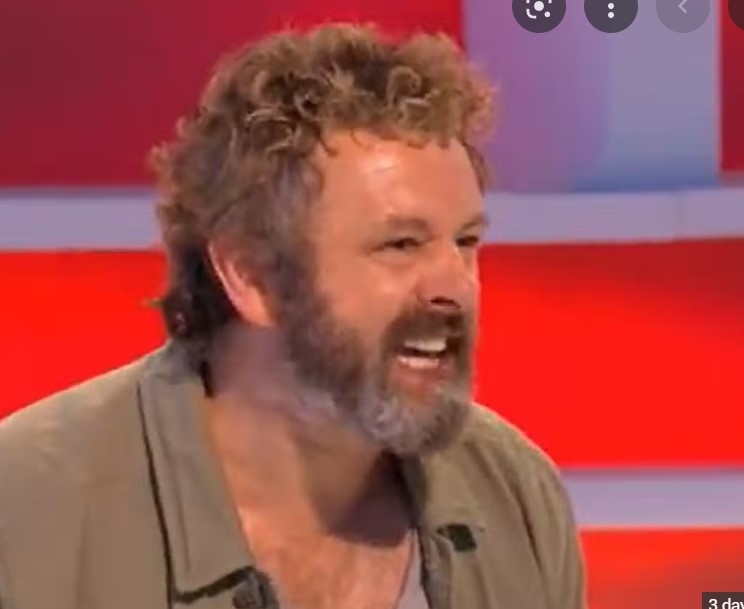 Michael Sheen in full flow on A League of their Own.

Page has revealed he intends to invite Sheen into camp after being urged to do so by his players, who were among the 13 million viewers of the clip.

The star of football movie The Damned United gave a thunderous motivational speech at the weekend on the Sky TV sport quiz panel show, a League Of Their Own.

American Olympic star Michael Johnson and Match of the Day host Gary Lineker were among the sports celebrities to rave about the address on Twitter.

Page revealed he was inundated with messages from his players after the clip was trending on Twitter and said: “It was outstanding, outstanding.

If there’s anything that’ll pump you up this morning, it’s this… Michael Sheen, PRINCE OF WALES ❤️🏴󠁧󠁢󠁷󠁬󠁳󠁿 pic.twitter.com/diy8tO8CGW

“‘Give them some sugar.’ It’s fantastic. I well-up every time I watch it!

“I’d been in a meeting in Cardiff and my phone was going mad so I knew something significant had happened. When I watched it, wow, [I was] very emotional.”

Asked whether he was planning to bring the actor in to address the players, Page – who has signed a new four-year contract with the FAW – added: “Absolutely, he’s coming to the first [World Cup] game with me.

“I’ve already had messages from the players … they want to get him in straight away, absolutely.

“I was in a meeting in Cardiff and I was going back up north and my phone was going bananas so I knew something had kicked off.

“When I watched it, I was in awe of it, it was unbelievable. I’ve had some great reaction from the players and the staff.

“When you’ve got the passion to do that, we’ve got to use it to our benefit, absolutely.

🏴󠁧󠁢󠁷󠁬󠁳󠁿 Rob Page has signed a new four-year contract to take @Cymru to the @FIFAWorldCup and the next two qualifying campaigns.#TogetherStronger

Page said he has not met Sheen personally, but is keen to do so and added: “ I’d like to.

“Personally, I want to thank him for doing that. I do. I want to let him know that I appreciate what he’s done there. Because we’re on the map but he’s taken it to another level for us.

“Welsh football is in a good place at the moment. I’ve had pals that live in England going: ‘Wow, to be Welsh must be unbelievable.’

“They are watching our games going: ‘Why can’t we have that?’ It’s incredible, the atmosphere that we’ve got, that link we’ve got between supporters and the songs. I’ve got friends in England going: ‘I’d rather watch your games.’

Under Page, Wales have been quick to respond to their fans’ musical and cultural preferences.

But yma o hyd, you sons of Speed!

As they fall around us, we’re still here!”
pic.twitter.com/Nra9lligEv

The entire Wales squad lined up to sing ‘Yma o Hyd’ with Dafydd Iwan after the final whistle of the play-off final against Ukraine in June as Wales reached the World Cup for the first time in 64 years.

The 78-year-old singer was invited in to meet the squad at their Vale Resort training base in the Vale of Glamorgan.

Iwan was also presented with a signed shirt, with the name of the song on the back, by Page and captain Gareth Bale.