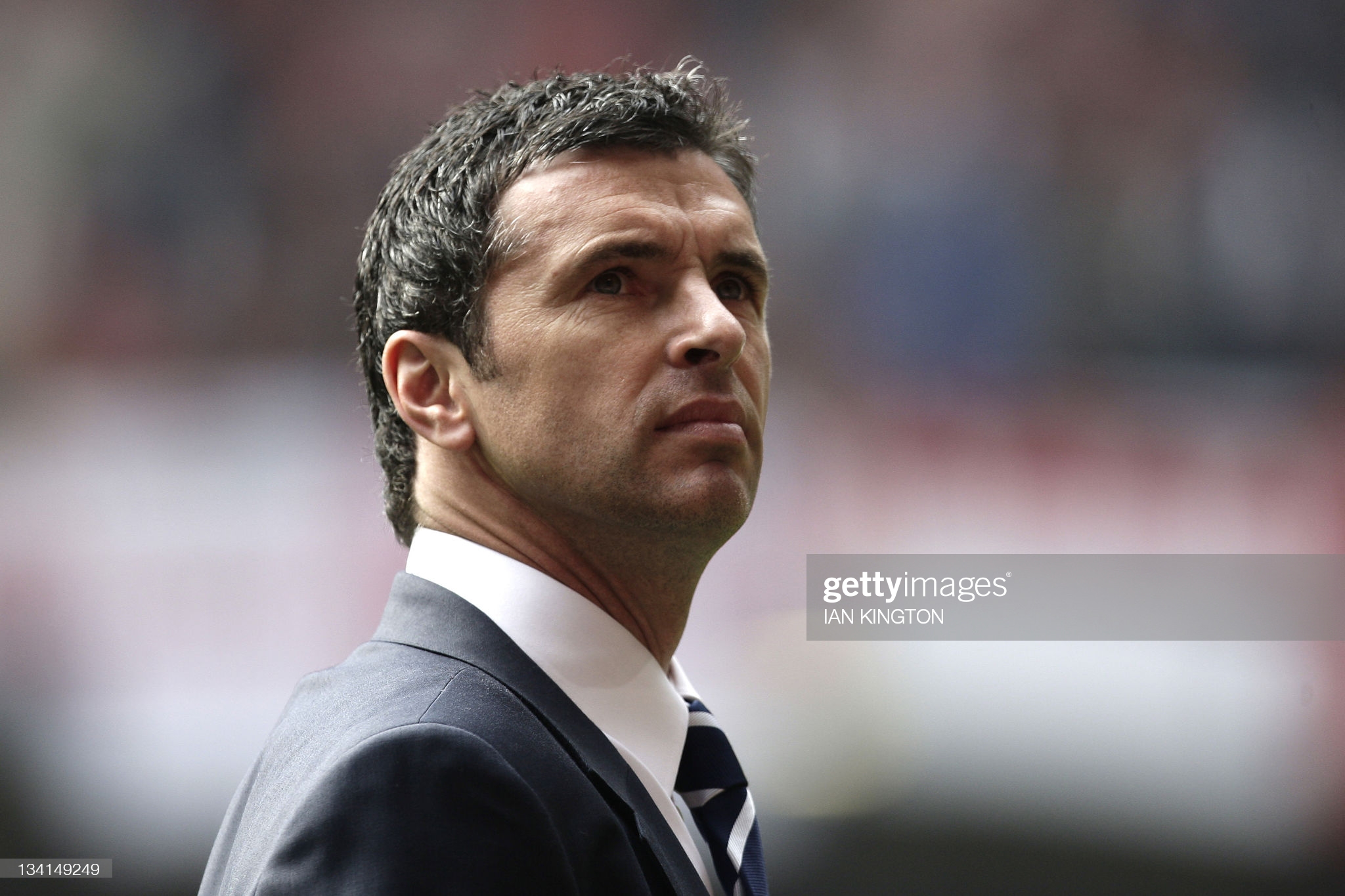 Rob Page has paid tribute to Gary Speed on the 10th anniversary of his former teammate’s death – crediting him with sparking the revival in Welsh international football.

As current caretaker manager Page now looks ahead to a World Cup play-off semi-final at home to Austria in March, but he has also spoken of his gratitude to Speed for planting the seeds of success during his time in charge of the national team.

Saturday marks exactly 10 years since Speed was found dead at his home in Chester on November 27, 2011, aged 42.

Speed was manager of Wales at the time of his death, which stunned the sporting world.

He won 85 caps as a player and also had hugely successful spells at Leeds United, Everton, Newcastle, Bolton and Sheffield United.

“Gary was a good friend of mine as well as a teammate,” said Page.

“His legacy is assured. I was talking only recently to Gareth Bale about the way in which Gary brought so much professionalism and team spirit into the Wales set–up when he was manager.

“He made people really want to play for their country, when he was a player, a captain, and a manager and that was vital.

“That was the huge influence had had and I now see those similar traits in Gareth Bale.

Do not underestimate a quiet bald man. . . especially when it’s Rob Page and Wales ⚽️⚽️

We think Page has done a top job but are you on the same PAGE as us ?

“I had the privilege of playing with Gary and I classed him as a friend. If we can finish off this qualifying campaign by reaching the World Cup finals for the first time since 1958, then it will have been a fitting tribute to Gary.”

Marcelo Bielsa’s squad will also wear special T-shirts during the warm-up at the Amex Stadium, while captain Liam Cooper and Stuart Dallas laid flowers in remembrance on Friday by Billy Bremner’s statue outside Elland Road.

Leeds said in a statement: “Such a monumental figure of the game and an amazing person, Gary will never be forgotten.

“He has a suite named in his honour at Elland Road in the East Stand, which supporters regularly fill with pride on a match day.

“Leeds United captain Liam Cooper and midfielder Stuart Dallas paid their respects by laying flowers at Bremner Square at Elland Road, while warm-up T-shirts and black armbands will be worn in Gary’s honour during our match with Brighton on Saturday.

“All of our thoughts and wishes are with Gary’s family and friends this weekend, on the 10th anniversary of his passing. A true icon of the game.”

For Page, his determination to finish what he believes Speed helped start, means his focus now turns to those play-off games.

Scotland and Wales will meet each other in a World Cup play-off final if they win their respective semi-finals.

Wales will play Austria at home in their play-off semi-final. Scotland were drawn in the same play-off path as Wales and will have home advantage against Ukraine in their semi-final on March 24.

The winners of the Wales-Austria game will host the final against either Scotland or Ukraine.

Page believes his side have a “great opportunity” to reach the World Cup finals in Qatar next year.

“We’ve given ourselves a great opportunity,” Page added.

“We had to work hard for one and we got the luck of the draw for the second one, so the incentive is there for us.

“We’ll have two packed houses. We’ve seen the impact supporters can have on us in the recent campaign.

“We’ve given ourselves a great opportunity, haven’t we? It’s all there to play for.

“I’m not going to lie, I had one eye on Portugal and Italy. You want to avoid, on paper, the better teams and they are fantastic teams.

“Seeing them both finish in second place was a shock, but it’s good they’ve got together in the same group.”