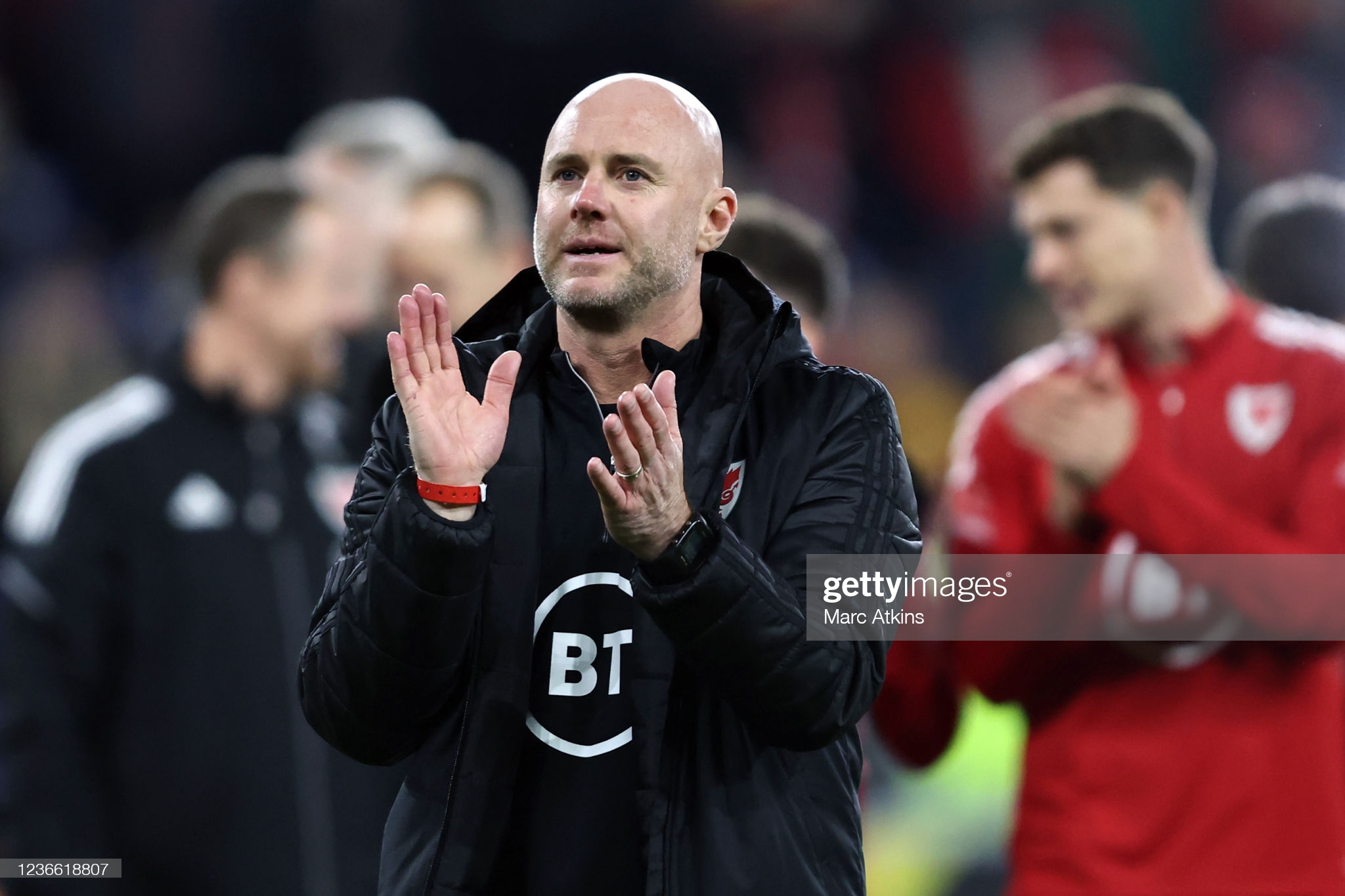 Wales manager Robert Page has described the prospect of facing England at the World Cup as “mouth-watering”.

The Dragons are one match away from making their first World Cup appearance since 1958 following a Gareth Bale-inspired 2-1 victory against Austria last month.

Wales will meet Scotland or Ukraine for a place in the finals, with England lying in wait in Qatar on November 29 if Page’s men triumph.

“Of course it whets the appetite,” said Page. “Yes, it is a mouth-watering tie, potentially. Scotland will be thinking the same, but our full focus is on getting there.

“I live in Sheffield so I was sat with some England supporters, and it was quite tasty when the draw was made.

First ever time Wales have been in a World Cup draw since 1958 😍 🏴󠁧󠁢󠁷󠁬󠁳󠁿 pic.twitter.com/SmAqND4oD1

“Where we have come from in the last two to three years has been phenomenal and we are continuing with this momentum. We have put ourselves in a wonderful position.

“The only one missing for us is a World Cup and 1958 is a long time to wait. Rightly, we are getting excited, but we have to just rein it in.

“We have been waiting years and years for this opportunity, so trust me when I say there will be no stone unturned.”

Alongside England, the United States and Iran also feature in Group B following Friday’s draw in Doha.

Page added: “When you look at it and you have got Iran and USA, they are good opposition – they wouldn’t be there if they were not – but there are teams you would want to avoid before them.

“It is a good group, and if and when we get there we will throw everything at it and we fancy our chances.”

Scotland’s semi-final against Ukraine has been postponed due to Russia’s invasion, with June being the most likely option for a new date.

Scotland boss Steve Clarke has suggested the tie could be delayed further ahead of the next international window in September.

But Page said: “First and foremost, we are sympathetic to what the Ukrainian people are going through, it is horrendous. UEFA will make that decision when they see fit and we have to be patient.

We will face Scotland/Ukraine to play England, Iran & USA @FIFAWorldCup
Walking the streets of Doha far from home, I was thinking about what it means for @Cymru and for football at all levels. Then a sign appeared …@FAWales #TogetherStronger 🏴󠁧󠁢󠁷󠁬󠁳󠁿 pic.twitter.com/KtKoO1eblg

“It is frustrating because we have a lot of planning to do. I would like to think in the next week we would have an answer.

“We are confident it will be the first week of June, but as to what date, I am not sure yet. There were rumours about September, but I absolutely cannot see that. I am sure UEFA will want this game played.”