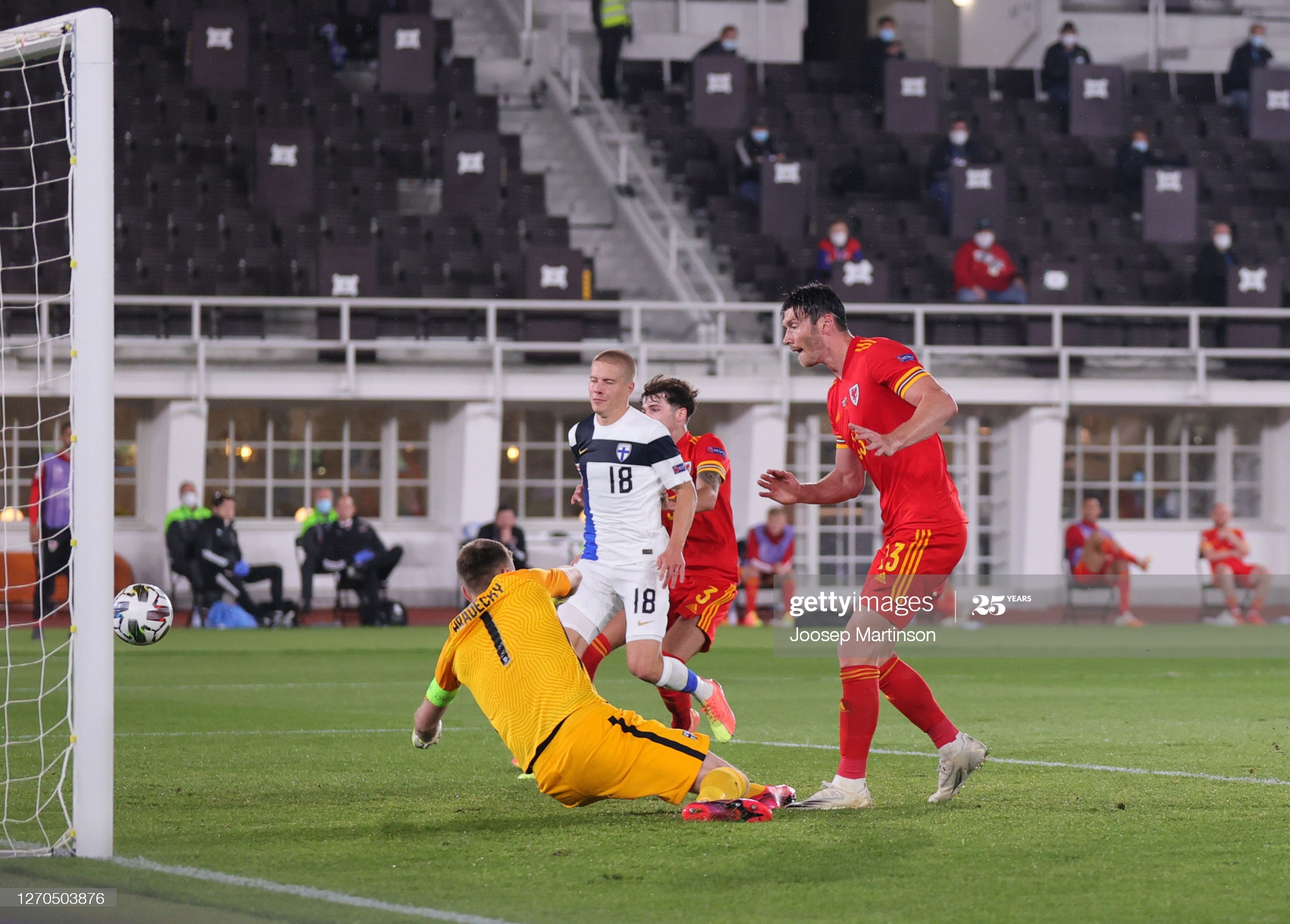 Caretaker manager Rob Page has urged Wales to finish their Nations Cup in style – and use it as a springboard to the World Cup.

Wales face Finland in their final group B4 game at Cardiff City Stadium tomorrow only needing a point to secure promotion to the top tier.

But victory could see them handed another chance to qualify for Qatar 2022 and reaching the finals of a World Cup for only the second time in history.

“That’s why it’s a big game,” said Page, who will continue to stand-in for Ryan Giggs.

🏴󠁧󠁢󠁷󠁬󠁳󠁿 Wales (5 games) and 🇬🇮 Gibraltar (3 games) are the only nations yet to concede in the #NationsLeague this season 💪 pic.twitter.com/JHrf1mIP8d

“It’s for many reasons, for us to be able to go into the World Cup qualifiers and worst case scenario you might still get a play-off place.

“It means there’s everything to play for.

“But we want to finish in style, we want to top the group and the icing on the cake would be to get promotion out of the group.”

The only other time Wales qualified for the World Cup finals was in 1958 when they lost 1-0 in the quarter-finals to Brazil whose goal-scorer went by the name of Pele.

Wales’ last game saw them defeat the Republic of Ireland 1-0 after which news broke of COVId-19 positive tests in the Irish squad.

“They’ve had a tough time of it, the Republic of Ireland, with the amount of people who have tested positive. We’ve tested all of our players and they’ve come back negative.

“The medical team have worked tirelessly to make sure we’ve got the best care and protocols in place. We’ve tested negative on three occasions and that’s really good for us.”

Wales claimed a vital 1-0 away win in Finland last September but the Finns go into this game having just beaten World Champions France in a friendly.

“It’s in our hands,” added Page. “We approach every game to win. We never try and play for a draw. The approach will be exactly the same as any other game.

“They have to win the game, they’ll have a game plan. We’ve worked on a few aspects and we’ll be fully prepared for it.

“There’s aspects of the performance you want to improve on. Of course, you are never completely satisfied.

“One part of coming into this camp was to keep the momentum going and with the games against the USA and against the Republic of Ireland we achieved that, and it sets us up nicely for a tough game tomorrow evening.”

Wales will be fully fit with everyone who missed the Ireland game through injury will be included in the squad.

“We had a couple that didn’t make it last week, but they’ve all trained this week, and everybody is fit and ready to go.”

Wales will also have a nearly full fit, Gareth Bale, as the Spurs man played the full 90 minutes against Ireland and Page believes that a full game will help the Welsh captain to get back to his best.

“Games help, having been there myself, you can do all of the training in the world and it’s nothing like getting that fitness for games and 90 minutes will absolutely help him and hopefully we get the rewards of that again now.”

But Wales will be without key defender Ben Davies through suspension after picking up his second yellow card of the campaign against Ireland.

“Ben’s a massive part of what we’re doing here. His experience is brilliant, on and off the pitch.

“With Chris Gunter, Bale and Ben, those three have been leading the standards in training, but it gives someone else an opportunity to step up.”

One thought on “Let’s Finnish Off Our Nations Cup In Style, Rob Page Urges Wales”