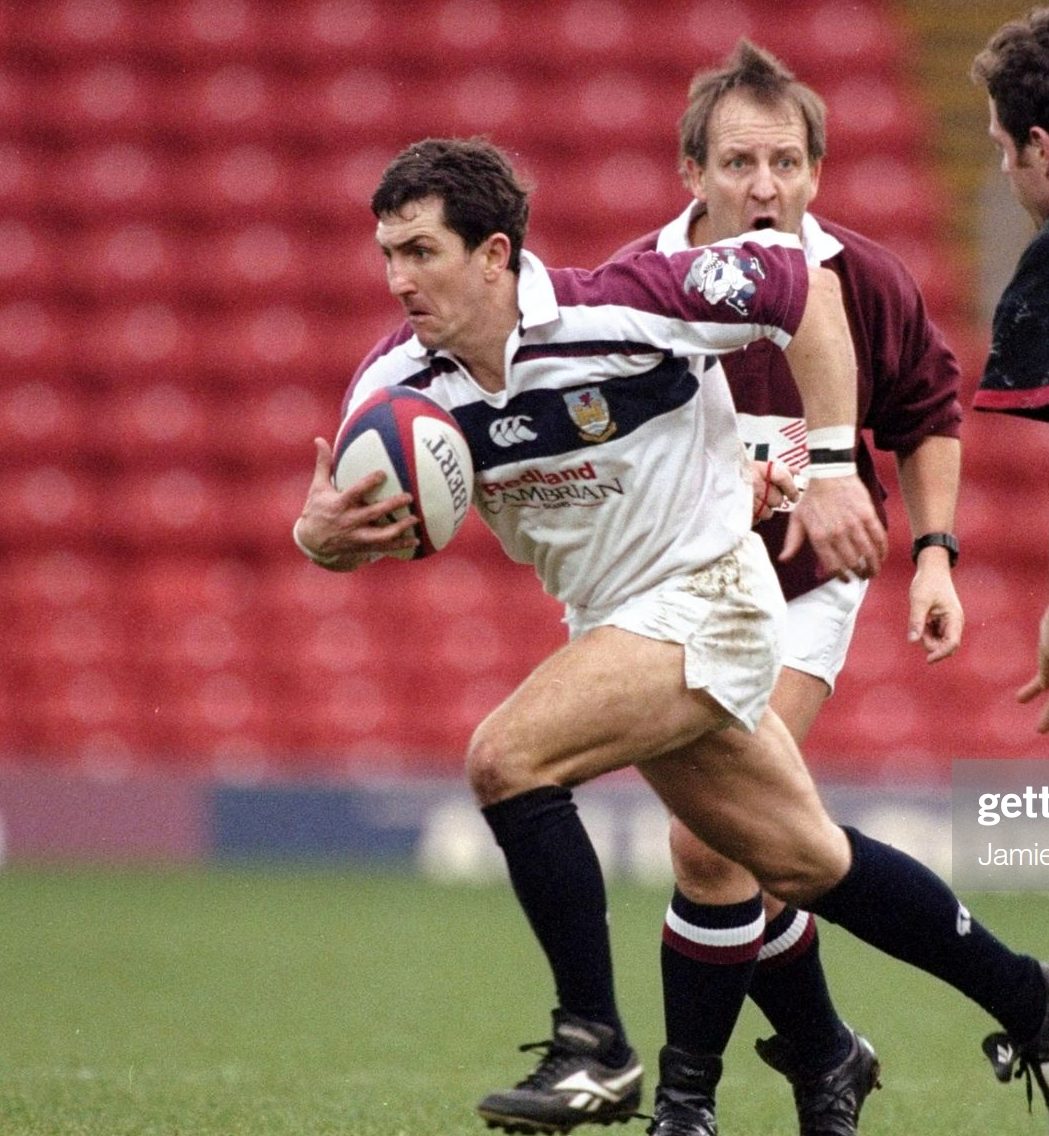 Robert Jones cherishes each one of his 54 Wales and three British and Irish Lions caps. But the proud son of Trebanos says that Swansea’s 1992 triumph over then World Cup holders Australia means more to him than his victories in a red jersey.

The match will be re-lived on S4C’s Clwb Rygbi, at 6.15pm on Saturday 6 June, and will also be available to watch on S4C Clic and BBC iPlayer after broadcast.

The week before the game was quite special. I had the opportunity to go out on the Saturday before to Lille, to play for the Barbarians in Serge Blanco’s last ever game, against South Africa.

And we got the win in that game, which was very important. So I travelled back on the Sunday, trained with Swansea on the Monday, and then a big game on the Wednesday.

I was full of confidence after the big win in Lille and I was excited about the chance to try and do it again against the best team in the world.

I was confident that our team was good enough to win in front of the Swansea fans, in a packed St Helen’s, and we wanted to show what we could do.

We’d lost against Australia in the 1991 World Cup of course, and this was a chance to do well for Swansea, and put your hand up to play against them for Wales in the Arms Park.

The atmosphere was fantastic. It was Australia’s first game on their tour to Europe, so we thought there would be a chance of catching them cold, and I think the supporters believed we were capable of beating them, too.

We were a creative team, and we wanted to play an open game. We had players like Anthony Clement, Mark Titley, Simon Davies, Scott Gibbs and Aled Williams.

But on the day, it was raining, it was windy, the conditions were poor and we had to change our style a bit – kick the ball into Australia’s half and make sure our pack stood up to Australia’s big pack.

The tactics were spot on and I’d never seen the pack play like that before. Keith Colclough, Chris Clark, Garin Jenkins, Dick Moriarty, Paul Arnold, and in the back-row, Stuart Davies as captain, who was such a natural leader, Alan Reynolds and Richard Webster.

Stuart spoke a lot of sense, he always knew what to say. He and Mike Ruddock took us to a level that we knew we could beat the best team in the world.

Australia had the biggest pack I’d ever seen. John Eales, Warwick Waugh, Tim Gavin, they were big boys, but behind them, the two that ran things for them were Nick Farr-Jones and Michael Lynagh.

I remember the ball coming back and popping it up to Richard Webster, I believe, and I knew if they could get it to Scott Gibbs, to run a hard and fast line close to the line, that he would get over to score the try, and that’s what he did.

The day that @swansearfc shocked the world of rugby! 👇

He hit a great angle and scored our first try. Whenever you play a part in an important try like that, you’re happy, and it brings a smile to my face when I see it again now.

We were happy because we’d done what we set out to do in the first half, but we wanted to do it again in the second half.

At half time, you looked around the changing room and everyone was up, believing that we could win the game, if we kept our game plan going and keep the pressure on their scrum. Not much was said really, but we all knew.

Swansea supporters ran onto the pitch at the final whistle, we were like heroes! When you look back on Llanelli against the All Blacks, it felt the same for us that day.

To get a win like that, with the players you train with every week, play with every Saturday, and in their company for years, was special.

Someone like Dick Moriarty, who was 35 and had been at the club for years and given so much, it was great for him to be a part of that.

It’s always great to do it with Wales or the Lions, but when you do it with friends you’ve had for years, it’s special for everyone.

I think it was more important to me. I’ve enjoyed every game I played for Wales and the Lions, and I’m very lucky to have had the chance, but I’d started off in Trebanos and then went down to Swansea, and that was my club.

Keith Colclough was a stalwart of the club, too, and he was phenomenal on the day, and the performance of that scrum was the psychological boost which gave us the confidence to win that game.

To see Keith and Dick’s faces after the game, it meant a lot to them.

Anyone who knows Garin, as a player or as a person, knows how much of a character he is, and that he put everything into every game he played.

When the game is tough and physical, if you want anyone on your side, Garin is that man. He didn’t score too many tries, so it was great to see him score the try to finish Australia off at the end.

We had to go out afterwards to enjoy the celebrations, and they went on throughout the night, and into the next day.

We started the celebrations in the club with our supporters, it was important to share a drink or two with the people who’d supported us all season.

I think we went down the Dragon Hotel afterwards, I’m not sure what it’s called now, for some food with the players and our families.

We all knew it was a special day, so we wanted to have a special night. People like Garin Jenkins, Alan Reynolds, Richard Webster, knew how to celebrate properly and set the pace, and we tried to keep up, but it wasn’t easy!

It’s years ago now of course, but it’s great to look back and I’m glad that people still remember it as an important win in Welsh rugby.