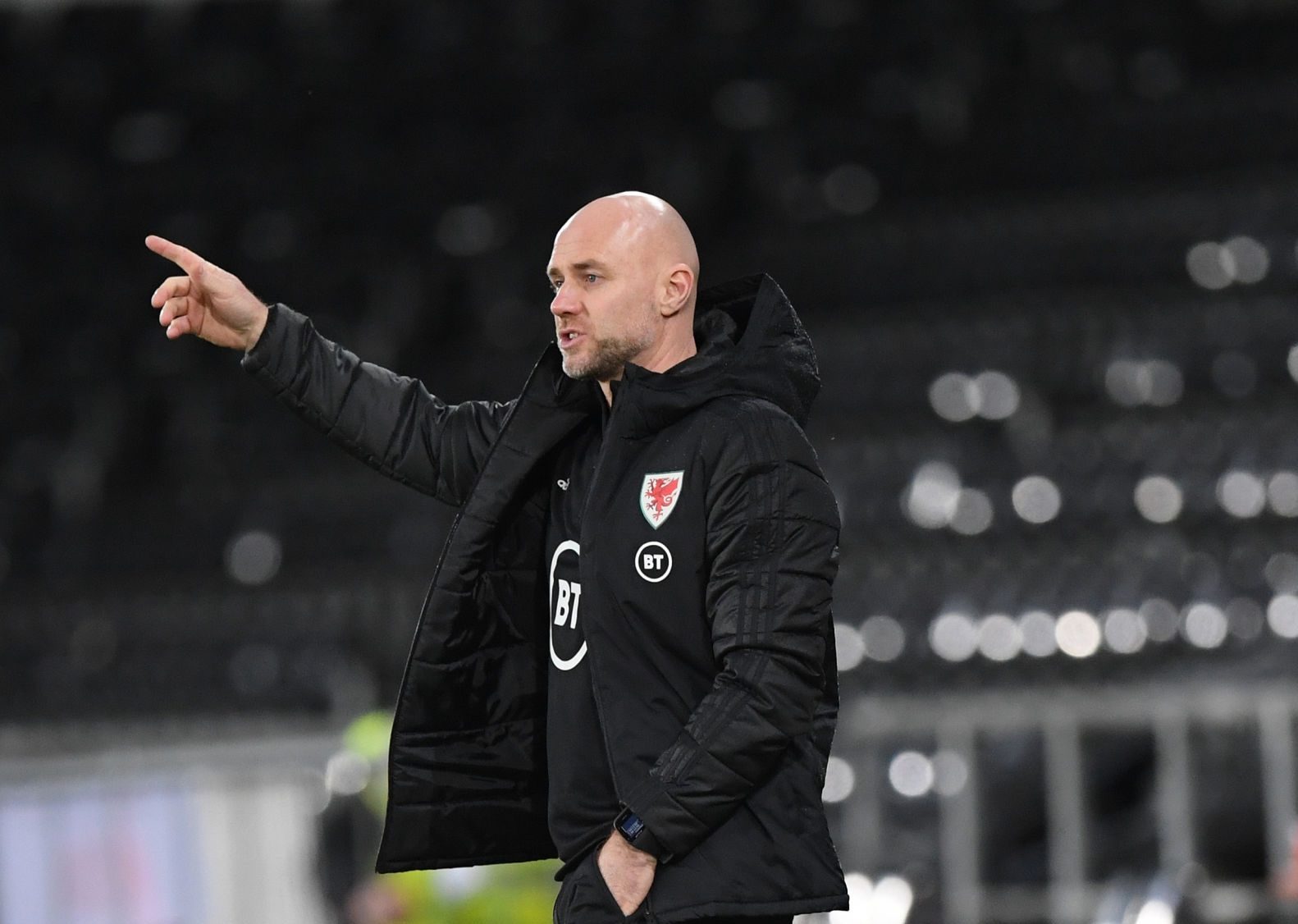 Robert Page was never one of the big stars of the Wales team when he was a player. But he did his job, backing up the leading lights. Now, as the caretaker Wales manager, his understated style is proving successful again – enough for Fraser Watson to wonder if the return of Ryan Giggs for the Euro finals would be a step forward or a retreat.

“Put your tin hat on, dig a trench, and rise to the challenge.”

Those were the words of Robert Page, Wales’ caretaker manager after the vital 1-0 win over the Czech Republic the other night.

He was talking about the frenzied finale that proceeded Daniel James’ late header that gave Wales a priceless first three points of their World Cup qualifying campaign.

But he could just as easily have been talking about his own situation as an unenviable stand-in for Ryan Giggs, who had secured qualification for the Euros in his last campaign as manager.

An opening tie against the No.1 ranked team in the world, followed by a tough-looking assignment against a rugged and durable Czech team.

Get little out of those games and Page’s trench would have needed to be a deep one to avoid plenty of flak.

Aesthetically beautiful, it was not.  But an end result Wales undeniably needed, it most certainly was.

“They would have enjoyed that little battle at the end,” added Page afterwards, referring to those moments when it was 10 versus 10 following a sending off for either team.

It was difficult to know whether those references – designed to laud the late defensive effort in which Joe Rodon starred – were actually Page relating to his current, and still at this point ambiguous, tenure.

Few positions in football are more contrary than that of the caretaker manager – a role the 46-year-old has dutifully filled since November.

Be your own man. Galvanise the team, short term. But then don’t throw your weight around too much, or you’ll disrupt tried and tested practice.

Speak well to the media. Outline your commitment to the job at hand. But then don’t talk too passionately, or you’ll simply be touting yourself for an extended appointment.

Don’t feel any pressure. This is a shot to nothing, a development you didn’t instigate. But then if it goes wrong, your future chances of a big time role will very much diminish.

The tonic to those imbalances of course, is to get results. Not to be swept away in demands for identity, or explanations of philosophy, or in getting fans lauding *insert manager name here*-ball.

Just simply produce results, and let those above you, in this case the FAW, address the legally complex elephant in the room.

It’s a notion that Page seems to be embracing. Since taking temporary charge in November, Wales have won three of their four competitive games.

Add two friendlies into the mix, and it’s been four wins and a draw from six, with four clean sheets to boot.

Defeat in Belgium last week against the top side in the world, represents the only glitch.

And Tuesday’s win over the Czech Republic showcased how nothing changes a post-match narrative like a win.

For long spells Wales seemed uninspired, perhaps bordering on aimless. Lumping long balls forward for Kieffer Moore in the first half was an understandable ploy – just negated by dint of the fact he wasn’t on the field at the time.

A Czech win, a 0-0 draw – and the lack of creativity would have been condemned amidst the admissions that a top two finish was improbable.

As it happened, that Gareth Bale cross, the James header, the Lawrence intervention, Rodon’s one legged block – all moments, and Twitter vines, already synonymous with one of Welsh football’s most significant wins in recent times.

No way Dan James has scored a header 😭😭 pic.twitter.com/yxhNQaebse

Of course, a fan base that spent so long in the doldrums will not get overly analytical about a fortuitous win, or a friendly success against a nation ranked ninth on the planet (Mexico).

And whilst Page stopped considerably short of hailing a perfect display, the perception grows that he continues to oversee a group that now knows how to win.

Regular results when backs are to the wall are not churned out by pure luck.

Wales kicked off in Cardiff this week without Aaron Ramsey, Ben Davies, Joe Allen, and David Brooks. A breach of team protocols on the weekend ensured Rabbi Matondo, Tyler Roberts, and Hal Robson-Kanu joined them on the unavailable list.

But there was fight, there was digging deep, there was a desire to keep pushing for a winner even after Connor Roberts’ red card evened up the numbers game. There were roars after that Rodon moment, and louder ones still at the finale whistle.

For all the difficulties surrounding the scenario he finds him central too, it’s clear making big decisions, and harbouring passion and a steely mentality within his squad, are aspects Page already has covered.

The situation with Giggs – arrested last year and bailed on suspicion of assault – lingers on in the background.

What his status as an FAW employee will be come June remains unclear. But if this quickfire trio of games has served as Page’s audition should Wales need a new man for the Euro’s, it’s one he’s surely passed.

Those far too deeply indulged in romantic idealism have called for Chris Coleman to stand by, to swoon in at the eleventh hour and instigate a run akin to that hazy summer in France five years ago.

Those closer to realism, and indeed, if it comes to it in charge of the new appointment, now look certain to stick with the man who is quietly proving his capabilities to get results. Even if that comes without the term ‘total football’ attached.

“Sometimes you don’t play as well as you like, but you win,” Page also said in Tuesday’s aftermath.

“And we’ll take that any day.”

We need to get this Giggs mess sorted ASAP now with the euros looming, Rob Page has certainly laid down a marker in his 5 games with 4 wins and 1 defeat

Indeed, all of Wales will., too.

Throughout his playing career, his managerial stints at Port Vale at Northampton, his work with his country’s under 21s, Page has never been one for public brashness.

But literally, and metaphorically, the quiet man is finding his voice.

And in the process, may just be drowning out the longing for Giggs to return.

One thought on “Robert Page . . . The Caretaker Taking Care Of Business Well Enough For Wales Not To Miss Ryan Giggs”