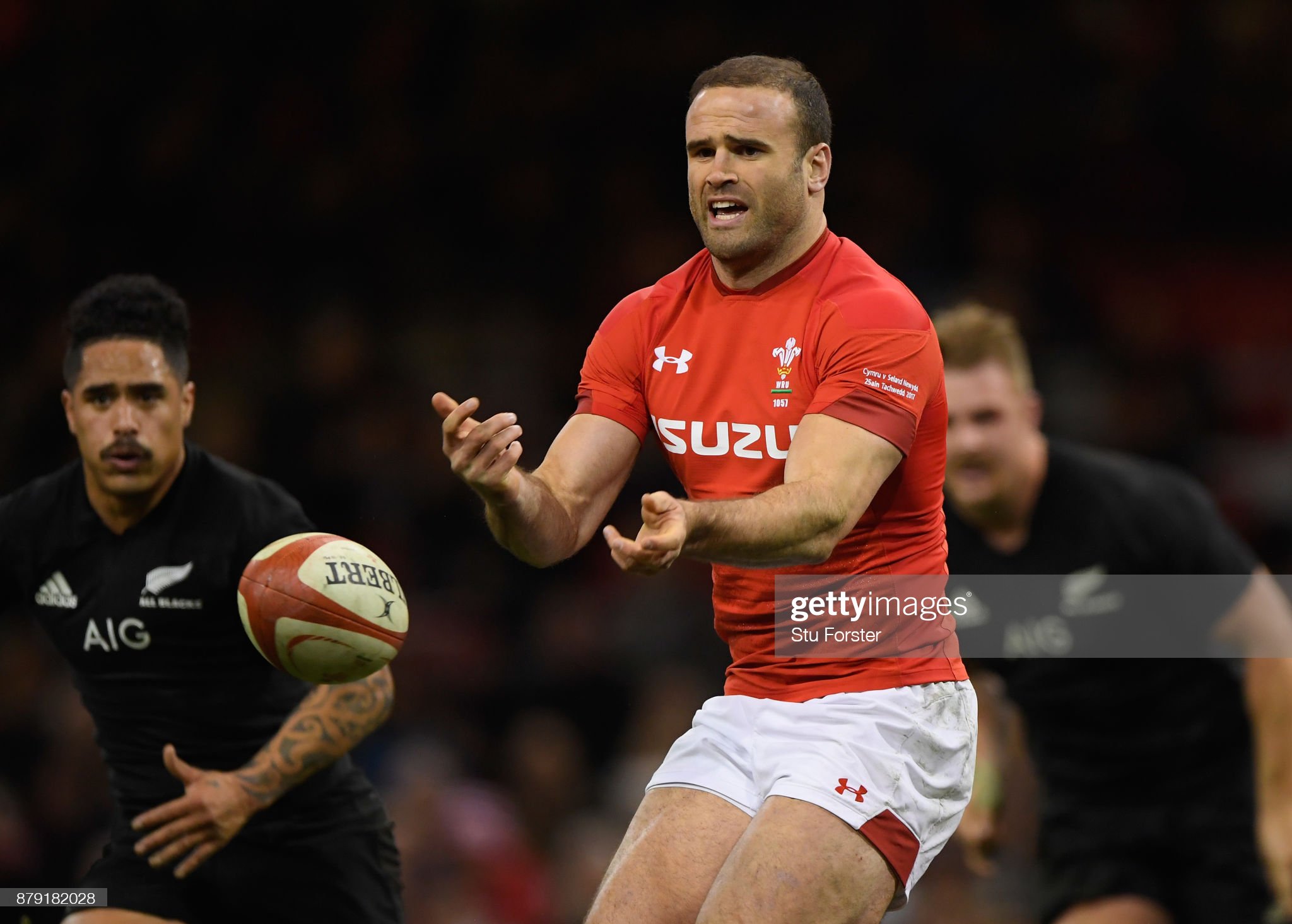 Jamie Roberts can help ease the pressure on Sam Davies as the Dragons look to topple Bristol in Europe.

The 94 times capped Wales international has brought an air of authority to the Gwent region. While previously outside-half Davies would have been solely calling the shots in the back-line Dragons director of rugby Dean Ryan believes there might have been too much pressure on his shoulders.

But the experience of Roberts and his vocal nature on the pitch will take pressure away from playmaker Davies which Ryan insists will be crucial in tonight’s European Challenge Cup quarter-final at Bristol.

“To have somebody with the battle scars of Jamie is a huge resource for us and a calming influence for us as well,” said Ryan.

“I think we’ve put a lot of responsibility on Sam Davies. We’ve taken Sam from a position where he was second string, coming in and out and was always behind Biggar at the Ospreys and then we brought him in and went this is your team.

“That doesn’t mean he’s got all the answers and at times he’s been out with other young players who haven’t got the answers. I think the stability factor is just confirming what Sam does is okay and it steadies stuff out.

“He’s been a steadying influence on Sam. I think we became overly reliant on Sam’s talk so now we’ve got another player who talks and people listen to.”

Wales flanker Aaron Wainwright, who enjoyed a stellar breakthrough season on the international circuit in 2019, has also seen the influence of elder statesman Roberts. The 22-year-old believes his attention to detail is crucial.

“He’s someone who can help them and guide them through training. He’s been great coming in.

“A new voice and an experienced voice is something that’s helped us in training. Whether things have been going right or wrong he’s someone who can step in and give a word of experience with that extra bit of detail.”

The Dragons face a Bristol side tonight who currently reside in fifth place in the Gallagher Premiership. Under the expert tutelage of rugby genius Pat Lam the Bears are fastest rising club side in England.

But Ryan believes the high risk offloading game employed by Lam’s side could aid the Welsh region.

And the small matter of Jordan Williams and Charles Piatau running back anything loose.#BRIvDRA https://t.co/zA8eFcU0HW

“It’s really important that we are aware of those opportunities to capitalise on it, but we can’t also mimic the way that they play.

“That’s the challenge because quite often they can pull sides into getting caught up and trying to do too much, then suddenly the game opens up and it’s gone away.

“I’ve watched some games when they have had bursts of 20 minutes when they have scored 25, 30 points. That’s difficult to maintain, so we are going to have to sit in periods when we are under pressure.

“We will have to capitalise on their mistakes then try at some stage to have our 20 minutes when it’s our pressure.”