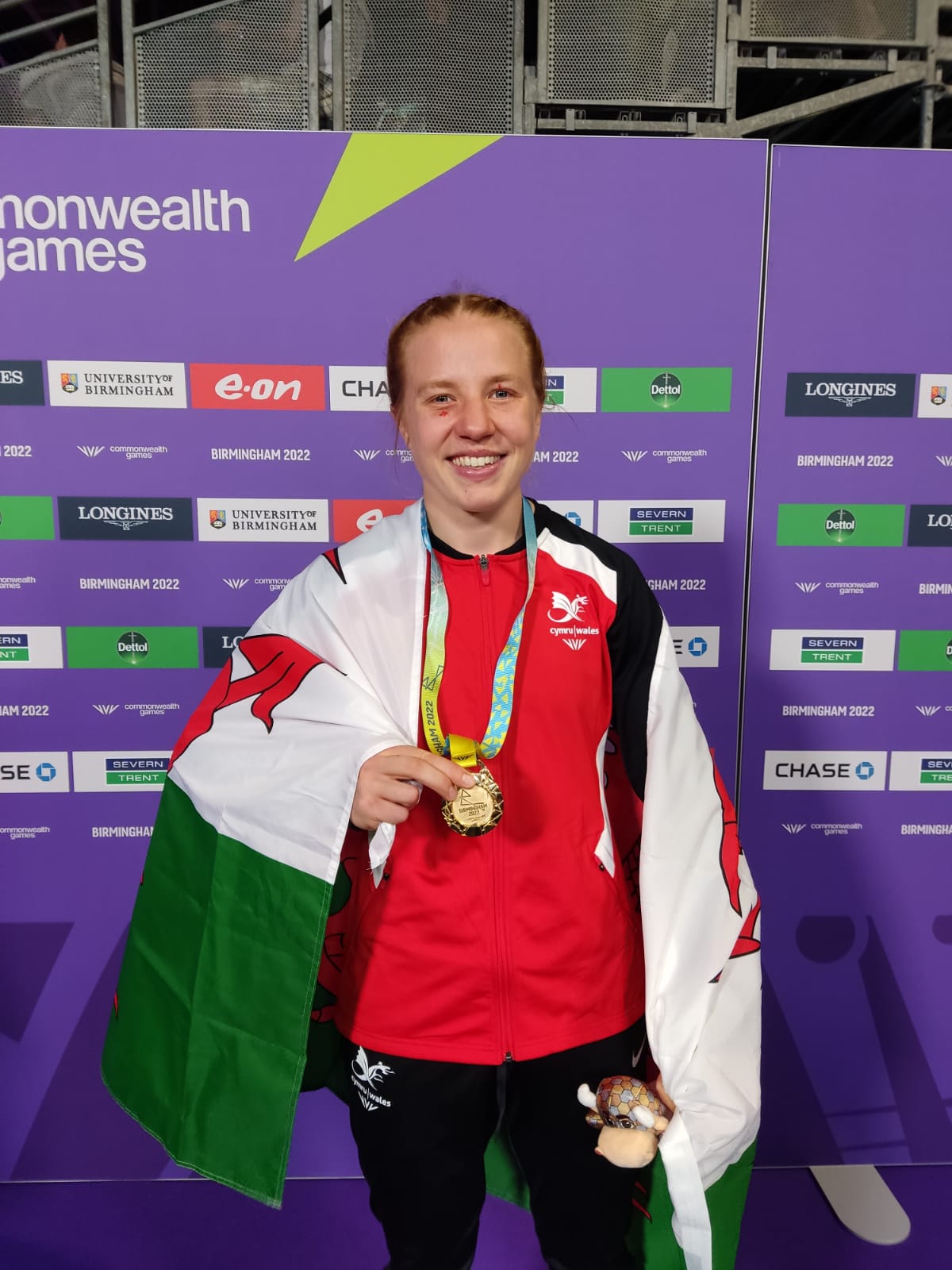 BIRMINGHAM – Comments from gold medallist Rosie ECCLES (WAL) after she beat Kaye Frances SCOTT (AUS) in the women’s light middleweight final at The NEC on Sunday.

On winning gold:
“I’ve had a few bad decisions go against me in the past, so I didn’t want to leave this one to the judges.

“Once I found my power was landing, I thought, ‘let’s just go.’ I was right up for this. It had to be now. I couldn’t live with myself not securing that gold medal.

“Hearing that anthem made the struggles, all the effort, so worth it.”

On winning gold after taking silver at Gold Coast 2018 Commonwealth Games:
“It means everything. I have trained and worked so hard. I’m forever the optimist, but even I was starting to think, ‘am I cursed, or something?’ I can’t believe I’ve actually done it.

“I wasn’t quite on it yesterday. But today I was right on it. I was mentally disciplined, but this is not just my medal. This is so many people’s medal who have helped me on my way.”

On her celebrations:
“I have had about eight hours sleep in the last four nights, but I’m buzzing so much I’m still up for some big celebrations.

“All my family are here. The only person not here, who should have been, is my first coach, Doug Lewis, who’s in his 80s. He’s back home, but I managed to Facetime him before the fight.

“He’s done wonders for me and this medal is for him.”