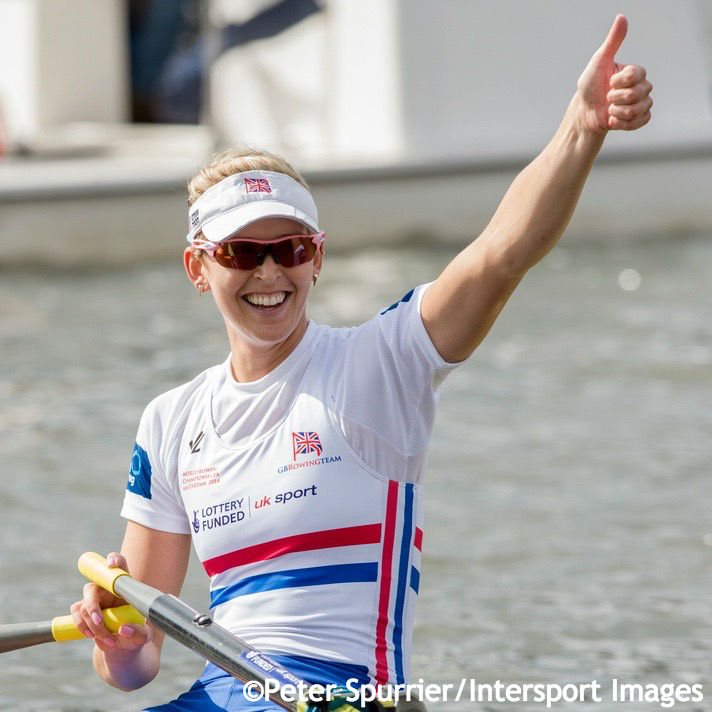 Vicky Thornley won the B final at the European Championships.

Vicky Thornley reckons she is getting back to her best as she prepares for the next stage of her comeback in Holland.

That followed Thornley’s seventh place at the European Championships as she returned to top-class racing after a break from the sport.

“World Cup II was a step in the right direction for me,” said the 31-year-old from St Asaph.

“I’m still not happy with finishing fifth but mentally it was important for me to be among the competition in the A final.

“Physically, I am feeling much stronger but I still need to find some more race fitness for the next one.”

Thorley, who switched to the single sculls after Rio winning world silver in 2017, will be part of a 70 strong squad heading to Rotterdam for the event (12-14 July).

It is the final international competition for the GB Rowing Team before August’s World Rowing Championships in Linz, Austria.

Molesey BC’s Beccy Girling is in the women’s four in Holland.

British Rowing Director of Performance Brendan Purcell, who is responsible for the Olympic, Paralympic and under-23 programmes, said: “Our priority for the 2019 season is to qualify as many boats as possible for the Tokyo Olympic and Paralympic Games, so this third World Cup is our last opportunity to test ourselves against the rest of the world before the qualification regatta at the World Championships.

“The squad heading out to Rotterdam is a fantastic mix of youth and experience. Our medal winning boats from the European Championships and second World Cup will be aiming to achieve podium performances once again, while providing another opportunity for all the boats to close the gap between them and the podium.”

You can follow the GB Rowing Team in Rotterdam on British Rowing social media channels and on BBC online and on the red button on Sunday, 14 July from 10:00 to 13:50.