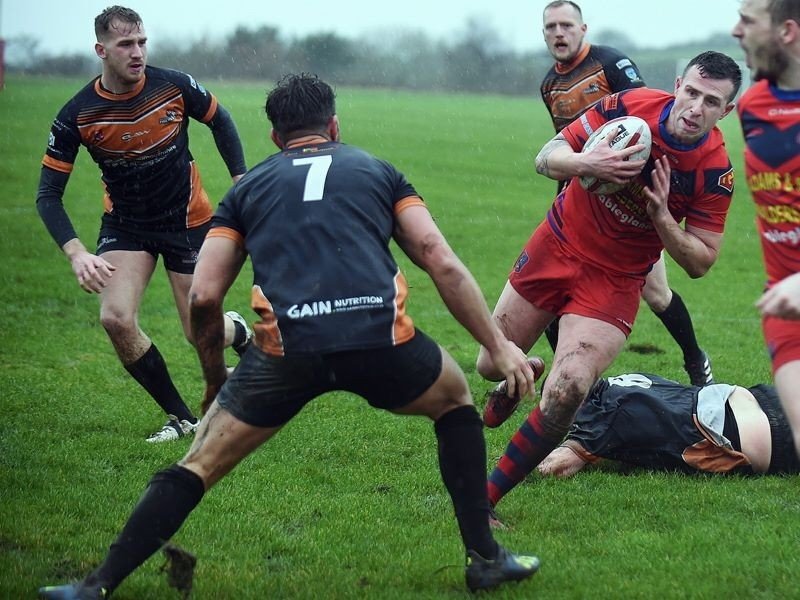 By Lorraine Degraff in West Cumbria

Torfaen Tigers crashed out of the Coral Challenge Cup on Saturday after being beaten 48-0 at Distington, the 2018 Cumberland League champions.

The New Panteg-based side left South Wales at 5am on the day of the game and played the 80 minutes just a couple of hours after completing the 300 miles to Cumbria.

The Torfaen players didn’t complete 600 in miles in a day, taking the sensible option and staying over in Cumbria on Saturday night, and their coach Matt Cummings is grateful for the hospitality he received.

He said: “It was a disappointing result for us, but we did have a great weekend up in Cumbria. A massive thank you to Distington ARL for their hospitality on Saturday and for looking after us in the evening.

“We’ve made friends with a great bunch of lads and we wish you all the best in the next round. For us, it’s onwards to the new Southern Conference League in the spring.”

And the journey home begins! Disappointing result yesterday but what a great weekend! Massive thank you to @DistingtonARL for their hospitality yesterday and looking after us last night! Great bunch of lads and we wish you all the best in the next round! #TigersYeaYea🐯

It was 18-0 at half-time after Stephen Conway finished off a flowing move to score in the left corner, Sutton converting once again.

The expected comeback from the Tigers didn’t materialise as the tiring day took its toll. Distington’s Greg Bedford who went over after a determined run through the Tigers defence for their fourth try.

This was shortly followed by a brace of tries from Liam McNicholas on 51 and 62 minutes, the first was undoubtedly the try of the game after a great midfield break by Gavin Martin with the ball being moved through hands onto Scott George who put a delightful kick through to find McNicholas racing under the posts. Sutton again converted.

Phil Lister was next on the scoresheet on 66 minutes converted by Sutton and on 69 minutes Kieran Ritchie powered his way over the line for Sutton to convert.

The final say of the day went to Greg Bedford who scored wide on the right with Clayton Sutton unable to add the extras.