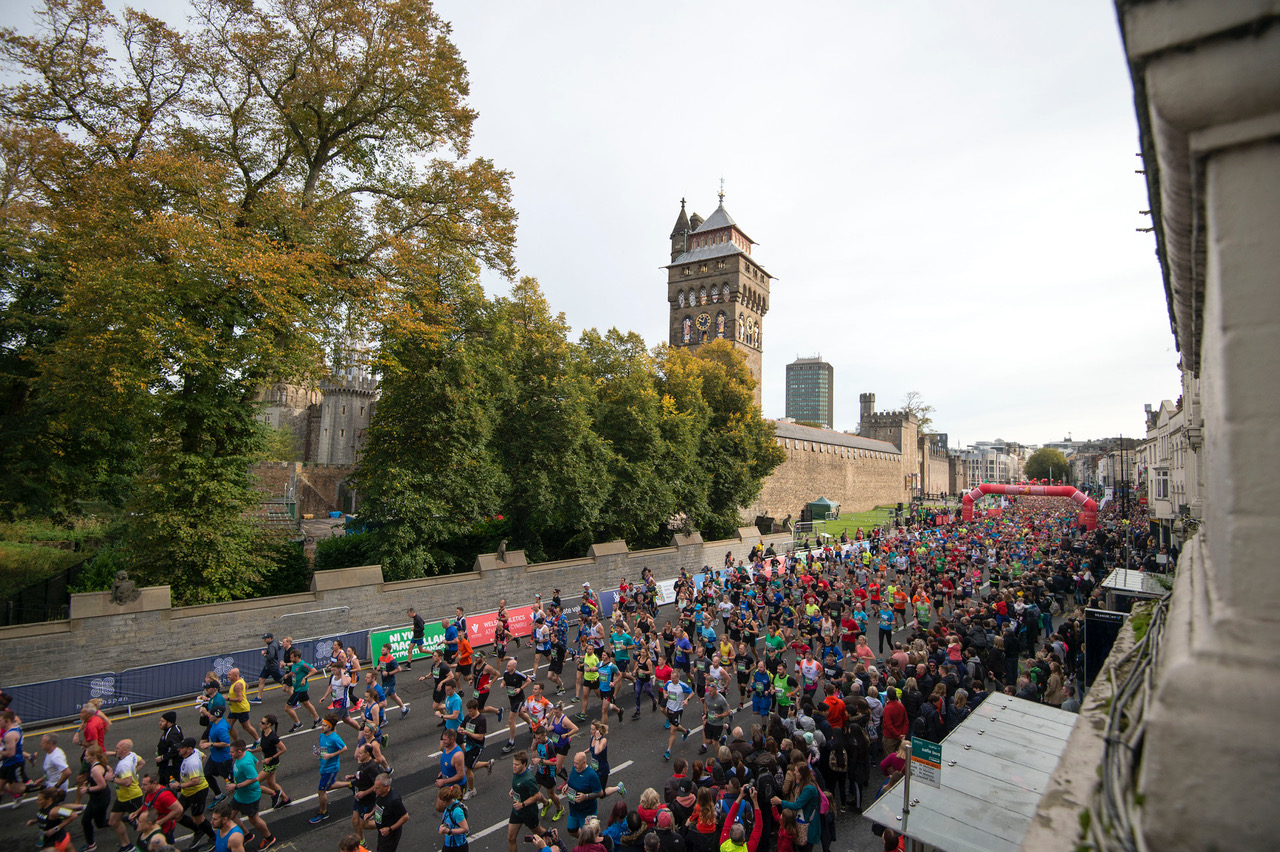 Run 4 Wales chief Matt Newman believes there is a new influx of “lockdown runners” who will help offset the postponement of organised races in Wales.

The man behind the hugely successful Cardiff Half Marathon insists the event can still thrive after organisers confirmed it has been postponed for this year.

The third biggest running event in the UK – which was scheduled to take place on October 4 – has been put back to 2021 due to the coronavirus pandemic and it will now go ahead on March 28.

Organisers Run 4 Wales have also shifted the Newport Marathon back to April 18 after it had already been moved once from April to October.

The decisions follow on from the scrapping of this year’s Cardiff 10K which had been earmarked for September.

But the moving of both Run 4 Wales races – officially titled the Cardiff University Cardiff Half Marathon and the ABP Newport Wales Marathon – can be weathered by the upsurge in new runners, according to Newman.

“As part of our work with the MSO (Mass Participation Sports Organisations), we are aligned to the leading events organisations across the UK,” said Newman.

“Our SuperHalfs partners and World Athletics Gold Label provide us with unique insight into the approach being taken in many other countries which will allow us to collaborate and share best practice in event delivery as we begin a new chapter in mass participation events.

“We are therefore optimistic that the new demand created by the growing number of ‘lockdown runners’, and the ongoing appetite from the running community, will allow Run 4 Wales to bounce back in 2021 with a full season of running events.

“In the coming weeks we will also share plans on the launch of some innovative new initiatives, including virtual races and a membership scheme, offering exclusive rewards and motivational challenges while we are all missing the buzz of major events.”

Last year, 27,500 runners participated in the Cardiff Half race while in excess of 100,000 spectators filled the streets of the capital.

Only the London Marathon and the Great North Run in Newcastle are bigger running events in the UK calendar.

But Newman added: “We have been closely monitoring the situation surrounding the COVID-19 outbreak and the guidance issued by the Government and it is now clear that it will not be possible to stage events of this scale in the autumn.

“We would expect the Welsh Government to make further announcements in the coming months on a gradual return to a full sporting calendar.”

The Cardiff Half helps raise around £4m for various charities and would have enjoyed an increased profile this year – forming part of the new SuperHalfs Series taking place across Europe, together with Lisbon, Prague, Copenhagen and Valencia.

The hope is that organisers can still hold the 2021 October race in its original slot, meaning there will be two events taking place next year.