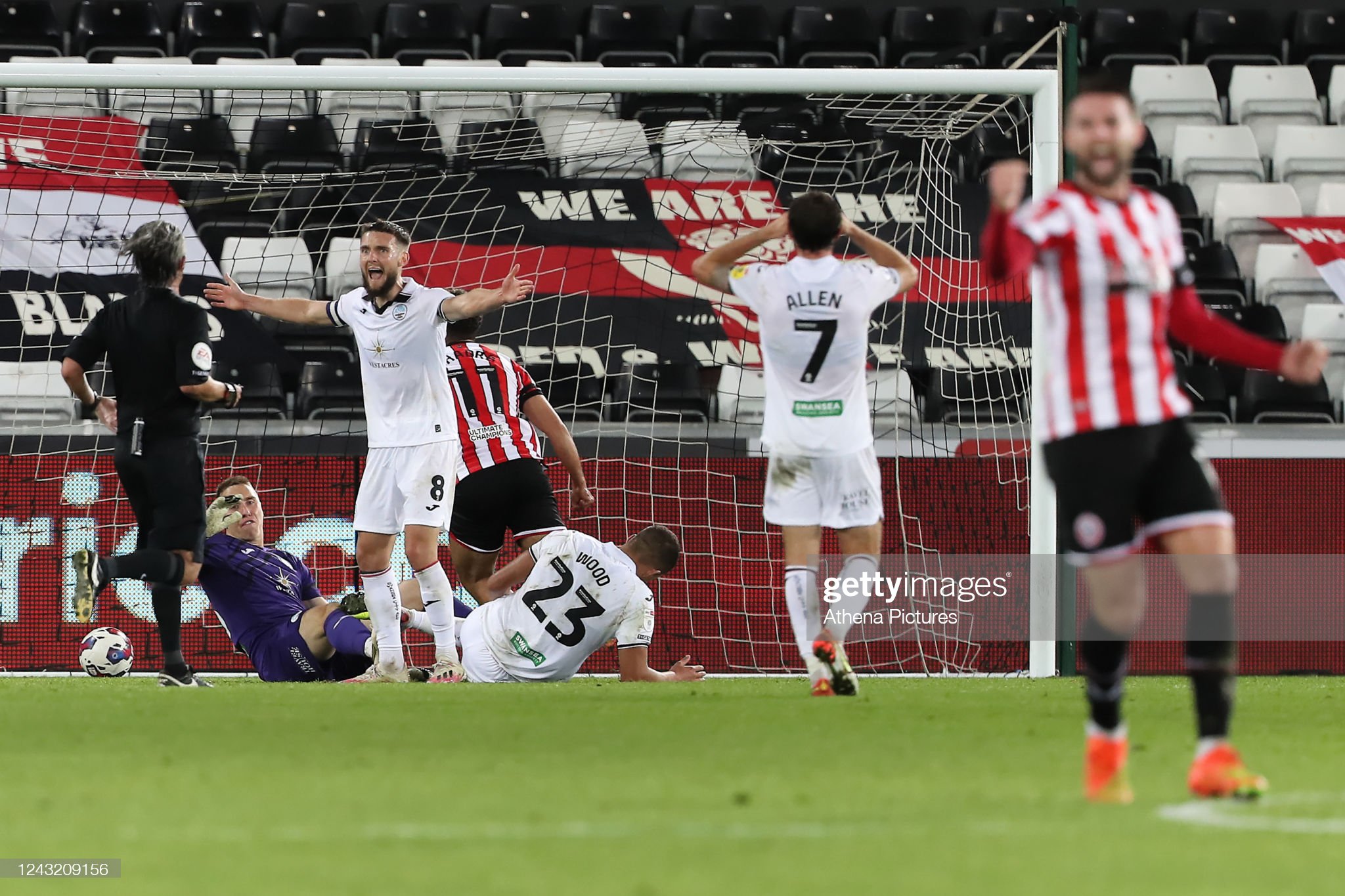 Russell Martin admits Swansea City’s inability to take chances – and injury time weakness – is costing them any chance of climbing the Championship table.

For the fifth time already this season, the Swans conceded a goal beyond the 90th minute as they went down to a 1-0 home defeat to Sheffield United on Tuesday night.

The 94th minute winner scored by Reda Khadra – conceded within seconds of a Swans’ attack breaking down near the Blades’ goalmouth – leaves Martin’s side in 21st place, just one spot above the relegation zone.

It came after the head coach had seen his team blow a number of goalscoring chances with Joel Piroe, Oli Cooper and Ryan Manning all spurning opportunities.

Piroe’s fellow striker, Michael Obafemi, was again left out of the squad following the fall-out from his failure to achieve a move away from the club during the transfer window.

“We have to make the most of the big chances we had in the game, those big opportunities in front of goal,” said Martin.

“We don’t and we have paid a heavy price for that, we are 45 seconds away from everyone walking away feeling very positive about the performance against a team who are top of the league and have been free scoring.

“Steven (Benda) had one save to make early in the first half and apart from that he was not tested at all.

“We went toe to toe with a team at the top of the league. The players were great for so long and it is really difficult to sit here and be positive when it ends in that way.”

The Swans have scored just seven goals so far this season in nine matches, the joint lowest tally of any club outside of the relegation zone.

Another blank scoreline might have earned them a point if referee Darren Bond had agreed with Martin’s debatable claim that a foul should have been awarded against Rhian Brewster when he clashed with Swans defender Kyle Naughton in the build-up to the goal.

“I trust Kyle. He has had his heels clipped. The lad has not meant to, Kyle has run across him and there is a bit of contact,” added Martin.

“But we should make sure it does not get to that point, we are on the attack they clear it and they have one guy around three or four of ours.

“There’s a bit of hesitation and then we allow the pass back inside.

“But it is a foul and it’s the easiest decision the referee has had to make all night, in the 94th minute.

“We have a guy who is running back towards his own goal, the guy clips his heels. The referee hasn’t given it, we do not deal with it, and everyone leaves feeling different about the night than they had done 30 seconds earlier.

“But I have had a chance to look at it again, which the referee does not, and I have the luxury of knowing Kyle as a person and trusting him.”

Sheffield United manager Paul Heckingbottom insisted Brewster had not committed a foul and added: “I didn’t think it was a foul [before the goal].

What a moment! ❤️

The tackle from Bash, the ball from RND, the work-rate from Brewster and the finish from Reda. Khadra’s last minute goal against Swansea! pic.twitter.com/T3vkrIZJ1d

“I think Kyle [Naughton] realised he was in a foot race and he was going to get beaten. He tried to step across Rhian [Brewster]. What Rhian’s done well, he’s put the brakes on and jumped so there was no contact.

“But I would have complained if I was Russ, course I would, but it’s not a foul.”

Heckingbottom admitted his team had not been at their best for most of the contest, but had rewarded for their perseverance.

He added: “You have got to make the most of it when you win a game like that. There will be a game when it goes the other way, so you have got to enjoy it.

“We gave Swansea three good chances. There were three real good tackles. The final one was from Bash (Chris Basham) and we scored about eight seconds later.”