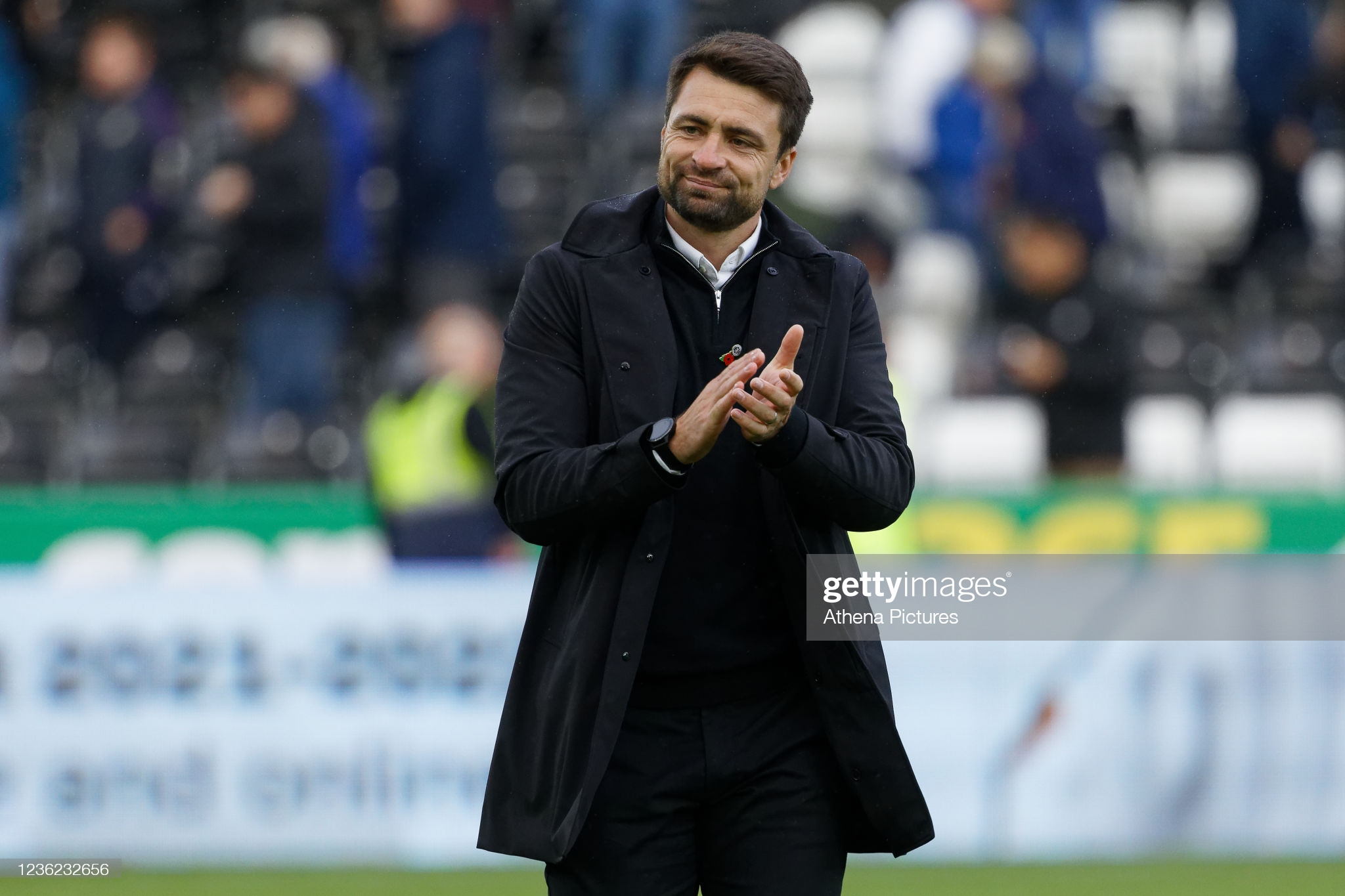 Russell Martin has paid tribute to Swansea City’s fans, claiming they inspired his team to victory after returning to their home stadium for the first time in seven weeks.

Ryan Manning’s superb long-range strike was enough to seal all three points for Swansea as they overcame Preston 1-0.

Manning’s 51st-minute strike was reward for a much-improved display after the break from  Martin’s men and the result leaves them sitting just behind mid-table in the Championship, with four points gathered from back-to-back unbeaten games.

“There is a lot of relief at the end of a tough period,” said Martin.

“But I was so pleased for the supporters because they have been so patient and understanding of what is going on here.

“There has been a lot of change, and change can be messy and scary at times. But there is a big understanding and an awareness of the long-term view for the team and the vision and identity we are trying to bring to the team.

“So, it’s great to give them moments like that. The atmosphere was brilliant, especially in that second half and the boys just fed off that.

“It would have been a very different game without them in the stadium, so we are grateful to have them back and we hope it stays that way.

“It’s been a really difficult period for our players to manage and I am sure it has been the same for the supporters missing those emotions that we know football can bring.

“But we were so pleased to all be back together again and celebrate it with a win.”

After a tight first half, the Swans played with real energy after the break and had chances to extend their advantage.

They had to weather a late spell of Preston pressure, but they got the three points.

“I am really pleased we got the win and a clean sheet,” added Martin.

Good to be back today and to see a win #SwanseaCity pic.twitter.com/3MxUwK97HE

“We limited a very good team to one shot on target for the 90 minutes, and I feel like we could and should have scored a couple more goals.

“We could have shown a bit more calmness in the final third and in front of goal, but of course we are pleased to win.

“I thought we started off a bit tense in the first half, we were a little bit flat. Maybe that is to be expected when we have just had six weeks without playing here in front of our own fans.

“I just felt we were missing that spark, that bit of energy, but the second half brought all of that.

“I really liked us in that period and then it got a bit open, because they carry a threat and they gambled.

“It became a bit too open, but we defended properly, limited them to very little and I am really proud of the guys for that. We have got three points, which I think we deserved.”

The breakthrough came from an unexpected source, as left wing-back Manning found himself in space and with defenders backing off he let fly from 25 yards.

Goalkeeper Daniel Iversen was beaten by the pace and the precision and Swansea had a deserved lead six minutes into the second half.

Preston’s Ryan Lowe said : “I thought we might get something at the end but, in general, I thought the turnovers were too quick.

“We gave away the ball too cheaply and we were trying to force the pass at times. I wanted us to be a bit braver and on the front foot in the final third.

“I thought we ran our socks off but it’s just that last little bit; we know we’ve got to try to find a way of scoring more goals and the final ball wasn’t right. The effort is always going to be there but we were just lacking that little bit of quality in certain areas.”