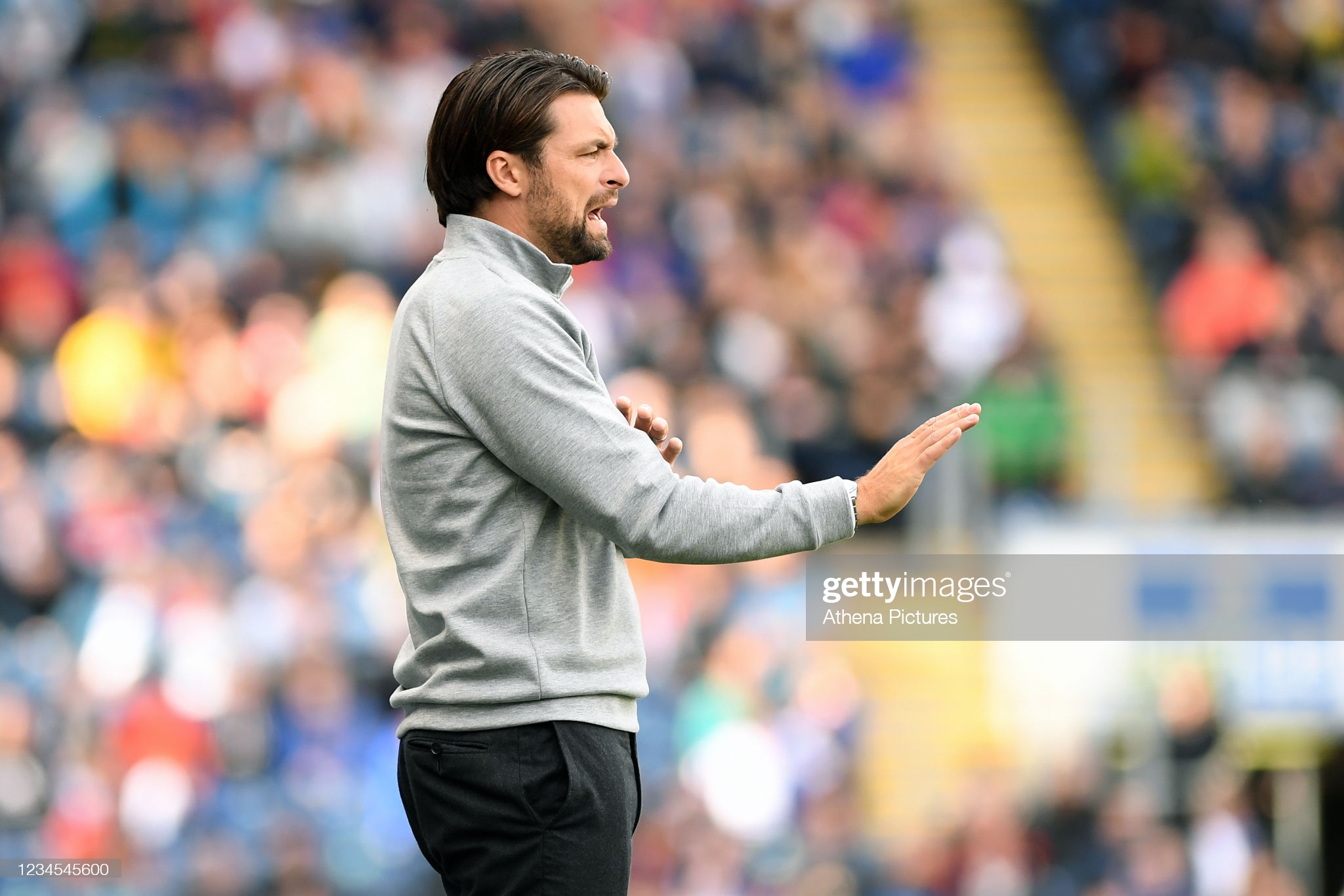 New Swansea City head coach Russell Martin insists he was encouraged by his team’s “courage” in trying to adopt his passing style, even though his first match in charge ended with a 2-defeat at Blackburn Rovers.

The Swans suffered opening day defeat at Ewood Park – a venue where they have not tasted victory for 50 years – with Jamie Paterson marking his debut with a goal.

The visitors had trailed to a Sam Gallagher goal and a Ben Brereton penalty after a mistake by Swans keeper Steven Benda, but finished the game strongly as they adjusted and adapted to a new gameplan and style of play under the 35-year-old Martin.

“I think we deserved more, we had the three best chances of the game,” insisted Martin.

“I’m disappointed for them that the penalty cost us a goal, the mistake.

“I thought Steven was great, so I’m not going to criticise him. I thought he was brilliant. He came for things, he’s brave, he made good decisions on the ball and mistakes will happen – especially this early on.

“We’re also really pleased with the guys’ mentality, their courage, to keep doing things we’re asking them to do and I think as the game went on and on, we got better and better.

“(We were) really dominant, really controlled and yes, I think Blackburn were hanging on at the end. We’re probably a bit unfortunate to come away getting beat.

“I think people have to be patient, but the players willingness to take on what we are asking them to do has been incredible and hopefully they felt at times today what they can achieve.

“There were a couple of brilliant actions we will go back through tomorrow at the training ground and learn from.

“There are other things we need to do better, but we are asking them to be courageous and have conviction in what they are doing. I cannot ask them to do anymore on that front.

“So, in terms of the style, although we lost the game and we are disappointed with that, I am really pleased with a lot of the stuff we saw.”

In an end-to-end encounter, last season’s beaten play-off finalists were the architects of their own downfall, contributing to both Blackburn’s goals.

The hosts pressed Swansea with purpose and were rewarded in the 36th minute through Sam Gallagher’s confident finish.

A mistake from Benda gifted Blackburn a penalty and Ben Brereton Diaz emphatically doubled the lead in the opening minutes of the restart.

Paterson’s debut goal reduced the arrears minutes later but – despite chances at both ends – Blackburn held on to give themselves a timely boost, with goals from their two main strikers on a day when Adam Armstrong, their top scorer last season, was not included.

Swansea will rue those lapses in concentration but also passed up opportunities at vital times, with Thomas Kaminski denying them twice.

Blackburn manager Tony Mowbray said: “I think it materialised into the game we thought and expected.

A blunder by Benda! 😩

Swansea City’s Steven Benda had a moment to forget as he gave the ball away in his own box and topped it off by then conceding a penalty in the Swans’ 2-1 defeat to Blackburn👇 pic.twitter.com/k1ccKEmkpN

“I think the uncertainty with Russell taking over was whether he was going to try and implement what he did at MK Dons and he did.

“We are young, energetic, athletic and we played on the front foot and tried to take it off them.

“We felt we should have been in front by more than one goal at half-time and I think (we had) enough opportunities not to be not hanging on at the end, but be finding it difficult for them to have a go at the end. It shouldn’t have been as close as that.”