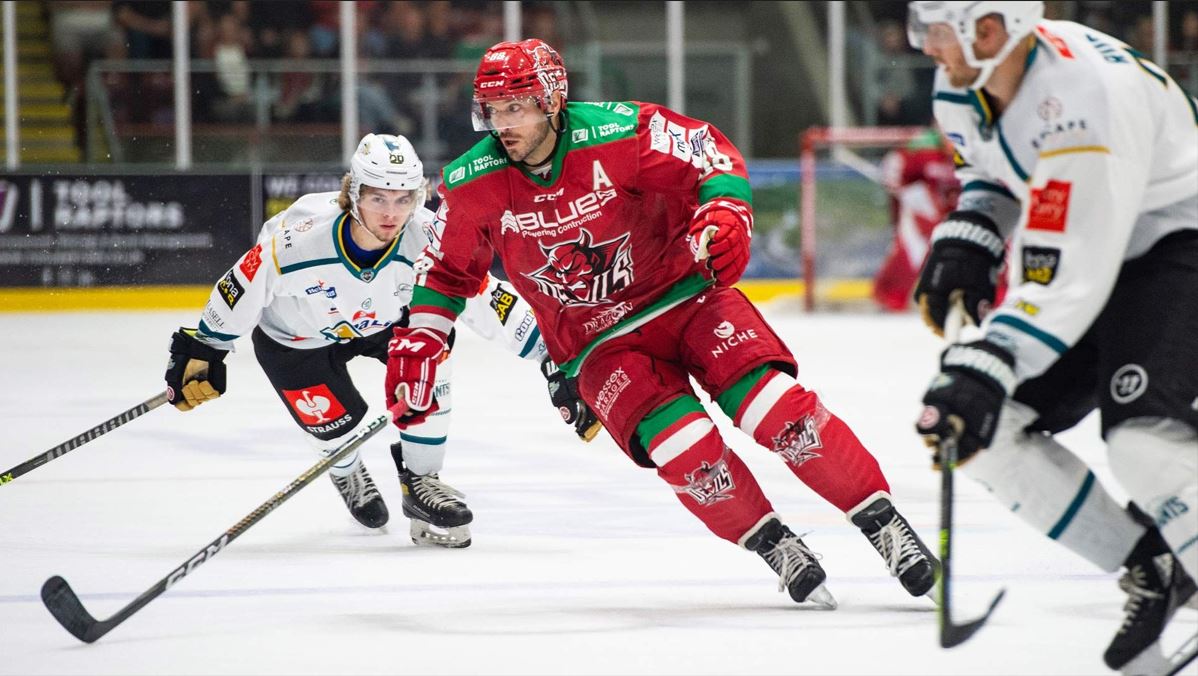 The Cardiff Devils came away from their opening weekend of pre-season with plenty to ponder after suffering back-to-back defeats to the Belfast Giants.

Saturday night’s 5-1 defeat in Belfast was the Devils second in as many nights, preceding a disappointing 3-1 loss at Ice Arena Wales in which they managed just 11 shots on goal.

Whilst results at this stage of the season are of minimal importance, the Devils will be keen to use the next three weeks to skate off pre-season rust and add some polish to their performances before the start of the Elite League season on 10th September.

The Devils found themselves with an uphill struggle last night as Belfast broke into a 3-0 first period lead.

Joey Martin, who had a team-leading six shots on goal on the night, briefly reduced the deficit (assisted by Marcus Crawford and Riley Brandt) in the second period before Steve Owre quickly restored the Giants’ three-goal advantage.

Captain David Goodwin wrapped the game up in the third frame, scoring a fifth Giants goal on young Devils goaltender Will Kerlin.

Goodwin and Chad Butcher each posted a goal and an assist for the hosts.

On Friday, a disjointed Devils performance that was abruptly summed up when a costly turnover in the final 11 seconds allowed Mark Cooper an empty-net goal to secure Belfast a 3-1 win in front of a sell-out crowd.

The Devils were visibly rusty and struggled to find their groove, producing a total of just five shots on Giants goalie Peyton Jones in the last two periods.

Martin swept in a power play marker, assisted by Ryan Penny and Justin Crandall, to tie the game in the second frame and cancel out Colby McCauley’s first period opener.

But Belfast were back in front in the third as Ciaran Long scored short-side on Bowns before Cooper’s empty-netter wrapped it up.

Goalie Taran Kozun is expected to be available for next weekend’s double header against the Manchester Storm.

Kozun, who posted 11 wins for the Devils last season, is expected to return to training tomorrow having had an extended pre-season break due to a family wedding. There is no update at time of writing on centre Jake Coughler, who despite training last week, did not ice in either game against Belfast.

Tickets for the remaining pre-season games and the season home opener against the Manchester Storm on Sunday 11 September are on sale via the Cardiff Devils official website.