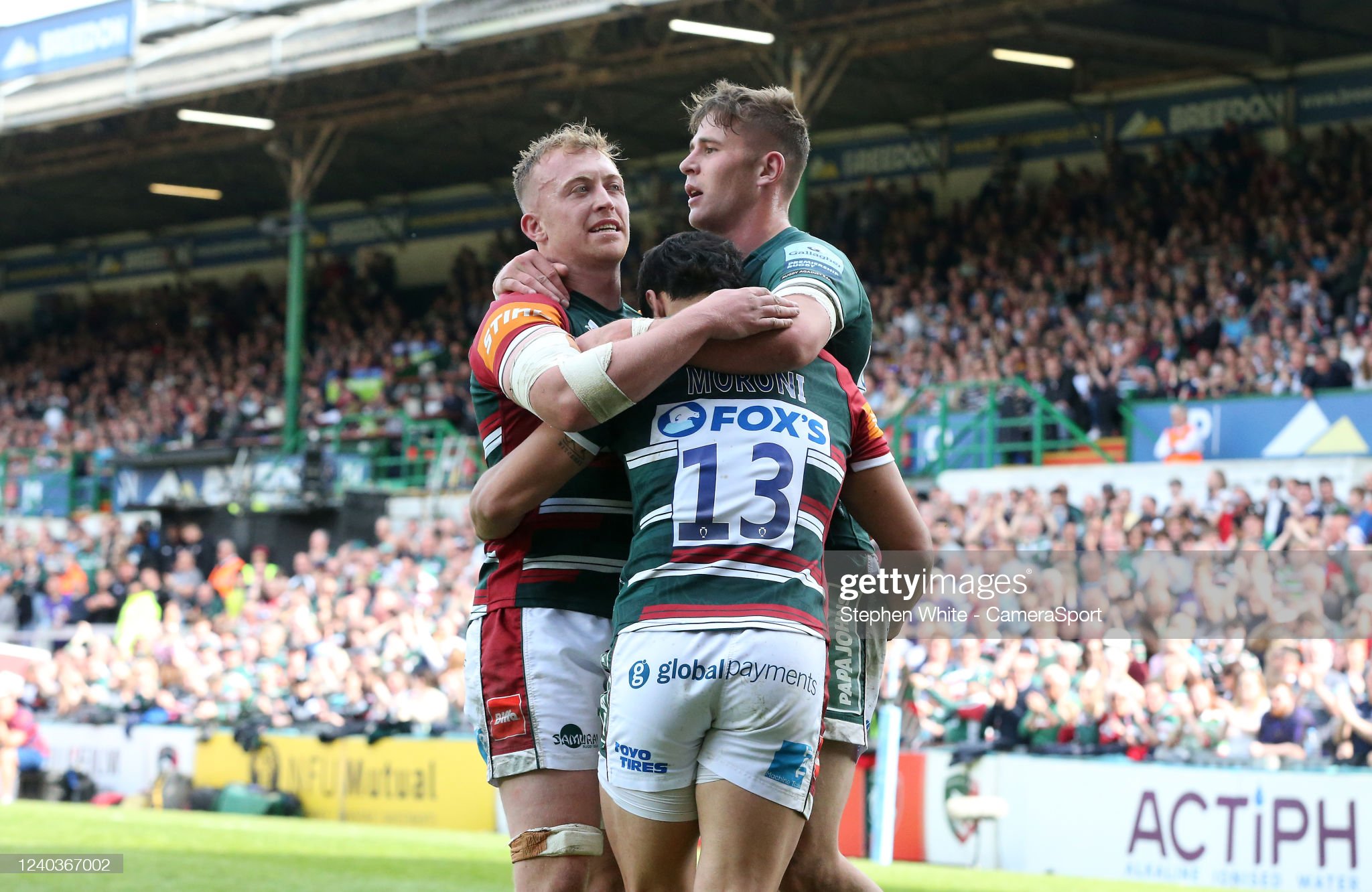 Tommy Reffell has been announced in the Welsh squad to tour South Africa. Pic:Stephen White - CameraSport via Getty Images.

Wayne Pivac has named two uncapped players in his squad to tour South Africa this summer.

Leicester flanker Tommy Reffell and Ospreys back row forward James Ratti have been included alongside George North who recently returned from injury.

BREAKING Dan Biggar leads Wales in South Africa despite AWJ being part of the squad.

Rhys Patchell in for Callum Sheedy.

Tommy Reffell gets the nod ahead of Jac Morgan. @WalesRugby

Dan Biggar retains the captaincy, although Alun Wyn Jones is included, but there is no place for Lions centre Jonathan Davies.

Scarlets duo Johnny Williams and Rhys Patchell are also named, along with the fit-again Dan Lydiate.

Pivac said: “We’ve had some players come back from injury like George North so that’s exciting for the squad. Some players have been ruled out through injury, so there’s naturally going to be change there. Then we’ve looked at players’ form, who we are playing, where we’re playing – we have two games at altitude – and what our gameplan will be when considering selection.

Great to see Tommy Reffell in the Wales Squad for the tour of S. A.

Hat tip as well to my old @cardiffmetrfc mate Simon King, his former PE teacher for his role in Tommy's development.

Always a thrill to see a prodigy become an international.
Congrats @pencoedrfc too. 🏉👍🏴󠁧󠁢󠁷󠁬󠁳󠁿

“I spoke to Tommy Reffell before we announced the squad for the Six Nations. We looked hard at Tommy and decided to leave him out then. He’s played very well since, he’s been very consistent – one of the most consistent players in the English Premiership so we feel that he deserves an opportunity and he will be well tested on this tour.

“This three Test Series is going to be a challenge. It always has been, history shows that and certainly that’s what we’re looking to achieve – to get a victory there if not two and win a series. The first two Tests at altitude are going to be a challenge, so first and foremost we’ve got to do a lot of preparation here in Wales before we go and make sure we are in the best shape possible to perform well.

On the captaincy Pivac added: “Dan Bigger is named captain. We’ve obviously got great leadership in the group with Alun Wyn and Dan. Dan did well in the Six Nations and Al has come back from a pretty big lay off. He’s had a little bit of rugby and we want him to hit his straps as a second row and be the best player he can be and focus on playing. He’ll lead naturally anyway but certainly he’s looking forward to that challenge.”

Interesting choices – seems experience has trumped other factors in selection decisions which is sensible given its away in South Africa.

Chuffed to see James Ratti and Tommy Reffell there! But very concerned about how this tour could go https://t.co/2C61t6X4Bn

The first Test against the Springboks will be held at Loftus Versfeld in Pretoria on Saturday 2 July. From there Pivac’s squad will head to the Toyota Stadium in Bloemfontein (9 July) for the second Test, before completing the series at DHL Stadium in Cape Town on Saturday 16 July.

Wales and South Africa have faced each other 37 times to date with the first encounter taking place in Swansea in 1906. The two sides’ last fixture was during the 2021 Autumn Nations Series where Wales were narrowly defeated 23-18 at Principality Stadium.

Players unavailable for selection due to injury: