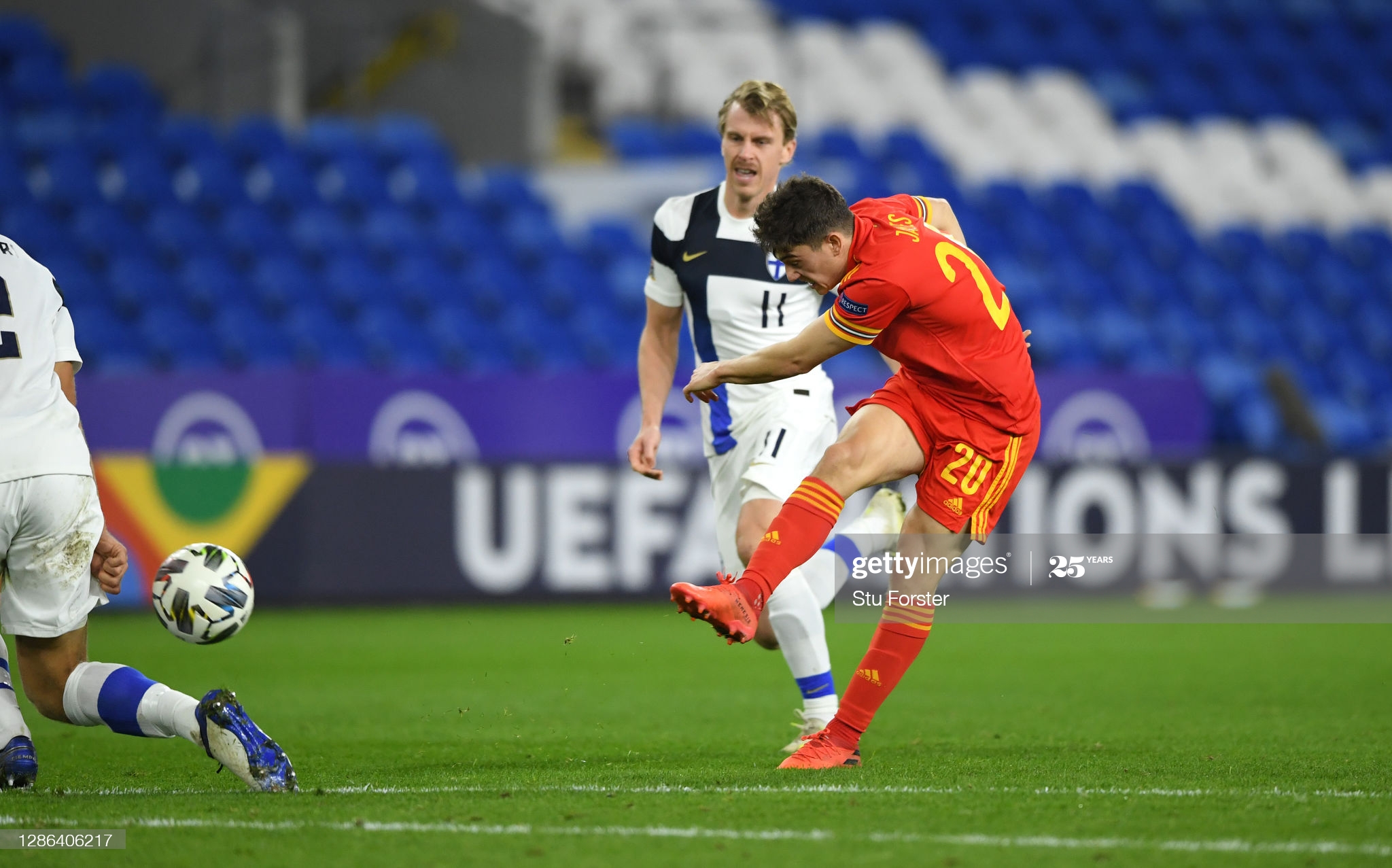 Ryan Giggs told caretaker boss Rob Page that he was ‘proud’ as  Wales’ victory over Finland saw them promoted into Nations League A.

The duo spoke after the 3-1 victory over Finland at Cardiff City Stadium that also boosted Wales’ chances of reaching the 2022 World Cup.

Harry Wilson, Daniel James and Kieffer Moore all struck in an impressive victory against the Finns.

Page was in interim charge for the third time following Giggs’ arrest over an alleged row with girlfriend Kate Greville at his Manchester home on November 1.

The 46-year-old former Manchester United star, who has denied all allegations of assault made against him, has been bailed amid an ongoing Greater Manchester Police investigation.

“We did not take this whole campaign light-heartedly,” said Page, the former Wales Under-21 manager who joined Giggs’ coaching staff 15 months ago.

“We knew the rewards were there, potentially to get a World Cup place irrespective of where you finish in your group.

“It’s a great achievement. What Ryan started in this campaign, to go unbeaten and to win in the manner that they did, I was pleased.

“I am extremely proud of that group of players in there, as is Ryan. I spoke to Ryan straight away at the end of the game.

“He’s extremely proud of the players, how they’ve gone about their business and how they’ve handled the camp, to show the resilience and win the group.

“I’ve got mixed emotions, but you’re proud to play for your country, lead them out as a captain, and to stand in the technical area leading them is a proud moment.”

Wales were handed a one-man advantage after just 12 minutes when Finland defender Jere Uronen dragged down Wilson with the forward through on goal.

Wilson netted on 29 minutes from Gareth Bale’s pass before  James added a second moments after the restart with a stunning strike from just outside the area.

Chris Gunter also came on to win his 99th cap as Wales, who have not lost a competitive fixture since June 2019 – a record-breaking run of 11 games – finished top of Group B4.