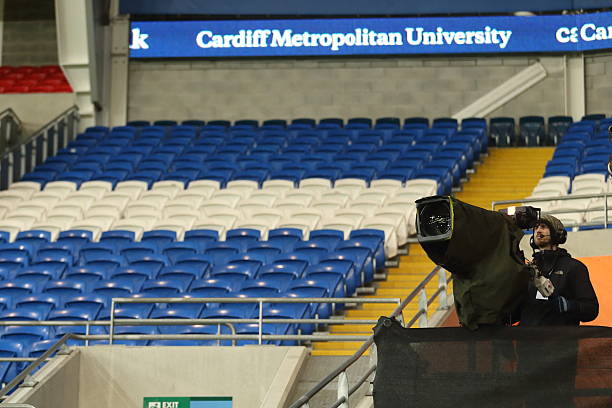 S4C cameras will be firmly fixed on the Indigo Premiership throughout the season. Pic: Getty Images.

S4C’s Rygbi Indigo Prem have confirmed they will show matches from every round of the new season, with coverage being shown online and on television.

Lauren Jenkins will host Rygbi Indigo Prem, and she will be joined by a host of familiar rugby names throughout the season.

S4C’s coverage gets underway at Sardis Road on Saturday 3 September, with a live broadcast of the match between Pontypridd and reigning champions Cardiff.

The match will be televised on S4C and shown online on S4C Clic, with kick off at 5.30pm. English match commentary will also be available.

news from the media launch of the @IndigoPrem @S4C will broadcast up to 22 games live over the season, that’s up from 15 games last season

On Thursday 8 September, the match between Swansea and Aberavon will be shown online on S4C Clic, S4C YouTube page and the S4C Chwaraeon Facebook Page, with kick off at 7.30pm.

Newport host Cardiff on Thursday 22 September, with the match being shown online from 7.30pm.

A week later on Thursday 29 September, there will be live online coverage of Bridgend v Merthyr (7.30pm), while Ebbw Vale v Llandovery will be broadcast online on Thursday 6 October (7.30pm).

Lauren Jenkins said: “It’s a new Indigo Group Premiership season and it feels like a fresh start after the impact of the pandemic on the last few seasons.

“The clubs have all strengthened during the summer, and with the likes of Adam Warren, Dan Baker, Josh Lewis and Tavis Knoyle all joining the league, the quality will only improve.

“But as we saw last season, the level of entertainment on show is second to none, with so many high-scoring matches and fierce rivalries. That is what Welsh rugby is all about.”

Sue Butler, S4C Sports Commissioner, said: “The Indigo Group Premiership is the pinnacle of Welsh club rugby and is an important foundation of our national game.

“S4C is committed to showing Welsh sport across all of our platforms and we’re looking forward to some cracking Thursday night games.”

“To have this coverage across a number of channels can only be good for the game and the Indigo Premiership.”