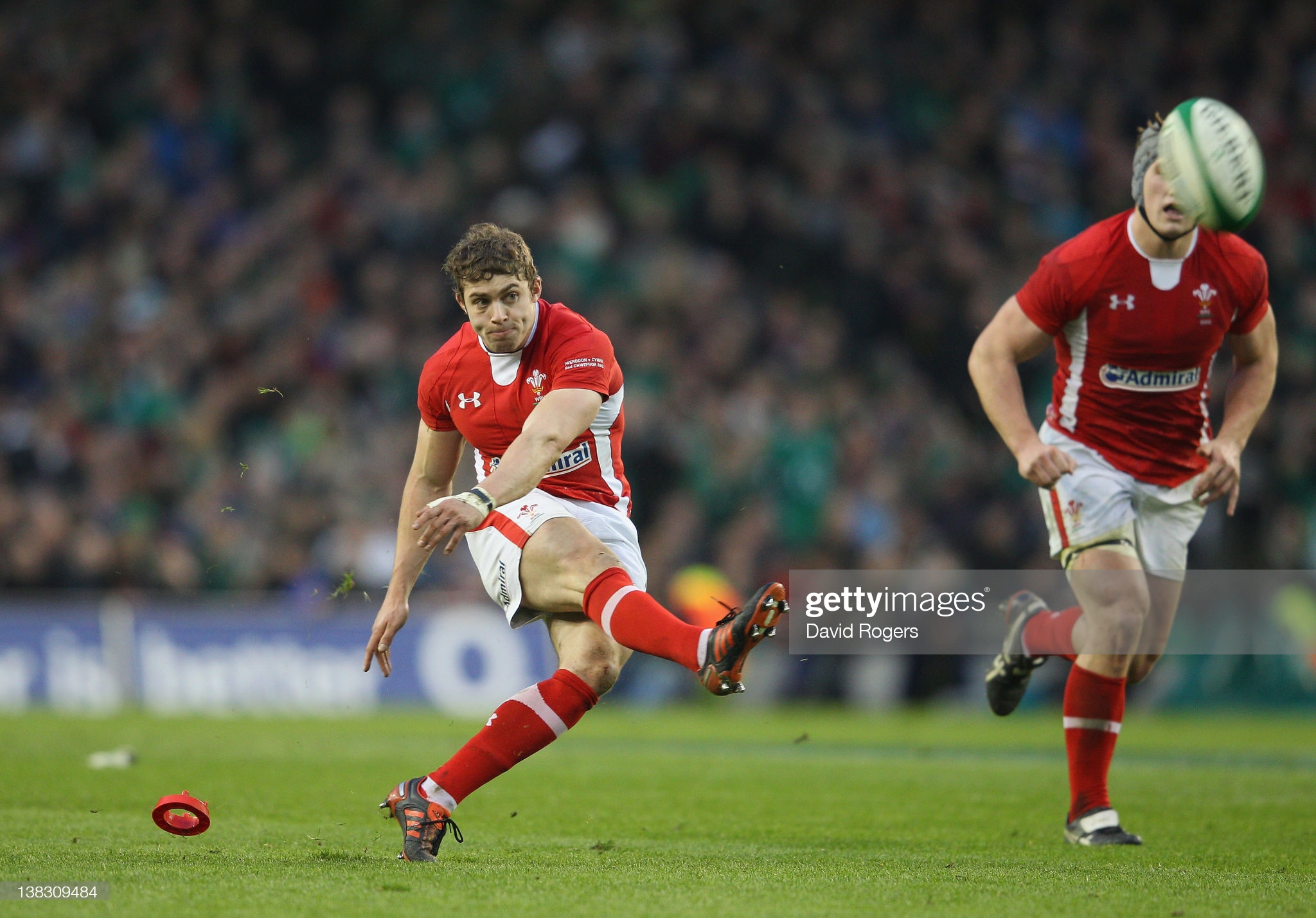 Leigh Halfpenny realised his boyhood dream 13 years ago, but today he will achieve something he never could have imagined in his wildest fantasies.

Away from the spotlight of the Lions tour, before a restricted crowd at the Principality Stadium against low key opposition, Halfpenny will run out to play a Test match for the 100th time.

When he first started kicking a ball at Gorseinon Rugby Club alongside his grandfather Malcom, all Halfpenny wanted was to win just one cap for Wales.

This afternoon, the 32-year-old full-back will reach a milestone landmark of a century when he faces Canada in Cardiff.

Halfpenny has been a Wales star since 2008. He has been on the last three British & Irish Lions tours, but missed out on the current trip to South Africa.

With Wales’ best players out in the land of the Springboks, their head coach Wayne Pivac is giving youth its chance this summer. It makes Halfpenny’s experience all the more important.

“It is beyond my wildest dreams. As a kid I had a dream to play for Wales and to win my first cap was a dream come true,” said Halfpenny, who has 95 Wales appearances and four for the Lions to his name.

“You never take any selection for granted so to be running out for my 100th international is a huge honour and privilege. I am hugely grateful to the people who have helped me along the way.

“I can’t thank my grandfather enough for all the support and advice he gave me growing up. He has been a huge part in terms of helping me practice my goalkicking.

“He used to pick me up from school and take me down the field. I worked with him for hours and hours of practice. He was there for my first cap and will be there on Saturday which will be special.”

Halfpenny will win his 100th cap alongside novice lock Ben Carter and wing Tom Rogers who will make their debuts. Three more debutants are likely off the Welsh bench in Gareth Thomas, Taine Basham and Ben Thomas. Jonathan Davies captains the side.

There will be 8,200 supporters at Principality Stadium, the first time fans have been inside the home of Welsh rugby since February 2020. The venue was used as a field hospital to fight Covid-19.

“My body feels good and I am loving my rugby,” said Halfpenny. “It feels like there is plenty more in the tank.

“It’s an exciting couple of years ahead to the World Cup. There are five new caps in this squad and they will be playing for Wales for the first time. It’s an opportunity for them to step in.

“I am excited to be running out with them on Saturday.”

Halfpenny would be somewhere into the 120/130 cap range, or even more, by nowhad injuries not regularly punctuated his progress.

His most infamous came six years ago when he fell lame in a warm-up match before the 2015 World Cup, where Wales missed him badly, even though they reached the quarter-finals.

“If I think back over the years there have been some dark moments, particularly with injury. It’s tough to deal with injury. You want to be out there playing.

“I’ve had a few injuries but if I look back probably the biggest I’ve had is the ACL injury in 2015 just before the World Cup.

“That was a particularly difficult one to deal with in terms of how long it is with the rehab. It was extremely tough but I was also extremely fortunate to have such a great medical team helping me with it.

“There are times when you don’t know if you’re going to come back the same. You have those doubts, but you try to remain positive and stay focused on what you can control.

“You keep putting in the work with the rehab to get back to where you were. I had the support of my friends and family and medical team to get me back to where I was.

“But that was one of the toughest times during my career.”

Canada are coached by a Welsh trio of Kingsley Jones, Rob Howley and Byron Hayward.

Howley will return to Test rugby for the first time since being banned for betting breaches in 2019 against his former side. Hayward also faces the country of his birth.

He was sacked as Wales defence coach by Pivac last year.

“It is a significant moment for me and my family. I’ve been out of the game, but I love rugby and I’m a very passionate Welsh person,” said Howley.

“I’m just so happy to be back in international rugby. My family are all coming to the game and they’re all looking forward to it, particularly my daughters Megan and Rebecca.

Leigh Halfpenny talks about what it means to be making his 100th Test appearance on Saturday against Canada. 💯🏉 pic.twitter.com/EjiRFncjXt

“It’s been a tough two years for the Howley household. I know they’ll have a Canadian shirt on – I can promise you that.”