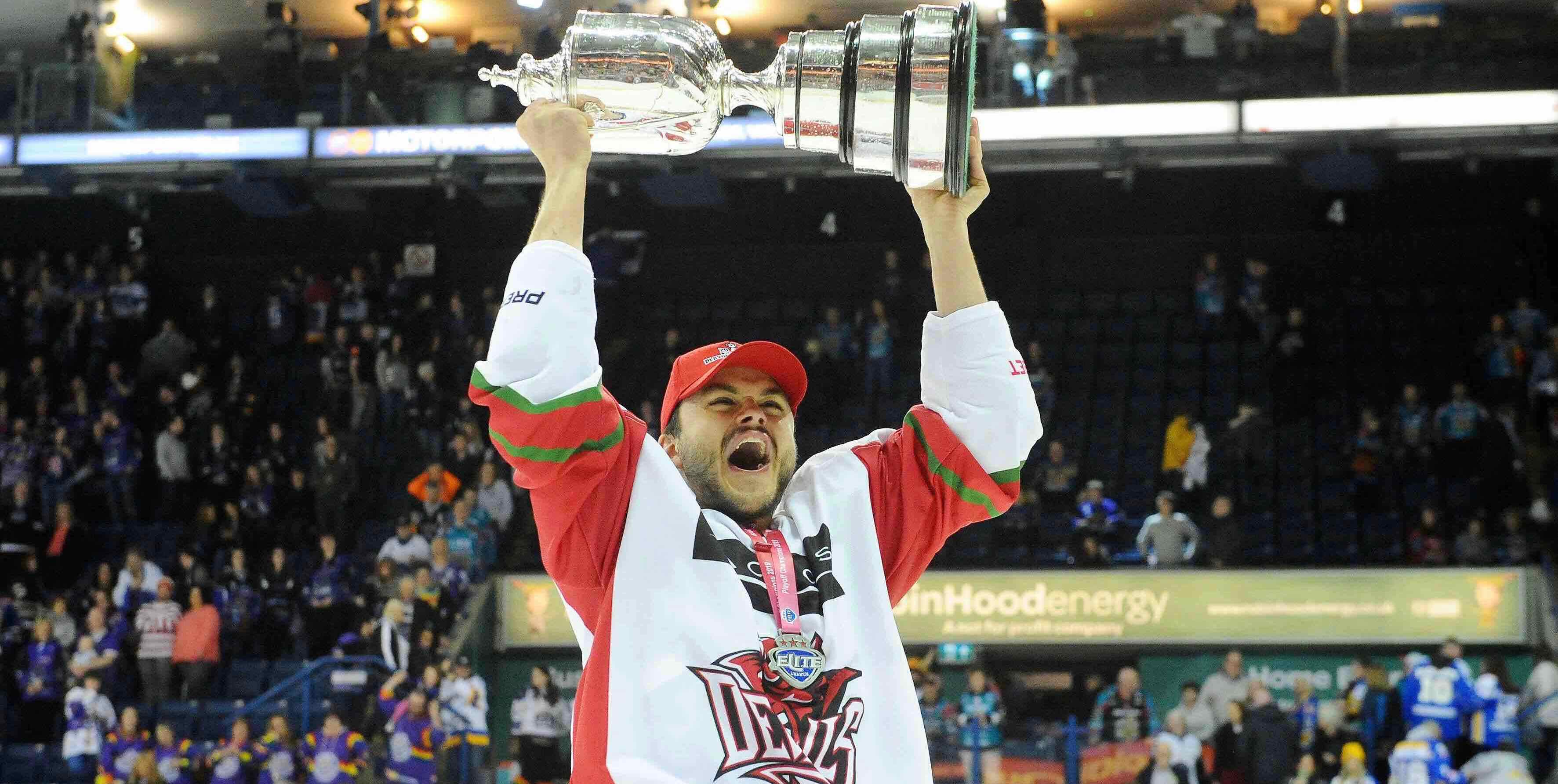 Snapping up ‘Duggie’ for Coventry Blaze gave Canadian Stewart a lot of satisfaction and he said: “It was exciting to get Sam on board.

“It was the 14th pick and he was still there. He is a player with unbelievable ability and has been part of a Cardiff Devils team who have been hugely successful.”

Blaze open their Elite series campaign by playing Manchester Storm in Nottingham on Saturday (2pm) and Duggan can’t wait to get started after playing for Segeltorps IF in the Swedish HockeyEttan League before returning to the UK.

Segeltorps, who play out of a suburb close to Stockholm, were delighted to sign Duggan, who spent four years in Sweden playing junior hockey for Orebro.

Reading-born Duggan was the only non-Swedish player on the Segeltorps roster, while fellow Brit Liam Kirk played for Hanhals IF near Gothenburg.

“I would have loved to be back in Cardiff, but that wasn’t possible and, with the blessing of Devils’ management, I reached out to contacts in Sweden,” says Duggan.

“My best buddy, who I lived with while playing for Orebro, put me in touch with his older brother, who runs Segeltorps.

“I know the family well and his brother was super jacked up to get me over there.”

Now Duggan is back in the UK ready for Coventry’s EIHL series campaign, but he is still an adopted Cardiff boy at heart – at least for the next three, four or five years.

He has linked up with Blaze for the series, when he will play alongside fellow Devils man Toms Rutkis, but will be back in Cardiff for the 2021-22 Elite League season, saying: “I am really looking forward to the next few years or so with Devils.

“Yes, I have goals and ambitions for the future and within five years or so I would like to try and move on to one of the leading leagues in Europe, play in a different country and play different styles of hockey.

“But, right now, I’m really looking forward to my next few years in Cardiff.”

Duggan, 22, signed for Devils when he returned to the UK from the USA in 2018 and revealed that it was a chance meeting with Devils general manager Todd Kelman which brought him to South Wales.

“Todd was my brother’s favourite player growing up and it’s funny how our paths crossed again,” says Sam.

“Todd approached me after a Great Britain match a couple of years ago and said ’I’m not here for the Devils, but if you ever need any help or advice give me a ring.’

“When I decided to come back home Todd was the first person I called. I had heard such great things about the Cardiff organisation.”

He is still in touch with Devils team-mates including Joey Haddad, Mike McNamee, Sam Jardine and Bryce Reddick, the player he shared accommodation with in Cardiff.

“Redds looked after me, cooked for me and taught me the way to be a grown-up at a professional hockey club,” he says. “I’ve kept in contact with all the boys. We still have our group chat going.

Right now, though, Duggan is focused on helping Coventry make a big start in the EIHL series.

“Paul will be out for at least two weeks, maybe longer,” said Stewart.

Blaze are also waiting for former Devils forward Luke Ferrara, who is currently playing for Cracovia Krakow in the Polish play-off final series.

“We have to wait for their play-off series to be completed and then. Luke will have a Vivid test,” said Stewart. “He has played a lot of hockey this year, in France and Poland. He’s excited to be coming back and being around the boys again.”