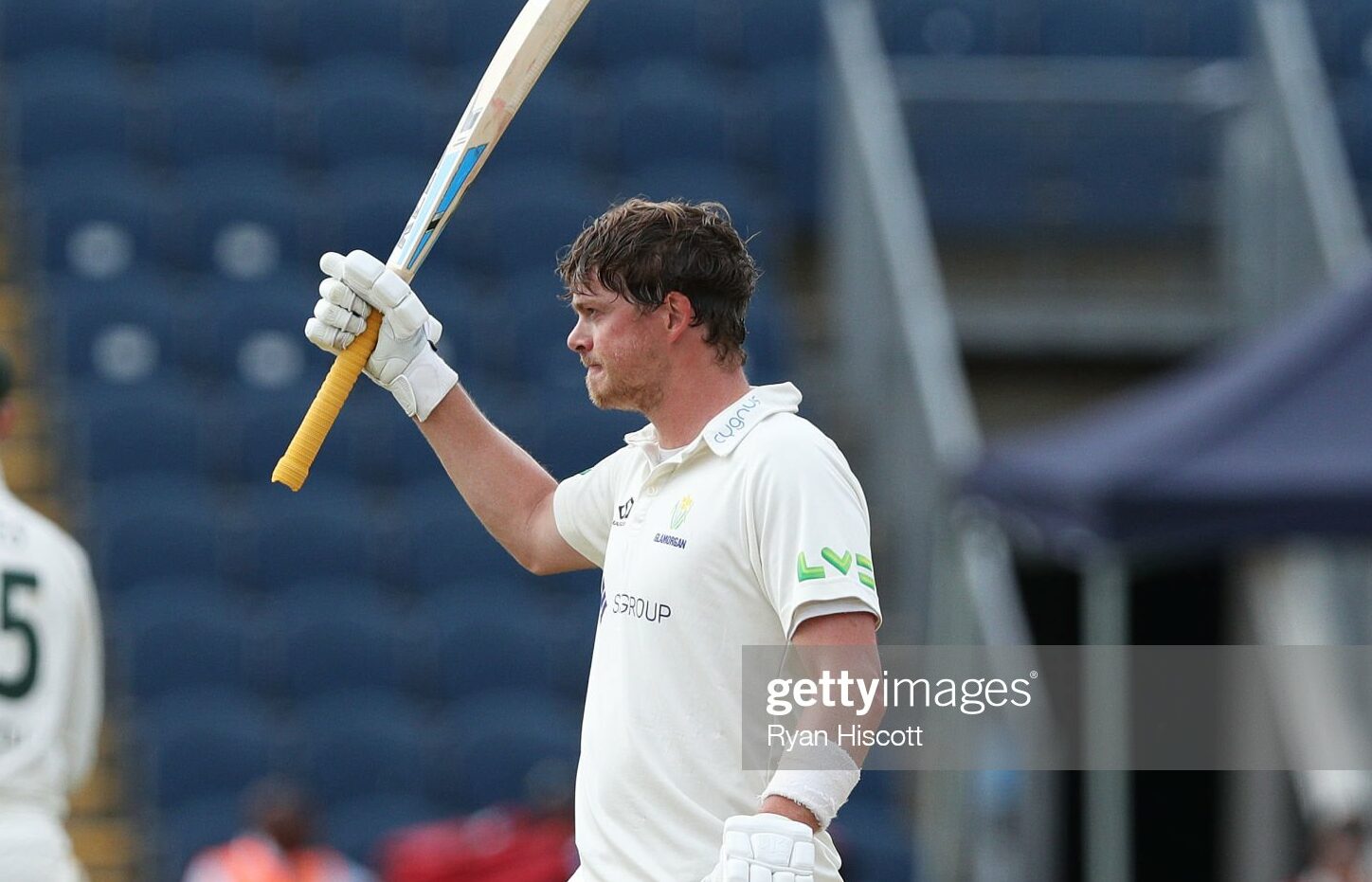 Sam Northeast made history for Glamorgan with 410 not out. Pic: Getty Images.

Quadruple centurion Sam Northeast admits he can’t quite believe the company he is now keeping in cricket’s history books.

The Glamorgan batsman became one of only nine men to have hit more than 400 runs in a first-class innings when he struck an unbeaten 410 not out at the weekend, in a victory over Leicestershire.

The praise has been widespread since Northeast’s monumental record-breaking effort and he admitted: “It’s just crazy.

“People keep telling me what a special achievement it is. It hasn’t quite sunk in yet but it was a very special day.

“And it’s truly special to be part of that list of names.”

Spectators at Leicestershire’s Grace Road headquarters had witnessed one of English cricket’s three greatest feats of batting as Northeast finished 410 not out in a total of 795 for 5 declared in reply to Leicestershire’s first-innings 584.

I can safely say that win @leicester today was the best I have witnessed during 40 years of covering @GlamCricket. An astonishing innings from Sam Northeast- well supported by Colin Ingram and @Cooky_24, followed by @Hoges31 and Michael Neser’s outstanding seam bowling.

To cap it all, Glamorgan dismissed their opponents for 183 in 59.4 overs to win by an innings and 28 runs and boost their County Championship promotion challenge.

“We know we’ll have to go away to a few tricky spots, but it’s a little break now and play some one-day cricket,” added Northeast.

“Then, we’ll come back in September and give it absolutely everything.”

The victory – which lifts Glamorgan to second place in Division Two – capped an amazing day in which Northeast joined Brian Lara, Archie MacLaren and Graeme Hick as one of only four players in the first-class game in England to score more than 400 runs in an innings.

The Leicestershire total of 584 is the highest in county cricket by a team that subsequently lost by an innings – smashing the previous mark of 527 scored in an innings defeat against Northamptonshire in 1995 – and is thought to be the highest in first-class cricket to suffer that fate anywhere in the world.

Glamorgan’s coach, Matt Maynard, said: “To have a man, Sam Northeast, in your side who has joined only nine other players to have scored more than 400 in an innings is incredible.

Only two players have made quadruple-centuries in first-class cricket in the 21st century.

“It was a remarkable feat and he batted selflessly as well, when we needed to up the scoring rate.

“A lot of things go into a score like that. You have to maintain a high level of concentration but he never seemed to deviate from his plans until right at the end, when he started to be more aggressive.

“I don’t think anyone here will have witnessed a better innings. The way he went from 200 to 300 on Friday, it was as if there were no fielders. Every attacking shot he played went for four.

Glamorgan won after declaring with a lead of 211 at lunch on the final day.

They scored a breathtaking 232 runs in the pre-lunch session, a rate of scoring that left Leicestershire with 65 overs to survive – a task that proved beyond them as Michael Hogan (4 for 43) and Michael Neser (3 for 60) combined with spinner Andrew Salter (2 for 36) and James Harris (1 for 27) to blow them away.

Northeast, who had never during his 16-year career imagined making 300 until he did so on Friday, now possesses the ninth-highest individual score in world cricket, behind only Lara’s all-time high of 501 not out for Warwickshire at Edgbaston in 1994 and MacLaren’s 424 for Lancashire at Taunton in 1895 as the third highest in England.

The highlights you have all been waiting for…

Hick’s 405 not out for Worcestershire, also at Taunton in 1988 is nudged down to fourth place.

Northeast numbered 45 fours and three sixes, sharing an unbroken stand of 461 in 71.3 overs with wicketkeeper Chris Cooke, who finished unbeaten on 191 – by coincidence Northeast’s career-best before this game.

The stand was the eighth-highest partnership in County Championship history and, as far as a sixth-wicket stand was concerned, it was the highest ever recorded in English first-class record and the second highest in history.

It was also a record total for Glamorgan, whose total is the ninth highest ever made in the county championship.

Leicestershire will not need reminding that Cooke was dropped on just 3 and again on 15 on Friday – both comfortable catching chances – or that they missed Northeast at slip on 96.

That error, one of only a handful in the entire marathon innings, seemed a distant memory as Northeast led the players off at lunch with almost every spectator on their feet prior to Glamorgan’s declaration after a morning session that saw 232 runs scored and a string of records set.