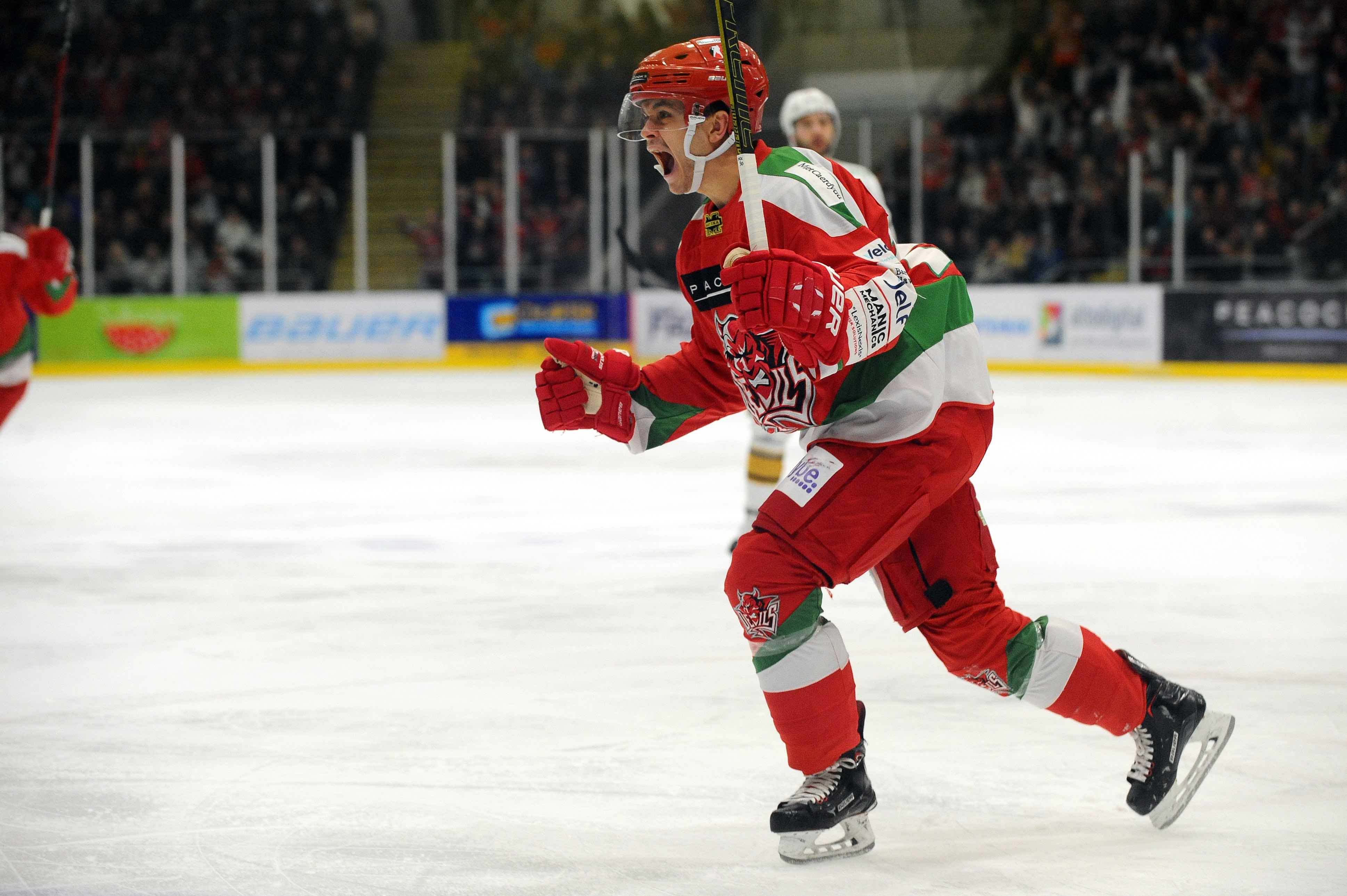 Sam Duggan is off the mark. It was fitting that his first goal in professional ice hockey came in front of Devils fans at the Viola Arena in Cardiff Bay.

Joey Haddad and man of the match Joey Martin were the other Devils scorers, but Duggan will never forget a special moment which sparked wild celebrations by home fans in a 3,000-plus sell-out attendance.

Duggan, a 20-year-old from Reading, is a special talent. Every Elite League club would have loved to sign the talented forward, who started out with Bracknell Stingers seven years ago and has already played in North America (with Jamestown Rebels) and Sweden (Orebro).

Jens Gustafsson, junior manager at Orebro, described Duggan as ‘one of Britain’s greatest talents ever.’

He has also been talked of as the ‘next Tony Hand’, a Scot drafted by NHL club Edmonton 30 years ago and Duggan is certainly a player who will be at the heart of future Great Britain teams.

Duggan has committed to Devils in the long-term and will be combining playing for the Welsh club with studying at Cardiff Metropolitan University.

“Sam has the potential to be an impact player at this level and we hope that we can help him reach his full potential,” says Devils head coach Andrew Lord.

“Sam has a well-rounded skill-set and sees the game at a high level for his age. His time in Sweden has shaped him into a great player and has probably given him the opportunity to develop more than he would if he hadn’t made the move to Sweden.”

The 6ft 2ins Duggan left Britain four years ago to play in Sweden and signed for American club Jamestown Rebels before turning to the UK.

He played for GB at under-18 level, winning a World championship bronze medal, was captain of the under-20s and played for the senior team when they won promotion to Division One A in 2017.

Duggan’s arrival is a major move for Devils, who now have two British players on under-23 players on their roster. He joins Craig Moore, while Toms Rutkis and goalie Jordan Lawday are on two-way contracts with Swindon Wildcats and Milton Keynes Thunder respectively.

Duggan has made it clear his focus is on playing at his best for Devils over the season and is keen to ensure that earns him a place in the GB team for the World Championships next April.

“My wish is to stay in Cardiff and be part of this organisation,” he says. “I will take it a year at a time, but Elite League hockey is at a standard where they are competing with top European leagues.

“This is a great place to be. I am so excited.”

His older brothers Tom and Ben played for Guildford and they have been inspirational and influential people in a playing career which has so far taken him from England to Sweden, America and Wales.

There is no question he is ready to settle in Cardiff for a few years at least and play his part in Devils’ quest for ice hockey glory.

“I have always looked up to my brothers and we have are close,” he says. “They were schoolboys when the Mighty Ducks ice hockey movie came out and that inspired them to take up roller hockey inline.

“They had friends who played ice hockey and asked them to try it out. In a way I was born into it. Tom is eight years older than me, Ben 12 years older.

“They have helped me throughout my career and still to this day we speak every day. We talk about hockey and they are happy to help and advise.

“My brothers are great role models and I am thankful for that.”

Duggan can play on the wing or at centre and Lord says: “Sam is a smart young man who knows what he wants out of this game. He is a perfect fit for the Devils now and in the future.”

Lord takes his team to Dundee Stars on Sunday, while they are at home against Fife Flyers next Wednesday (7.30pm).

Tickets for next Wednesday’s home fixture against Fife Flyers and other fixtures at the Viola Arena are on sale:.