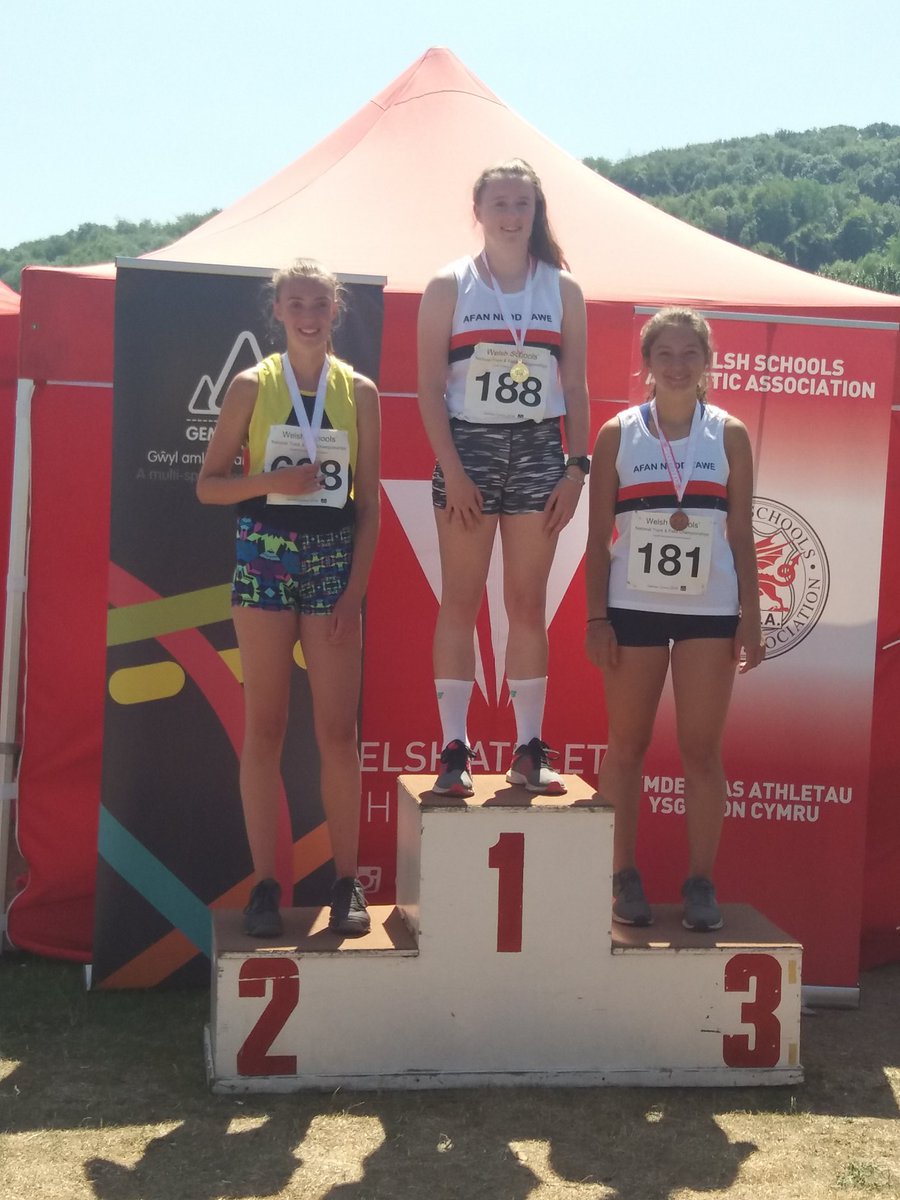 There was some great middle distance running at the 71st Welsh School’s Athletics Championships in Cardiff, with north Walian Samia Jones taking pride of place.

Jones set a Welsh record as she eclipsed fellow north Walian Cari Hughes’ 2013 mark of 4.33.33 in the Junior Girls 1500 metres. The Syr Hugh Owen pupil also wrote Team Wales skipper Non Stanford out of the record books as she bettered her 15-year-old championship best performance of 4.35.61 as she strode to victory in 4:33.15.

Whitchurch HS’s rising star James Vincent doubled up in the Senior Boys’ 1500 and 300 metres, but he was pushed hard in both races. In the longer race Vincent just held off Radyr CS’s Larry Ryan in a sprint finish, taking the title by 1/10th of a second in 8.51.77.

Y Pant’s Naomi Reid held onto her Senior Girl’s 800 metre crown as she set a new championship best performance. Her winning time of 2.13.68 was two seconds faster than her 2017 winning time and just got inside the time set by British international Ffion Price of 2:13.99 in 2011.

In the sprints, there was a Welsh record in the Junior Boys’ 300 metres as Monmouth CS’s Will Lovejoy just dipped inside the 2012 mark of Wrexham’s Sion Roberts (36.40) with his winning time of 36.36 sec.

Presili’s Ella Wintle picked up an impressive sprint double in the Junior Girls with victory in the 100 metres in 12.73 sec and 25.58 sec in the 200, just holding off north Walian Chloe Griffiths in both.

In the Middle Girls’ javelin, Dwr Y Felin’s Bethany Moule improved her own championship best performance of last year by more than two metres as she won with a throw of 48.69 metres.