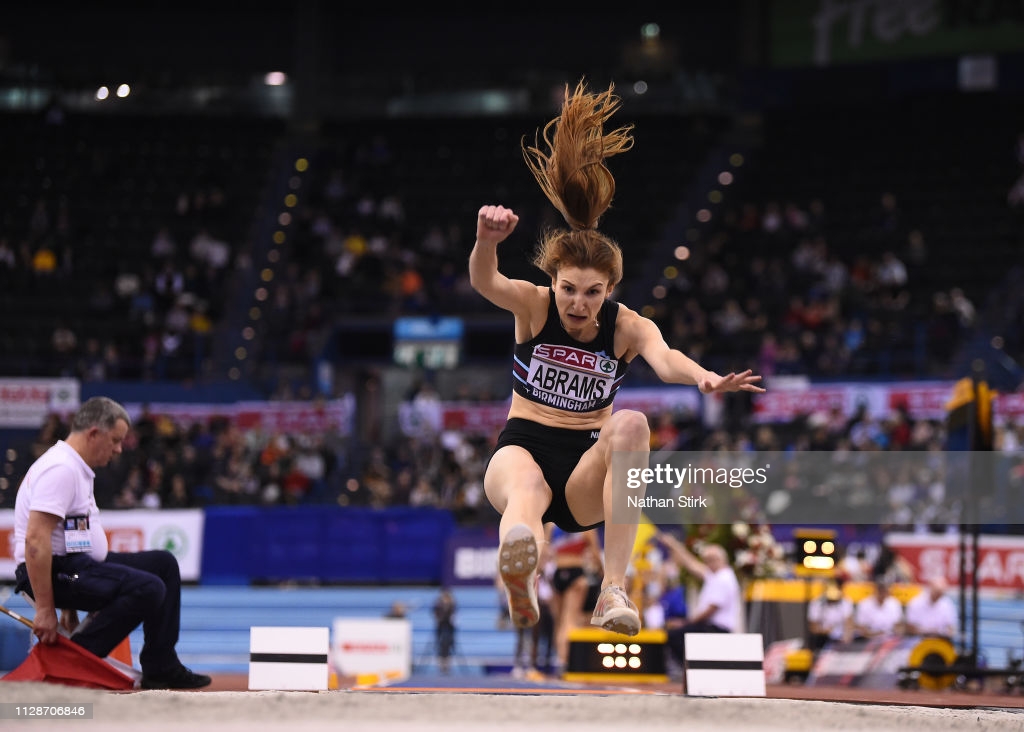 A weekend at the Welsh Athletics Championships in Cardiff was just what the doctor ordered for Sarah Abrams.

The Blackheath and Bromley athlete only started work as a newly qualified doctor on Wednesday and won the Welsh triple jump title on Saturday.

Abrams, normally a long jumper, had opted for the triple jump due to a lack of training, having only finished her medical studies in the spring.

But a leap of 12.06m in the fifth round was enough to earn her gold ahead of North Devon’s Reese Robinson, who claimed silver with 11.52m and Carmarthen Harrier Beca Roberts, who won bronze with 11.20m.

Abrams, who won the Welsh long jump title in 2019, said afterwards: “It was good fun.

“I haven’t competed all year and I haven’t long jumped at all, so I thought I’d come back gently in the triple jump. I just wanted to come here and enjoy it really.

“I’ve had a lot going on this year. I finished my studies and I haven’t been able to train how I’d like to and had some other stuff to deal with. So, I took a bit of time off training, and I’ve come here and just wanted to enjoy it.

“I thought I’d give triple jump a go. It was lovely coming here, I love competing at Cardiff. I didn’t want to miss it.

“I’ve only been training for triple jump now for maybe five or six weeks. So just getting back into the groove. I’m introducing my joints back to triple jump!

“I finished my studies in April and then had a few more bits and bobs to do until June. And I actually just started as a doctor last Wednesday.

“So, I’ve just finished a week of real life! I worked yesterday and back to work on Monday. It’s nice to come away for the weekend and make the most of it.

Starting work as a doctor and a Welsh title all in the space of few days. Quite a week.

“It’s really nice,” said Abrams. “I feel very fortunate to be able to do both of those things. I’m lucky to have great people around me who are helping me.”

The men’s triple jump title was won by Swansea Harrier Ryan Price, who claimed the win with his very last jump of 12.41 to edge ahead of his clubmate Dylan Morgan who had led with a third round distance of 12.36m. Morgan Keen Williams, of Newport, was third with 11.84m.

There was another impressive performance from a Swansea Harrier as William Trott improved his pole vault personal best from 4.35m to 4.63m, extending his position as the UK’s top ranked Under-17 pole vaulter this year.

However, it wasn’t enough to claim the Welsh title. That accolade went to Wales’ in-form senior pole vaulter Thomas Walley, who has taken his personal best from 4.72 to 5.10 this season.

The Wrexham athlete also recorded a best of 4.63m on Saturday, but took the title ahead of Trott thanks to a better overall record. Cardiff Archer Mark Mellor gained bronze with a best of 3.93m.

The first track final of the day was won in impressive fashion by Remi Adebiyi in the 800m.

The Newport athlete had the luxury of checking over his shoulder as he kept Carmarthen Harrier Iestyn Williams at bay in the closing stages to win in 1:51.56.

Wrexham’s Amy Odunaiya was an equally comfortable winner in the women’s 400m final.

There was a battle royal in the men’s 1500m where two of Wales’ most promising young talents were going head-to-head.

Menai’s Osian Perrin, who finished fifth in the 5,000m at the European Under-20 Championships, led going into the final lap, but James Heneghan had other ideas.

The Cardiff athlete, who has slashed almost five seconds off his 1500 PB this season, shifted up a gear and cruised to what was ultimately a convincing win in a time of 4:00.02 with Perrin second in 4:01.67 and Cardiff’s Ben Miles third in 4:06.20.

The women’s 1500m saw an even more emphatic win when Beth Kidger, of Brighton Phoenix, produced an excellent final lap to pull clear and win in 4:22.34, ahead of Cardiff’s Kate Seary in 4:24.75 with Angharad Davies, representing Galicia, third in a PB of 4:27.05.

Davies, a former Carmarthen Harrier, who is now based in Spain, made the journey back to Wales more than worthwhile by winning the 800m later in the day.

There was disappointment in the large crowd at the withdrawal of 2011 World Champion Dai Greene from the men’s 400m hurdles, but Lloyd Ellis, of University of Birmingham AC took advantage of his absence, taking the title in 56.33 ahead of Ben McIntyre, of Swindon Harriers and Owain Clarke, of Swansea Harriers.

There was also disappointment in the women’s race where only former Welsh champion Caryl Granville took to the track.

The Swansea Harrier valiantly ran alone in a bid to claim the qualifying time for next summer’s Commonwealth Games.

Unsurprisingly, with no one to challenge her, Granville aborted her attempt in the home straight and jogged to the title with her sights now set on gaining the standard at Wednesday’s Manchester International where she is part of a strong Welsh team.

The men’s Welsh title was won by Joe Brier, fresh from his exploits with the Great Britain men’s 4x400m team at the Tokyo Olympics.

The Swansea Harrier, dropping down from his more familiar one lap distance, registered a big personal best of 20.92 as he finished ahead of Cardiff’s Arron Owen in 21.20 and another Swansea Harrier, Lemarl Freckleton, who clocked 21.43.

The day’s competition came to an end with two invitational 4x100m races between England, Scotland and Wales.

The women’s race ended in disappointment for the Welsh quartet of Melissa Roberts, Hannah Brier, Mica Moore and Cairlyn Mapps as they were disqualified after a baton mix-up. Scotland raced to victory as England also failed to finish.

There was far better news for Wales in the men’s relay where Dewi, Hammond, Dan Beadsley, Arron Owen and Jeremiah Azu raced to victory over England and Scotland in a fast time of 39.43.

Jeremiah Azu, who brought the Welsh quartet home, believes they can go even faster at Wednesday night’s Manchester International and achieve the Commonwealth Games qualifying standard of 39.00.

Azu said afterwards: “Yeah, we’ve got another one on Wednesday. I think two of our top guys weren’t in the relay team today, so to run a tenth off one of the fastest times we’ve run, we can’t really complain.

“I think a lot of (baton) changes can get stretched and we dropped time there. It was very much safe today, but we got around and we ran a pretty decent time. So, thank God and we go again on Wednesday.”

Saturday’s first day of the Welsh Championships also saw a full programme of Under-15 titles contested. All the results can be found on the Welsh Athletics website.

A full day of competition is due to start on Sunday at 11am and will include the appearance of Tokyo Olympics bronze medallist Holly Bradshaw in the pole vault.