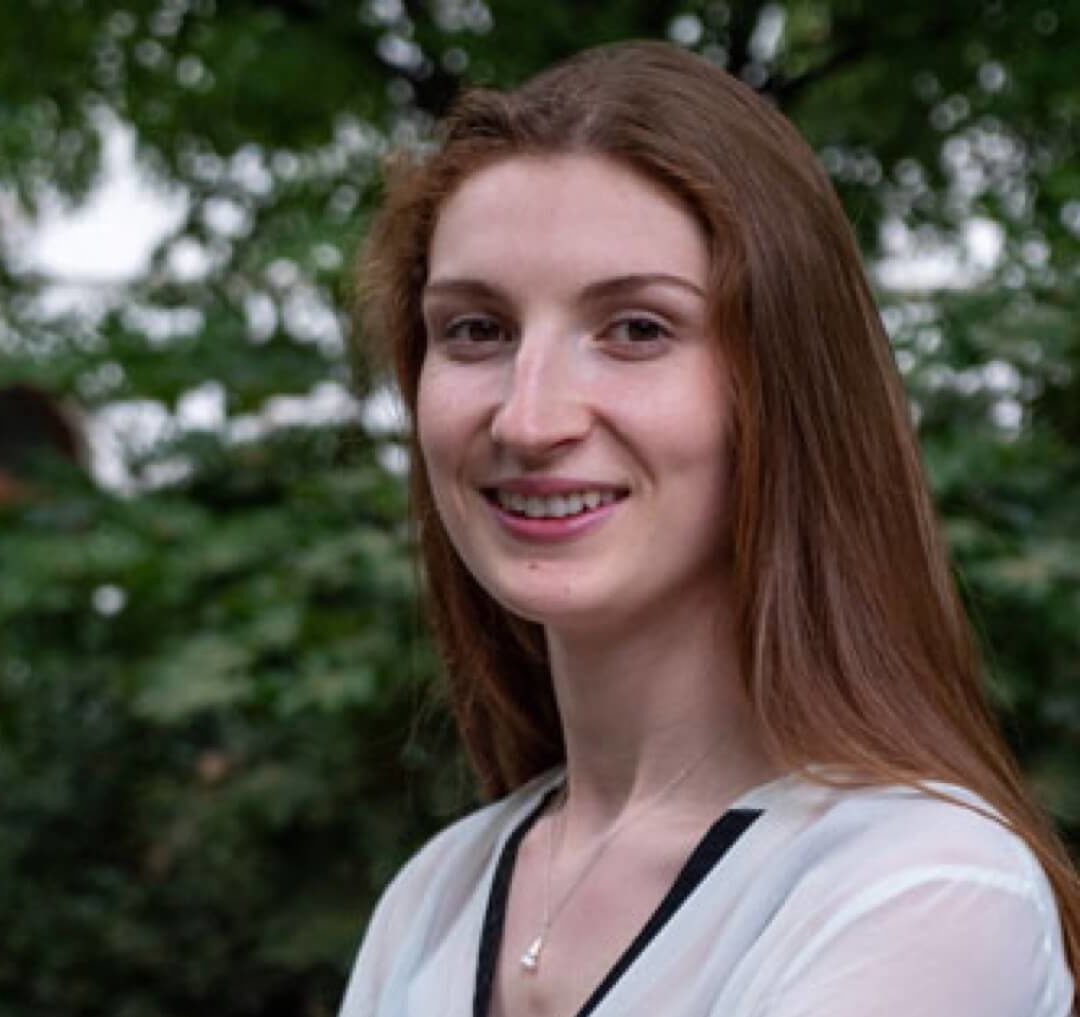 Sarah Abrams is about to qualify as a doctor in March. Pic: RightTrack.

Had an accident and need hospital treatment? You might be getting it from Sarah Abrams. Looking to keep a watch on a talented Welsh long jumper who could be about to fulfil her potential on the world stage at the age of 27? That’ll be Sarah Abrams. And if you want to study in the USA and need advice? She can take care of that, too, as Owen Morgan found out.

Final year medical student Sarah Abrams is about to step in front of the coronavirus pandemic’s latest wave in the emergency department at one of London’s busiest hospitals.

At the same time, the international long jumper is setting her sights on representing Wales and Great Britain at the world’s greatest athletics championships over the next two years.

And just in case she still has too much spare time on her hands, Abrams spends 20 to 30 hours a week helping the latest generation of British athletics talent secure places and scholarships at American universities!

In what must be one of the greatest understatements of the sporting year, Abrams told Dai Sport: “I love to be busy. I love to always have things on my plate.”

Keeping those plates spinning over the coming months will certainly be a challenge.

The Welsh indoor long jump champion says: “I am starting in A&E at St Mary’s in Paddington, which is a major trauma centre.

“So, that could be interesting given that the numbers are creeping up again. It’s going to be at the front line of everything.

Sarah Abrams of Blackheath & Bromley takes the lead in the women’s long jump at the Welsh Indoor Champs with 6.42m. #WelshChamps20 pic.twitter.com/iFXGzyqQBy

“The correct lines people should be going through are getting tested – with people going straight to coronavirus centres rather than going to A&E – so, hopefully, the flow of COVID patients will be manageable.

“But it’s the patients that need to come to hospital for another reason – say, they have a heart attack, a stroke, or they’ve been in a car accident, all those kind of things, and they are corona positive – that’s where it gets tricky because there isn’t an alternative, they have to come in.

“It does probably narrow the group of patients that come in because people don’t want to be in hospitals at the moment, so you don’t get so much of the worried well.

“I think people are a bit more selective about when they come in. Typically, you get fewer patients, but patients who are more sick.”

Unsurprisingly, Abrams, a bronze medallist at this year’s British Indoor Championships, is ready for the challenge.

“I just love medicine, so it’s exciting in a way to be able to make a difference, having a role, just being able to help.

“It makes you really hyper-aware of what everyone is doing because you feel like what everyone does affects what your day-to-day reality is going to be like, in terms of work.

“It’s very empowering to feel like you can make a difference and hopefully, even if you just make a difference to one person, that’s why we are in medicine – to do that and make people feel loved and cared for.

“It is a bit daunting. But one thing that is reassuring is that it has been done before, there are already some good protocols in place this time around.”

The severity of the latest rise in coronavirus cases could have a bearing on Abrams’ athletics ambitions.

Abrams says: “I should qualify as a doctor in March and I should start as a doctor in August. But I am planning on taking a year out, so not starting as a doctor until 2022 – after the Commonwealth Games.

“I think it would be really, really hard – but not impossible – to be a good F1 alongside being an elite athlete.

“I absolutely think you could do that, but I think I would end up half doing both of them, which I think would be very frustrating for me.

“I’m an absolute perfectionist. I like to do the best I can in everything I do and I think I would end up really frustrated feeling like I wasn’t able to train as hard as I wanted to, or I wasn’t able to be the best doctor I can be.

“So, I am considering, and it’s up in the air at the moment because it depends on what goes on with corona and whether they need doctors, on taking a year out to really focus for the Commonwealths.”

Wearing the Welsh vest in Birmingham would mean a huge amount to Abrams despite growing up in England.

Outlining her proud Welsh connections, she says: “My dad’s family are all Welsh. He grew up in Penarth and he still lives there overlooking the bay.

“All of his family grew up there. My aunty and uncle live in Llanelli, so yeah, I’m half full of the good stuff!

“I think it is a really good opportunity and I hope I’m on a good upwards trajectory at the moment. Corona, like it did for everybody, put a bit of a spanner in the works, but I believe I am on that trajectory, and actually my time will be a good time in two years.”

Abrams feels there is no reason that she can’t compete at all three major championships in 2022.

“Women’s long jump in the UK, and obviously in Wales specifically, is very strong at the moment. That really spurs me on as well. It’s definitely a big year and I want to focus fully on it. I don’t see why I can’t be at all of those championships.

“I think I have got some improvements to make, but we know what improvements we’re making, so I don’t see why I can’t be on the plane or on the train to all of those championships.”

While the pandemic may play a part in her plans for 2022, Abrams acknowledges it may also have given her an opportunity to reach Tokyo in 2021 with the Olympics having been put back a year.

“Everything is a bit haywire this year but I think it being delayed by a year will play in to a lot of people’s hands, actually. I hope I am one of those people, just because it’s going to give another year of perfecting your training.

“There is no hiding the fact that I have some big weaknesses in my long jumping, mostly in that I am reasonably weak and very slow, so those are two big areas that I want to focus on.

“Just more time to focus on those and make those improvements can only work in one direction and then obviously, like I said, the competition in the UK for a British vest at the moment is hot.

“But I think that will spur us all on and I don’t think that anything is out of the question. I am confident that I can jump the standard and then I am confident I can perform at champs to make the team as well, so I am quietly going about my business.”

Quietly going about her business. There’s that typical understatement again. Especially, as Abrams has more than a passing interest in business as a co-director of a company.

One of its latest successes is hugely promising 400 metre runner Steffan Dylan Jones, of Swansea Harriers.

Harvard University graduate Abrams says: “I co-direct RightTrack with my colleague Jonathan Ilori, who is a triple jumper.

“It’s really exciting at the moment. I focus on the academic side of things. I support students in their admissions testing, their applications and whatnot.

Sarah Abrams of Blackheath & Bromley takes the lead in the women’s long jump at the Welsh Indoor Champs with 6.42m. #WelshChamps20 pic.twitter.com/iFXGzyqQBy

“We actually recently just supported Steffan Dylan Jones into a very good university. I’m not allowed to say which university it is yet but that’s really, exciting.

“It’s busy, I probably work 20 to 30 hours a week so there is lots of taking phone calls on buses and things like that but I love to be busy, I love to always have things on my plate.

“I think it helps to keep me focussed and keeps everything in perspective.”

Dozens of British athletes take up places in American universities every year. While many thrive, some find the transition and the demands of the US athletics circuit difficult.

Abrams feels she is ideally placed to help having been through the experience herself.

“I’d like to think we do a good job and support students in having some of the opportunities that I was really fortunate to have and educating them in how to make the most of those opportunities is very rewarding.

“It’s being able to recognise the good things and the bad things of choosing to study in the US and teaching people how to overcome the challenges they might face because they’ve made the decision to go.

“In terms of the exposure to people – the most inspirational people – that was what really made it for me.

“But athletically, it wasn’t a great experience. I got injured in the first year. I probably didn’t look after myself, I got a bit carried away in other things, including more focus on my academics which I hadn’t done in the past.

“I actually left the track team after a year and basically quit track for four years. That was a really hard time, actually, I think I was quite lost without it.

“It provided so much structure, motivation and direction in my life. I was a very different person without track in my life but as an overall experience it was absolutely amazing and I look back at it and think “wow, I was so fortunate to be able to do that.

“I did face lots of challenges, everyone does when they go to university, it’s a huge change in your life, not least if you chose to go 3,500 miles away from what’s normal.

“But I liked it and I hope I can help people overcome some of those challenges I faced without much help initially.

“I think it’s really important, and a lot of people on our team faced challenges and I think it is unrealistic to say it is a perfect thing, that you will just go and everything will fall into place.

“I don’t think that is realistic. But I think, having had the experience of the bad things, but also the really, really good things, I think that puts you in the best places to really advise future students.

“I think that our students appreciate that we are honest, and I am very honest in my experiences in that they weren’t all good and I think that is important to be honest about.

“All the universities are going to come at you – whether they are in the US, the UK, the Netherlands, or wherever – and are going to say that their university is perfect.

“But, in reality, you are going to face challenges – whether that is because of the set-up, or the personality, or the cultural changes, whatever it is.

“So, it’s important to have a support network around you of people who understand those challenges and can support you.”

If anyone understands challenges, it’s the medical student who has her eyes set on representing her country on the greatest sporting stages in the world.