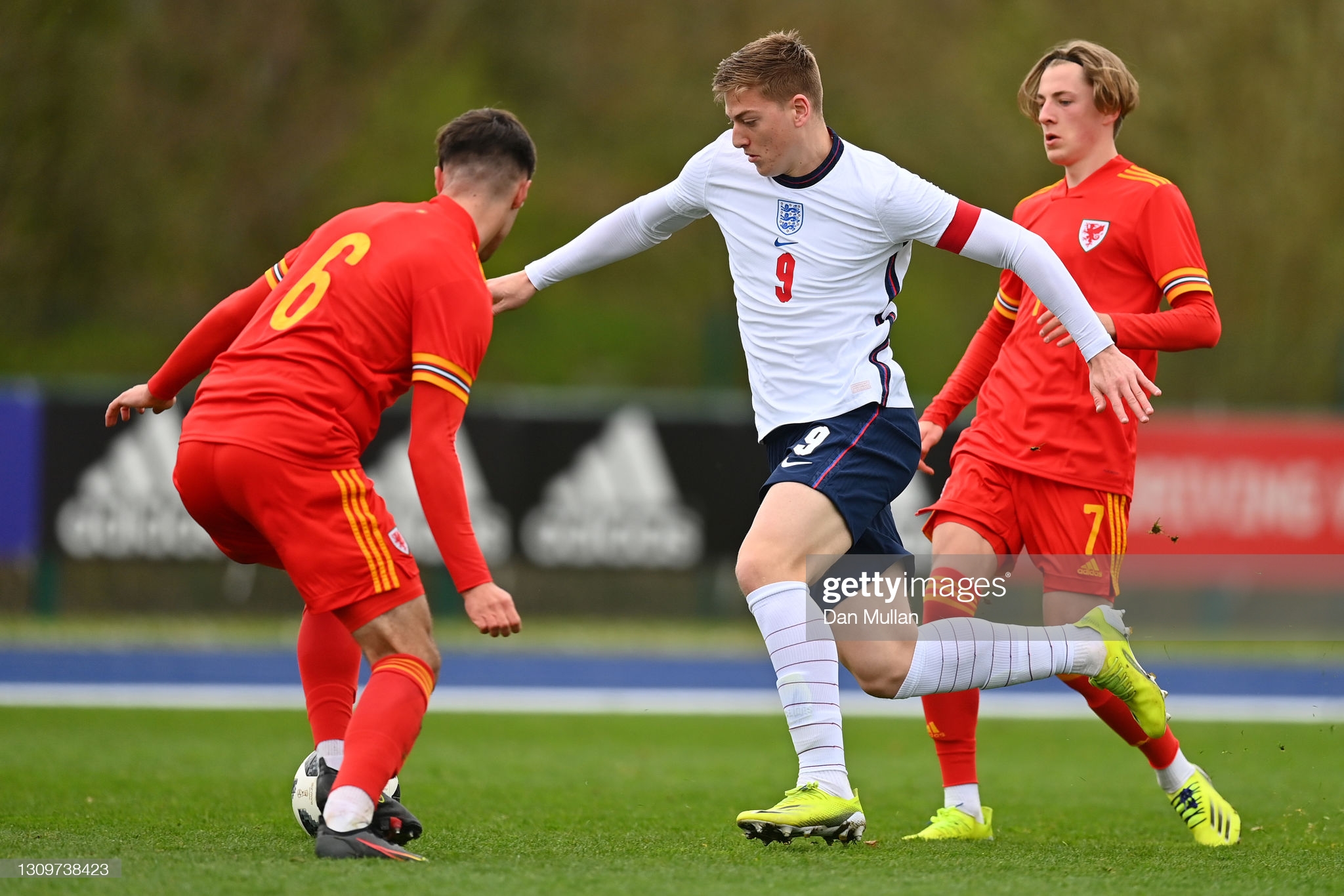 Liam Delap of England takes on Jay Williams of Wales as Charlie Savage looks on during the friendly between Wales U18 and England U18 at Leckwith Stadium. Pic: Getty Images.

England were captained by a young Aaron Ramsey, who is coming through the ranks at Aston Villa and is no relation to the Wales and Juventus star of the same name.

In a competitive game, England had to bring Manchester City striker Liam Delap off the bench to make the breakthrough in the second half. Carney Chukwuemeka made it 2-0.

England had plenty of early joy down the left. Captain Williams was operating on the right side of the Welsh defence and had his hands full keeping England’s Louie Barry quiet.

Barry – who had a stint at Barcelona’s academy – famously scored for Aston Villa’s reserves against Premier League giants Liverpool in the FA Cup earlier this season.

Wales had little possession and next to no attacking threat although England didn’t create much, either, despite their dominance of the ball.

That was until Wales were handed a brilliant chance to take the lead. Chris Popov got on the end of a long ball and cut in from the right before being fouled in the box.

Striker Ryan Viggars stepped up to take the penalty, but his low effort was saved.

At the other end, Barry shot over after a poor pass back towards his own defence from Savage. Barry then set up Daniel Jebbison who should have scored.

Barry also fired over the crossbar just before the break while on a rare Wales breakaway, Williams fired a rasping shot against the angle of post and bar.

Savage’s superb corner should have been headed on target by Taylor Jones.

England changed 10 of their 11 players for the second half and introduced striker Delap who has played Premier League football for City.

Viggars had another glorious opportunity when he was played in on goal at the start of the second period. He should have scored, but was denied again from close range by a smart stop.

Delap then won England a penalty. He was fouled by Welsh goalkeeper Max Williams and at the same end as Viggars’ miss, the son of former defender Rory was not going to make the same mistake. He smashed home a powerful effort from 12 yards to open the scoring.

Chukwuemeka doubled England’s lead and Wales were never going to come back from there as they paid the price for their missed first-half chances.