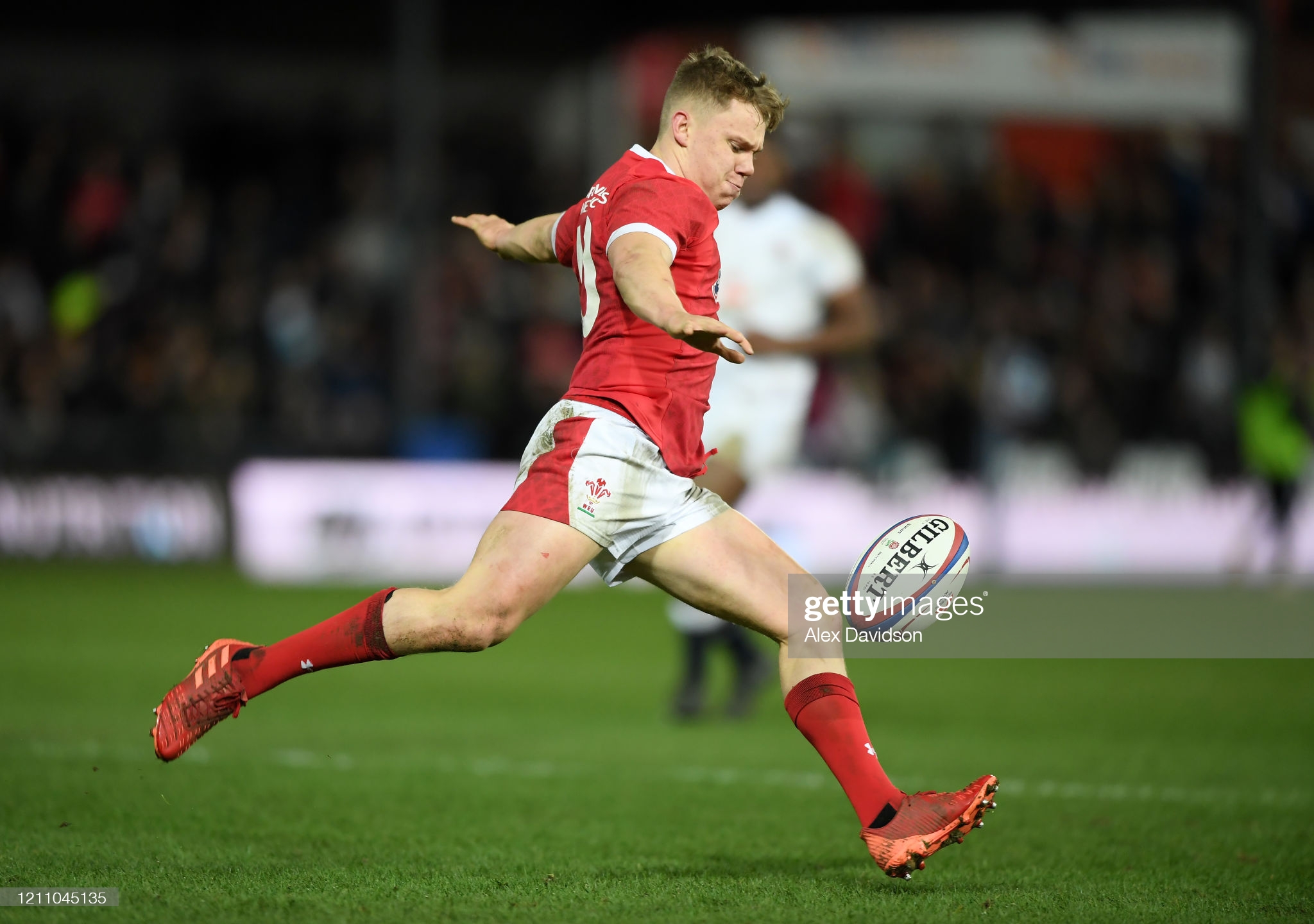 Youngsters such as Wales U20 star Sam Costelow are finding rugby hard to come by. Pic: Getty Images.

Scarlets coach Glenn Delaney has backed plans for the creation of a British, Irish and Italian A league competition.

It is understood that talks are at an advanced stage for such a tournament to be played next season during the international window.

From next season onwards, the revamped Guinness PRO16 will have fewer fixtures played during the international period in a bid to enhance the quality of the league, making room for a developmental competition to be played during the Test window.

The idea is to field sides with a maximum age of 23, while four overage players would be allowed to play.

Scarlets coach Delaney believes an A league will be hugely beneficial to the likes of young talents Carwyn Tuipulotu, Jac Price, Sam Costelow and Harri O’Connor.

“The biggest issue we are facing is that our young players are missing up to six months of quality development, so anything that’s going to put that back on track quickly we have to take a hold of,” said the former London Irish boss.

“The only way players get better in a programme is having exposure to A team rugby, age grade rugby and senior rugby. That whole programme sets you up to be a professional.

“There’ll be good contests, it’ll be compelling, and it’ll enable players to learn and get better. At the moment, there’s no Celtic A league like we had last year, there’s no age grade stuff and we have had some derby games.

“Almost everywhere we turn player development is not really being enabled and we’ve got to change that otherwise our players aren’t going to be moving forward but standing still.

“I think if you are standing still in this game, you are actually going backwards.”

The ongoing Covid-19 pandemic has had a hugely detrimental effect on the development of young talent in Wales with both the Welsh Premiership and regional age grade competitions not being played this season.

And Delaney fears these players won’t fulfil their potential if this problem isn’t fixed soon.

He added: “Those regional A team games we had at the start of the season against the other regions were a godsend.

“If we were able to get them back on the table, then brilliant. The big challenge for us, developmentally, is how we get the young players exposed to games because that’s where they learn.

“The challenge you have when you play in the PRO14 and European rugby is it’s a pretty hard stage to use as a development tool. There’s obligations to perform in those programmes as well, so it’s a fine balancing act.

“We aren’t afraid to put the youngsters out there but it’s got to be right for them. We’ve got to find a way to get competitive fixtures in the diary to make sure everyone’s getting a fair go.”