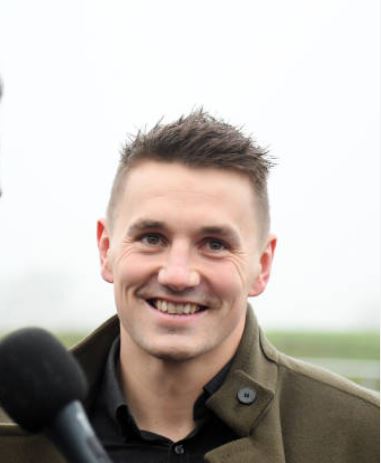 Jonathan Davies admits it will take some time for him to return to his world class best after he made his long-awaited comeback.

The Wales centre returned to action for the first time in nearly a year as his Scarlets side were beaten 25-15 by the Ospreys in Llanelli.

Both regions were warming up for the start of the new Guinness PRO14 season with a pre-season friendly and Davies was the headline act.

He hadn’t played since Wales’ defeat by New Zealand in the bronze medal match at last year’s Rugby World Cup in Japan after suffering a knee injury at the tournament.

“It was good to have a little run-out. The butterflies were there and it was nice to feel that again,” said Davies, who left the field at half time.

“All in all, I feel good and I was happy to be out there again with the boys after a long process to come back.

“It will probably take time until I’m back feeling fully comfortable but, on the whole, it’s a group effort, a collective effort, and I just want to say thank you to everyone who’s helped me.

“The only way you get used to being long-term injured is being there before and I’ve been there a few times.

“It’s a tough process and a lot of the boys have gone through it.

“I personally think it makes you a better rugby player because you appreciate it when you get back on the field.

“We’re fortunate to do what we do and, when you have a period away from it, you’re very grateful to be back on the field.”

Not that it mattered much, but it wasn’t Davies and his team who took the bragging rights as the Ospreys came out on top thanks to an impressive fightback.

Wales Under-20 fly-half Sam Costelow kicked a penalty for the Scarlets to two from Josh Thomas as the Ospreys went into a 6-3 lead.

But a try from home No 8 Uzair Cassiem put Glenn Delaney’s men back in front although Costelow as unable to add the conversion.

Davies had his first impact when he produced a nice offload to team-mate Angus O’Brien.

Soon the Scarlets made it two tries for the afternoon through Tom Prydie and the Ospreys’ woes deepened when prop Ma’afu Fia was yellow carded.

With a 15-6 deficit to overcome, Toby Booth’s visitors weren’t helped by another yellow card at the start of the second half.

Gareth Thomas was the man sent to the bin for a high tackle on Costelow, but it seemed it was in fact Bradley Davies who had committed the crime.

Booth would have been impressed with his side’s resilience as Thomas set up Mat Protheroe for a try and added the conversion himself.

Sam Cross burrowed over to put the Ospreys ahead and Thomas converted before Ben Cambriani intercepted a loose Scarlets pass to race away and wrap up victory.