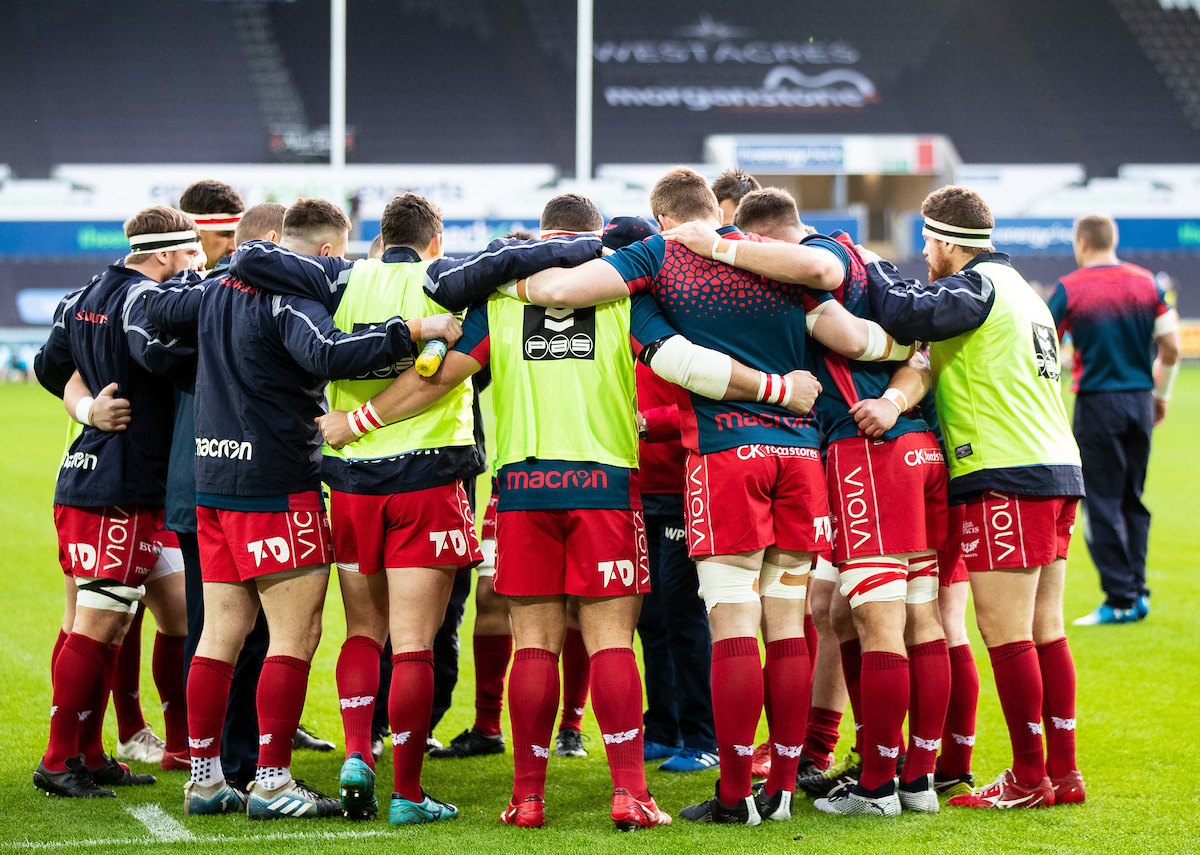 The Scarlets have been left with few options. Pic: Replay Images.

The Scarlets have had the door slammed in their faces by European rugby bosses who will not permit any escape route from this weekend’s opening Heineken Champions Cup fixture.

The Llanelli region had pleaded for a postponement of their Pool B clash at Bristol on Saturday because of the chaotic fall-out from their South Africa trip.

Their coaches and players are still locked down in a Belfast hotel serving out their quarantine, which will not finish until Friday – just 24 hours before the match.

But the plea to re-arrange the fixture for another date has fallen on deaf ears – and the Scarlets have been told to get on with it by European Professional Club Rugby (EPCR), or risk forfeiting the game with a 28-0 scoreline defeat.

That’s an option the region may decide to take since playing on Saturday with a bunch of fringe players, borrowed extras and youngsters, is likely to see them concede far more than four tries.

“We thank the rugby community for their comments in relation to the COVID quarantine situation for certain clubs,” an EPCR statement read.

“Player welfare is paramount to EPCR, the teams & the players & as such we have worked to enable the best possible solution.

“If the clubs feel they are unable to field a team that can safely partake in professional rugby at the required level they are able to forfeit the game.

If the clubs feel they are unable to field a team that can safely partake in professional rugby at the required level they are able to forfeit the game.

“We fully appreciate that this is not a route many will want to take however following an extensive review with all parties, postponement of the matches is unfortunately not a viable option due to the extremely busy rugby calendar.”

The blanket dismissal applies to Cardiff and Munster, too, although both teams plan to try and fulfil their fixtures, having left more front line players at home than the Scarlets did when they flew to South Africa.

All three teams have been trying to work out how to prepare for the start of their European campaign without a large number of senior players after being caught in South Africa when the European Union and Britain introduced travel restrictions as a result of the emergence of the Omicron variant of Covid-19 two weeks ago.

EPCR extended the deadline for registering an unlimited number of players until midday on Wednesday and Cardiff have stated their intention to fulfil the fixture with players left out of their squad who flew to Cape Town, plus youngsters and some drafted in.

Scarlets chairman Simon Muderack has already stated that the integrity of the tournament will be compromised if his team are forced to play Bristol or give up the points in Pool B.

Dreadful mixed messaging here with no empathy at all to @scarlets_rugby or @Cardiff_Rugby who did nothing wrong https://t.co/P7e2NJqCNT

By contrast, Premier League football was able to postpone fixtures and re-arrange them for other dates in the calendar.

“Without the 32 players in quarantine, we’d have to play development players and academy players – some of them just out of school in their first season of senior rugby – as well as semi-pro players, who juggle their rugby commitments with full-time work, and put them up against a quality side like Bristol,” said Muderack.

“That wouldn’t be good for the integrity of the competition or those individuals. None of us had any idea that this situation was going to occur, and that South Africa was going to be put on the red list.”