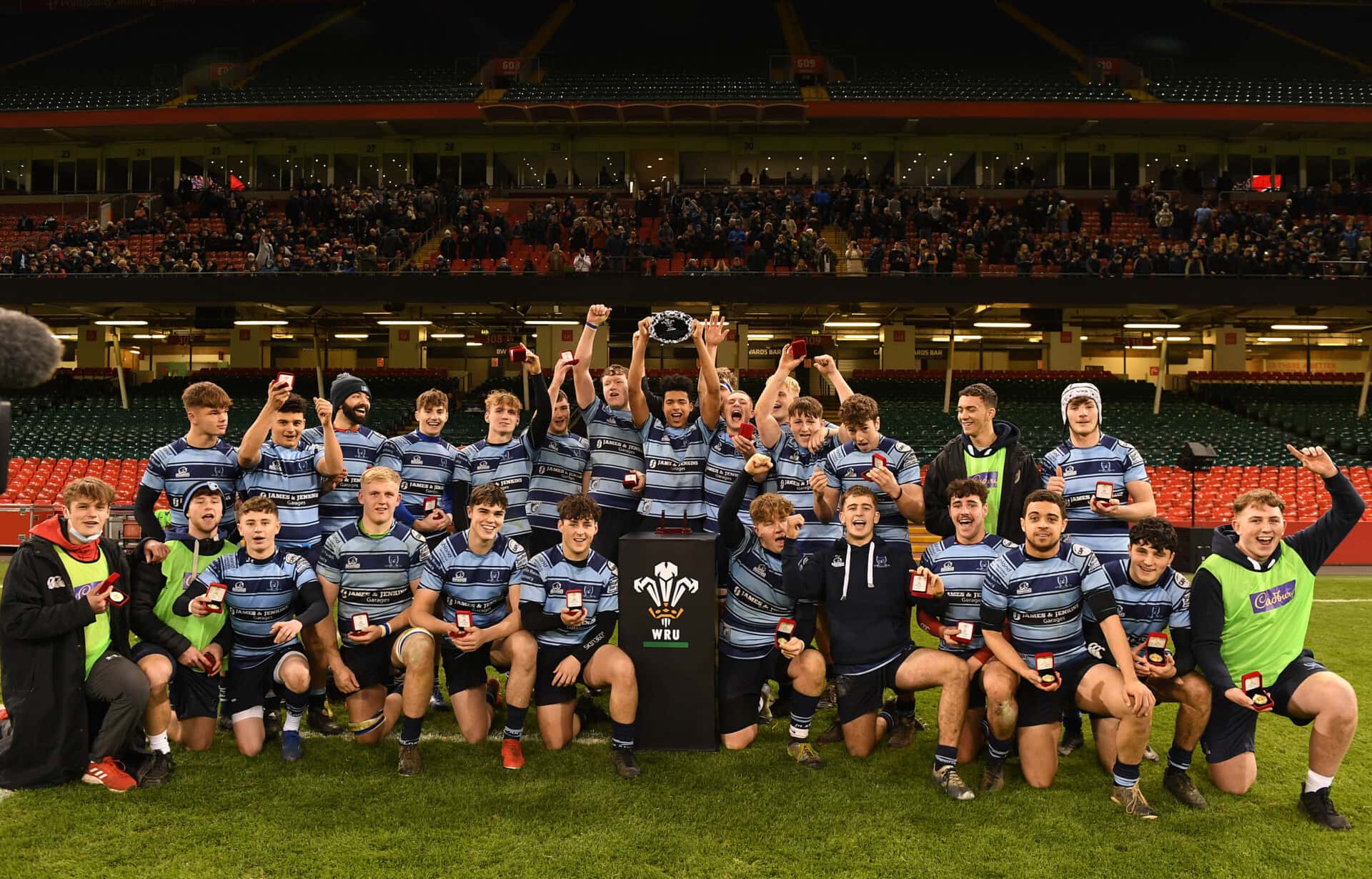 Star-gazers looking for the future bright lights of Welsh rugby should tune in to the start of the National Schools and Colleges League this week, according to former Pontypridd, Newport and Cardiff full back Llywarch ap Myrddin.

The current director of rugby at Ysgol Gyfun Gymraeg Glantaf has a proud reputation to uphold from the school that has produced the likes of Jamie Roberts, Jamie and Nicky Robinson, Rhys Patchell, Seb Davies, Ioan Lloyd and Manon Johnes in recent years.

But according to ap Myrddin, it’s not just live TV games or highlights shows that can catapult players forward these days. So, too, can their highlights reel on social media.

When Glantaf host Coleg y Cymoedd on Wednesday – with highlights to be shown on Rygi Pawb on Thursday night – it could be a short clip from the game that hints at a Wales star of the future.

“Rugby Pawb and S4C do a phenomenal job giving the boys that national stage to be identified upon,” says ap Myrddin.

“I was too old to go through it myself, but in the last few years it’s given young players a fantastic platform.

“But it’s not just the TV programme, nowadays reputations can be gained by social media clips going viral. The rugby channels on social media are seen by thousands of people around the world.

“So a player’s tries or highlights reel might be seen by 10,000 people in Australia, New Zealand, South Africa or further afield. It’s incredibly powerful.”

Glantaf and Cymoedd will lock horns in the opening round of midweek matches, but both sets of players have been preparing for the game long before they went back to sixth form or the college term this week.

Around 10 weeks of pre-season effort has been banked by both teams, such is the intensity and attention to detail for young players from the age of 16.

“I played nine years in the Welsh Premiership and I can tell that the provision in the schools and colleges league is much, much better,” says ap Myrddin.

“Glantaf has a fantastic A-levels results record and on the sporting side the rugby boys leave understanding rugby and being physically able to play at a high level.

“Seeing their development, and moving them on to the next level, is hugely satisfying as a teacher and a coach.”

Centre Jack Price, who has had an outstanding match, shows great strength to power over

Phillips converts and that’s it, a great start against our old rivals#LLAvSWA 🔴 46-26 ⚪️

One of those Glantaf players who made his mark in the Schools and Colleges League last season was Jac Davies.

The 18-year-old full back finished the campaign playing eight matches in the Indigo Premiership for Pontypridd, broke into the Wales Sevens squad, and was given an Academy contract by the Scarlets.

“Playing on S4C’s Rugby Pawb is huge,” says Davies. “It puts your name out there and just brings loads of opportunities.You are playing against the best players of your age and that’s what it takes to get better.

“It was a high standard of rugby and you get to play with your mates, friends you spend all day with. You train with your mates early in the morning before school and then after school at night so you get really close to them.

“I moved there for the sixth form and it opened up so many opportunities for me that I just wouldn’t have had anywhere else.

“The coaching set-up at Glantaf was amazing. I developed massively as a player in my time there and I wouldn’t be where I am today without those coaches who were just great for me.”

🎓 Looking forward to the start of the age-grade campaign. Welcome to our new contracted players & good luck to all involved in the Academy

Davies’s former coach is just as glowing about his ex-pupil, who helped Llanelli beat arch-rivals Swansea on the opening day of the Indigo Prem last weekend.

“Jac was a perfect example of a player who was not a big name at schools level, he really only scraped into regional age grade rugby,” says ap Myrddin.

“He was not a big name at 16. But he grafted, he took everything on board in his training and preparation. He just grabbed everything with both hands and he seized the initiative to make a huge impression.

“He shows you don’t have to be scouted at 14 or 15. You can make the most of your opportunities and force your way through.

“People know that if you’re playing well in that league, you can make that step up and that’s why he’s on his way in professional rugby now with the Scarlets.”

Match highlights will be shown at 10.30pm on Thursday on S4C and S4C Clic.