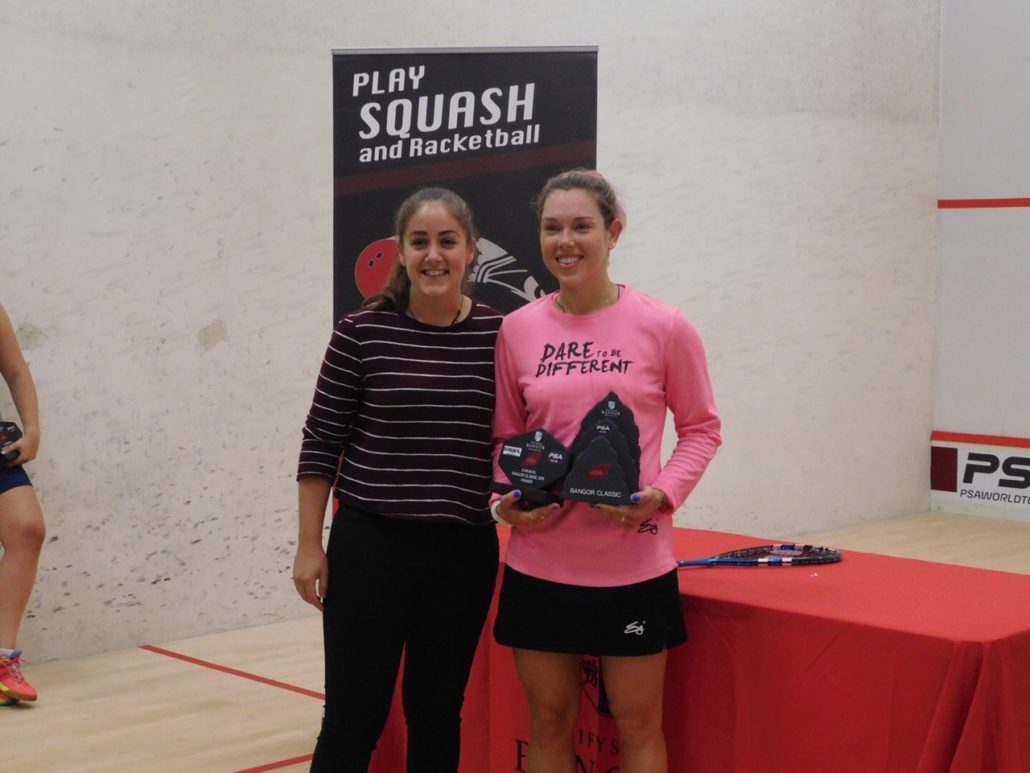 It’s been a tough road back from illness for former World number 38 Aitken, who was diagnosed with dengue fever, a mosquito-borne tropical disease, during an event in Malaysia during 2014 and did not play for two and a half years.

“At times I never knew if I would ever get back playing in these competitions given the illness that I had to face up to and the fatigue which made things difficult for me,” says Aitken.

“Through the whole time out of the game it was my family who stood by me and gave me all the support I needed.

“I was pretty emotional when I started training at a good level again, but one thing I certainly never lost was my desire to be the best and to push myself as hard as I can.”

After winning the $5k Bangor title, World number 65 Aitken said: “The most satisfying part of the event in Wales was dealing with being top seed.

“All these players are really good on their day and coping with the expectation almost felt more satisfying than winning a third PSA title.

“The older I get I realise it’s more about the process and knowing the outcome will often take care of itself.

“The focus is on sticking to my game plans and also on how I’m going to conduct myself off and on court all week as top seed.”

Aitken won 11-7, 11-1, 11-4 against Beecroft in the final and heads to France this week full of confidence to compete in the $15k Tournament of Pyramides in Le-Port Marly.

“Lucy came through qualifying and had been on court more than double the time I had been before the final,” said Aitken.

“She came from the depths of qualifying and had two five game matches so did really well to reach the final.

“I trusted myself that mentally and physically I was going to have the edge over her and it was my best performance of the week.

“It will be tough in France where the field is a lot stronger, but I’m looking forward to it and it’s nice to have another event so soon after Bangor to keep that momentum going.”

Aitken’s love of squash was ignited at Montrose Sports Club in Scotland and she says: “My mum bought me to lessons there,” she recalled. “I was a bit of a jack of all trades. I tried everything and went to every club. I did football, a bit of cricket and badminton. In the end squash gave me the biggest adrenaline rush.

“The combat between you and somebody else in such a confined space suited me. I’ve never looked back or regretted choosing squash.”

Beecroft, from Northumberland, enjoyed an outstanding week, making the final all the way from qualifying and playing five matches to get there.

Aitken kept the intensity up throughout the final, while Beecroft looked jaded after her five-set semi-final win the previous evening, a match which lasted 69 minutes.