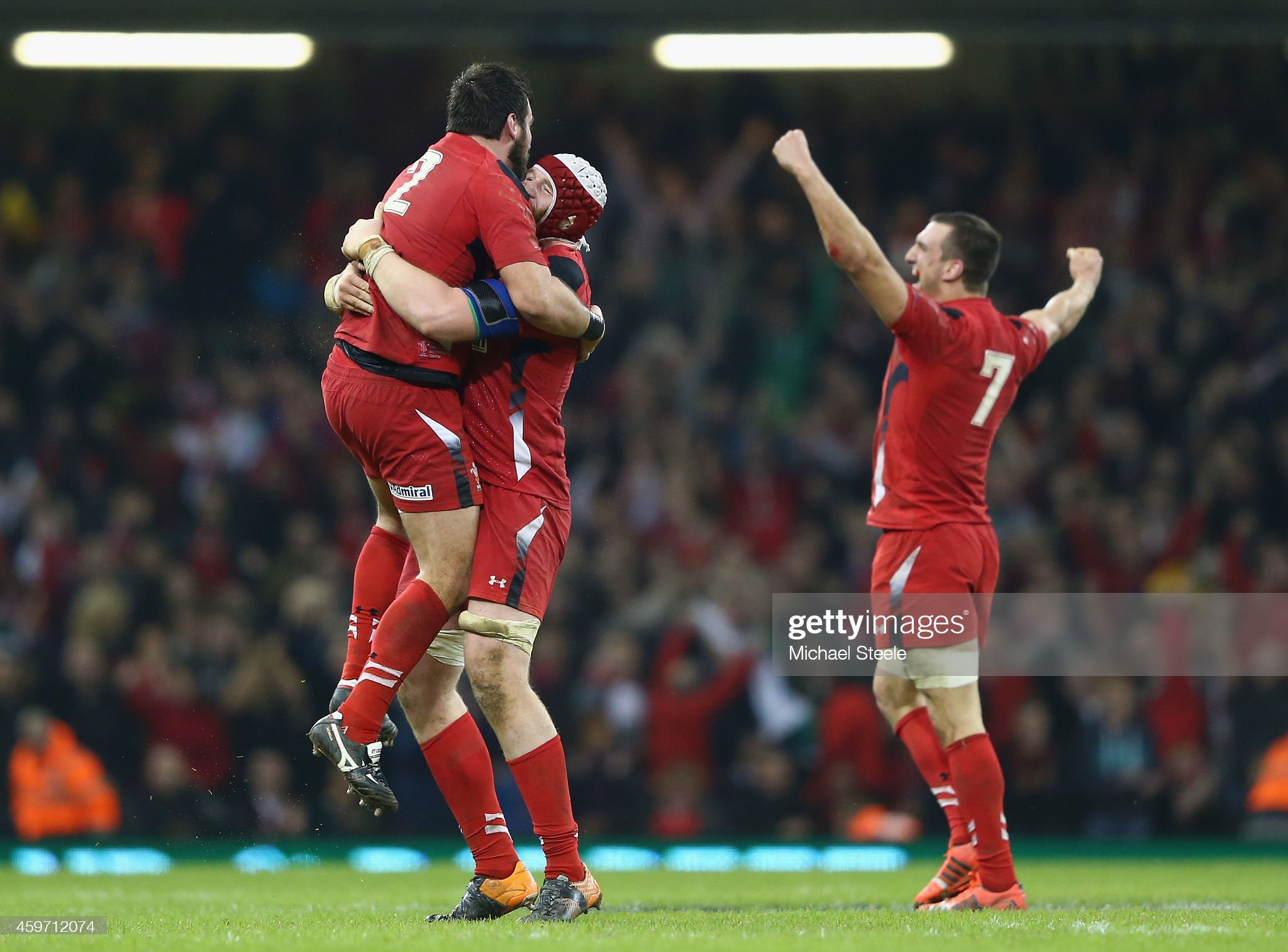 The man who once bit off more than he could chew in South Africa reckons Wales can take a chunk out of the Springboks this weekend.

Scott Baldwin has the enviable record of a 66 per cent success rate against the Boks, with two wins and a narrow four-point defeat in three matches against them for Wales.

The Ospreys hooker – who returned to Welsh rugby earlier this after a successful spell with Harlequins and then Worcester – also believes Wayne Pivac’s side have been written off too soon by too many and are capable of a surprise in Pretoria on Saturday. Highlights of the first test will be shown on S4C at 9.00pm.

“Wales are the underdogs – after all, we are playing the world champions in their own back yard, but we have the ability to go out and express ourselves here, that is maybe harder in the Six Nations,” says Baldwin, who beat South Africa in 2014 and 2016.

“There is a lot more internal pressure on you in the Six Nations, but this game offers more freedom.

“Man for man, I don’t think there is much difference between the sides.

Scott Baldwin back to the Ospreys after leaving Worcester due to family reasons.

Great to see he’ll still be playing at the top level closer to family! #Ospreys https://t.co/9JJ6I8u36d

“The form of a lot of the Welsh players has been pretty strong, individually, if not the results for their regions. Dan Biggar and Tommy Reffell have also gone well deep into the season for Northampton and Leicester.

“But the big thing is that getting those Welsh players together for a good amount of time always makes a difference.”

Baldwin – who won 34 caps for Wales between 2013 and 2017 – played in the golden era for victories over the current world champions.

In the years from 2014 to 2018, Wales won four Tests on the bounce against South Africa and enjoyed five victories in six matches.

None of those came on South African soil – where Wales are yet to win in 10 attempts – but they did include a neutral territory victory in the United States.

The other match in that period played outside of Wales was at Twickenham in the quarter-final of the 2015 World Cup, where Baldwin and the rest of Warren Gatland’s team went down, 23-19.

For Baldwin, that only defeat against the Springboks, still rankles.

“No-one really expected us to beat them in 2014 and we did. It was the same in 2016, but the game at the 2015 World Cup we lost only because of a freakish try scored by Fourie de Preez.

“I think South Africa have kicked on a bit since those days, but people do generally underestimate Wales and many people have written them off.  Hopefully, this Wales team can stick two fingers up to those people.”

Baldwin is an admirer of his two Ospreys teammates who are on the tour as hookers – Dewi Lake and Sam Parry – having seen the development of both in his first spell with the region.

Unexpectedly, Lake has been named on the bench with Ryan Elias of the Scarlets starting, a ploy that head coach Pivac has stressed is as much to do with requiring firepower off the bench to match the Boks’ own as it is to do with current form.

“Dewi was just coming through when I left the Ospreys, but you could see there was a lot of talent within him,” adds Baldwin.

“He has gone really well this season and will only get better. The way he plays the game will suit him for playing against South Africa.

“He is still young and learning. The World Cup is the target for him.

“I remember speaking to him and telling him to enjoy international rugby. Everyone does enjoy it when they first come in, but then you put pressure on yourself and the fun can go away.

“That’s not the way to do it. You have to find a way of working hard, but still enjoying it.

“And Ryan Elias had been in great form before he got injured.

“Wales are looking for performance rather than results and that’s fine. That’s what really matters in the road ahead towards the World Cup.

“As long as Wales can stay in the fight for the first 20 or 30 minutes they will be okay.”

Wales players were snapped on safari earlier in the week with one or two photographed stroking the necks of giraffes. No visible stroking of Lions, though

“I did get sent a couple of pictures of the boys with animals on safari,” says Baldwin.

“But thankfully, there were no bad memories.”