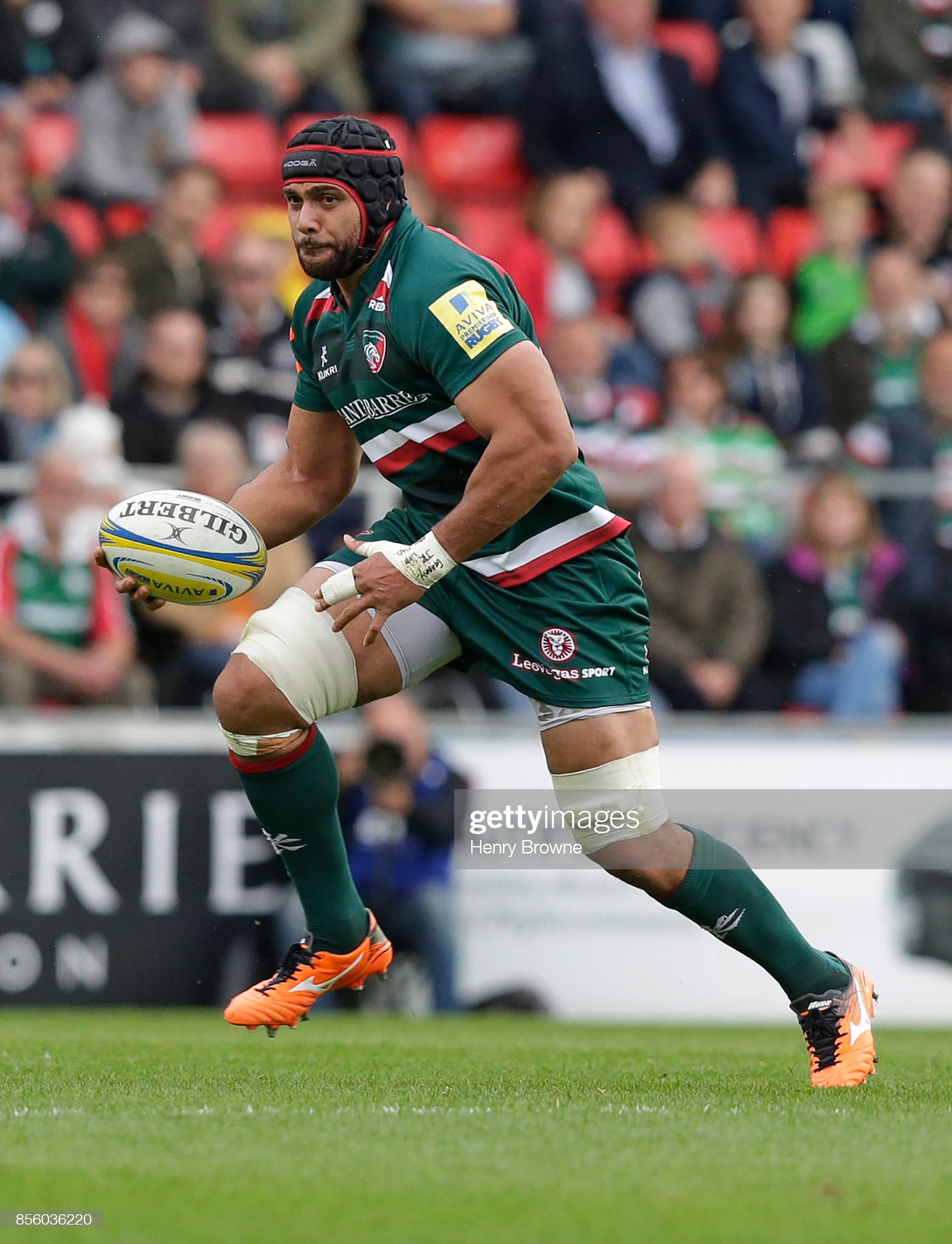 Sione Kalamafoni arrived at Parc y Scarlets this summer with a reputation as a fearsome ball carrier and a physical enforcer. The Scarlets face a daunting trip to Toulon on Saturday and will need to front up if they are to progress further in Europe. Steffan Thomas talks to the Tongan No.8 about his move to the region and his hopes of emulating Llanelli legend Scott Quinnell.

New Scarlets signing Sione Kalamafoni wants to revive memories of the great Scott Quinnell by proving worthy of the former number eight’s position in the team.

In his heyday, Quinnell was a force of nature with his rampaging ball-carrying the stuff of legend in Llanelli and while impressive inheritors David Lyons, Alix Popham and Ben Morgan had their moments, the Scarlets have never quite been able to fill that void.

But Kalamafoni could be just what the doctor ordered with the 37-times capped Tonga international as abrasive as they come.

The back row forward recently moved to the region from Leicester Tigers and could be a key figure when the Scarlets face one of the toughest tasks in European club rugby this weekend.

On Saturday night they will be at the Stade Felix Mayol to take on a gigantic Toulon side in the quarter-finals of the European Challenge Cup – a clash that is live on S4C.

In his three seasons at Welford Road the 32-year-old Kalamafoni made an incredible 721 carries – that’s 87 more than the next best player, while he also made 629 tackles.

Those are the sort of stats head coach Glenn Delaney will be hoping Kalamafoni can hit at for the Scarlets as he looks to get his new region on the front foot.

“Growing up I knew about the Scarlets and I had a lot of respect for Scott Quinnell who was one of the top number eights around,” says Kalamafoni.

“His are big boots to fill but, hopefully, I can bring something close to what he did for the club.

“I’ll bring a high work rate to the squad and I can bring some extra physicality both sides of the ball.

“I would like to pride myself on my ball-carrying and physicality. As a back-rower, your work rate has got to be top notch and you have to carry hard which is what I love doing.

“I love the physical side of the game and I pride myself on getting over the gain-line and making an impact. I think I can bring something different to the other players and I want to help the Scarlets be successful.”

There’s a familiar feeling to this fixture against the French giants with the sides having faced each other eight times in European competition over the past six seasons.

The Scarlets have only won two of those contests, but have been highly competitive in all the fixtures. Kalamafoni is adamant, however, the west Walians have enough to triumph this weekend.

721 – Since joining @LeicesterTigers in 2017, Sione Kalamafoni has made 721 carries in @premrugby, 87 more than the next best player, while only four players have made more tackles than him in that time (629). Scarlet. pic.twitter.com/JxhHryWIu2

“I’ve been really impressed with the talent we’ve got here in the back-row,” he adds. “Blade Thomson is somebody who has really stood out for me.

“He brought a lot of his experiences from New Zealand and he’s a top-quality player. He’s an absolute nuisance to play against and he’s so skilful around the park.

“I knew there’d be a lot of competition and there’s quality throughout the squad. We just need to use those qualities in the game on Saturday and I have every confidence we will do that.

“Toulon will be very physical as they have some big boys in their forwards. We have to match them physically and more to get on top of them because otherwise it will be a dog fight.

“Hopefully, we can match them physically and mentally. This game will go to the wire and we need to really front up.

Toulon may not have the star-studded cast of years gone by, but they still have quality throughout their team and huge experience with the likes of Italian legend Sergio Parisse.

“It will be a hell of a tough battle in the back-row because they’ve got some serious class and power there with guys like Facundo Isa and Sergio Parisse,” says Kalamafoni.

“This is an exciting time for us because these European knockout games are really special.

“There’s a big prize at the end of it but first we’ve got an extremely tough challenge ahead of us with Toulon. but I’m confident.”

Good to see Blade Thomson fully fit and starting for the Scarlets in Toulon tomorrow. Quality player who deserves some luck.

A veteran of the 2011 World Cup, Kalamafoni moved to Parc Y Scarlets in July and says he was eager to sample Welsh rugby.

“Scarlets were the first side who came in for me when I was out of contract at Leicester.

“My agent found the Scarlets and I had worked with Glenn Delaney in the past when I was at Nottingham, which was my first professional club.

“When the Scarlets came up it was a no-brainer to reconnect with him. I knew Scarlets are a very good team who play an expansive style of rugby.”

That step from Sione Kalamafoni 😲👏

Kalamafoni was one of the most consistent players in the English Premiership over a period of eight seasons for both Gloucester and Leicester. But the last few months of his time at Welford Road was a difficult period in his career with Kalamafoni forced to spend three months on the sidelines due to recurrent concussions.

But the lockdown came at just the right time and Kalamafoni is chomping at the bit to get going at the Scarlets.

He said: “I haven’t had any concussion symptoms since I’ve been at the Scarlets which has helped with my confidence. It’s been good so far and touch wood there’ll be no more hiccups from that point of view.

“They weren’t particularly nasty as far as concussions go but because of the way they treat concussions these days if you have three or four within a year you have to see a specialist and take their opinion.

“Usually if you have three or four in a year you have to take a break from rugby. I had four within a year which is why I had to take the rest of the season out but it came just before lockdown.

“But I was fine during lockdown with no bad symptoms and now I feel healthy and I’m raring to go for the Scarlets.”

While the Scarlets go to the south of France, the Dragons have a much shorter journey for their Challenge Cup final when they go just over the border to Bristol on Friday night.

That tie – which will feature a Dragons debut for Wales and Lions star Jamie Roberts – will be shown as an S4C highlights programme on Saturday evening.

Live coverage of Toulon v Scarlets, in the quarter finals of the European Challenge Cup, from the Stade Felix Mayol, Toulon.