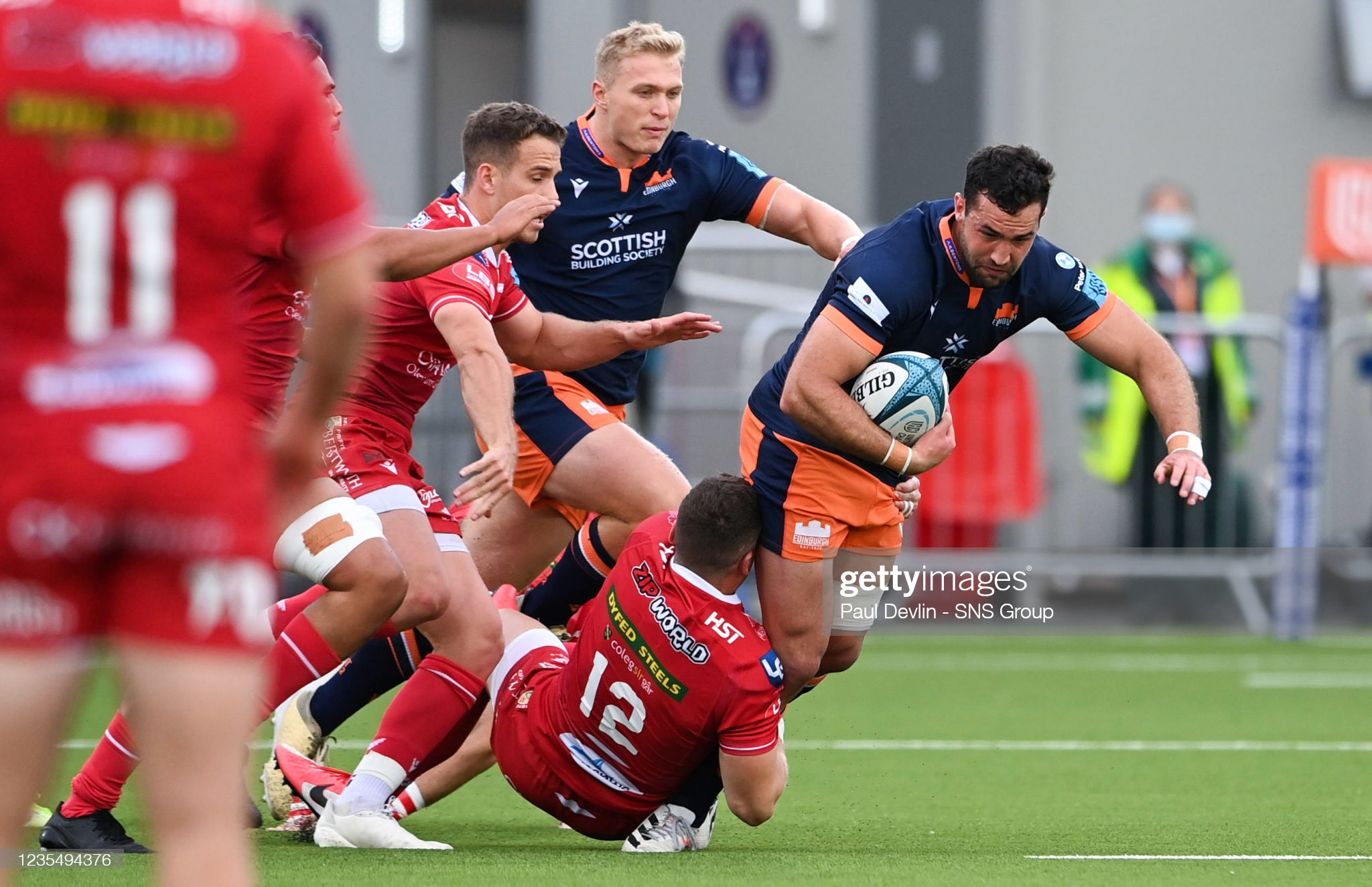 Scott Williams has been tipped to recapture the form which originally made him a star on the international stage now he has rejoined the Scarlets.

The 58-times capped Wales centre left the Scarlets three years ago to join the Ospreys, but his time at the Liberty Stadium was plagued by injuries.

But he’s now returned home to Llanelli, and new Scarlets head coach Dwayne Peel is confident he can get the best out of the 30-year-old.

“He can definitely get back to his best,” said Peel.

“For me, I want him here contributing on and off the field. You change and the game changes as well, so I just want him contributing which is what he has been doing.

“One thing I do know is that he’s very determined after his time off to prove to people that he’s still got it.

“Not so much the people at the Scarlets because we know what he’s about as a player but in his head, he wants to show that he’s still the real deal.

“We’ve seen that since day one since he walked through the door here. I’m very excited to see where he can get to this year.”

Williams will be part of a talented Scarlets back division which includes senior internationals such as Rhys Patchell, Jonathan Davies, Johnny Williams, Liam Williams, and Gareth Davies.

While Peel is excited at the prospect of Williams playing in such a back-line, he is more pleased with the strength in depth at his disposal.

He said: “Yes, it is exciting there’s no doubt about that but there’s a lot of competition within our squad and none of those guys are safe.

“We’ve got Johnny, Tyler, Steff Hughes, Corey Baldwin and Joe Roberts. There’s big competition within that group and they are all pushing each other hard.

“But I think Scott is going to be very very important. I think one thing that I see straight away from Scott is that he’s got a presence about him.

“He’s got a presence on the field and off the field. He’s also been very vocal in meetings with us.”

But despite the presence of Williams back in their midfield, the Scarlets could not start their United Rugby Championship campaign with a victory as they lost 26-22 away to Edinburgh.

The visitors, for whom Peel oversaw his first league game, were in contention right to the death at the newly-named Dam Health Stadium and will feel they could and should have taken more than a losing bonus point home with them.

In the end, however, Edinburgh’s defiant defence won the day while earlier they had taken charge thanks to some excellent attacking from new signings Henry Immelman and Ben Vellacott as well as established star Darcy Graham.

The Scotland winger grabbed two of Edinburgh’s four tries, the others coming from Blair Kinghorn, who converted three, and Mark Bennett.

Scarlets’ trio of tries came from Steff Evans, Kieran Hardy and Johnny McNicholl while Dan Jones had a penalty and a conversion and substitute Sam Costelow added two points.

Peel said: “We started pretty well and were frustrated that we let them into the game through some silly errors, particularly in the middle of the game. We gifted opportunities and credit to Edinburgh they took those chances well.

Courageous effort despite all the injuries …. I like what I see under Dwayne Peel..#ScarletWay #Balch #Proud #IBelieve 👍 https://t.co/8jXB8P3SuE

“We said it in the changing room afterwards that a lot of the reasons for that defeat were self-inflicted.

“We will reflect on the game, we will be critical on ourselves and we will be disappointed with our errors, but we also know that there were plenty of positives in that performance.

“There was lots of good stuff in there with some nice tries. I also thought we showed a lot of character in that second half, we had momentum, we had pressure, but unfortunately couldn’t get over the line at the end.

The Scarlets will this week assess a knee injury suffered by back-rower Tom Phillips, who was taken off on a stretcher in the second half.