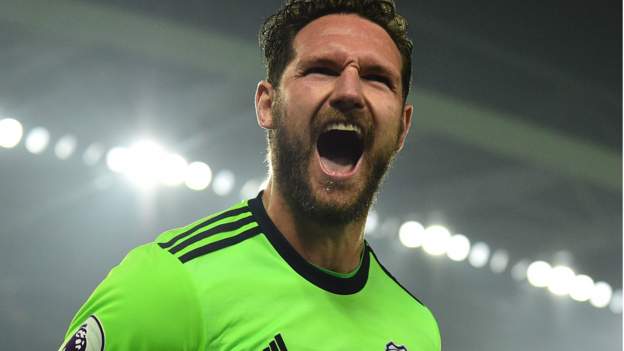 The Bluebirds skipper has been impressed by McCarthy and his assistant Terry Connor since they joined the club last week.

“I think when a new manager comes in, the first couple of weeks of training are always very intense,” said Morrison. “Lads are buzzing around like Duracell bunnies to try and impress themselves on a new manager.

“It’s a great opportunity for lads that haven’t played as much to get back into the team.

“Whenever there’s been a manager, he has a starting XI and the players he trusts. When a new manager comes in, it’s open season in terms of trying to impress.”

McCarthy will take charge for the first time at Barnsley tomorrow with City looking to end a six game losing streak in all competitions.

“I’ve played against Mick’s teams many times,” added Morrison, who has now played under six managers since making the move to City in 2014.

“Once he was in the building you could see how genuine a human he is. I’m looking forward to working with him and TC.

“I think we just needed someone to come in and lift the lads. A lot of the squad are playing low on confidence and someone like that can come in and lift spirits. I think it’s a good appointment from the club.

“It’s someone’s who’s been in the game a long time. Very experienced. He knows how to get the best out of players. He’s had a very successful career as a manager, and I think we’re very happy to have him here.”

“Obviously, it’s never nice for someone to lose their job. That’s the world we live in. It’s football, it’s results-based and we haven’t been good enough and that comes down to the players.

“The boys have been very receptive of the new gaffer. It’s a short turnaround in the grand scheme of things, but he’ll have us ready for Wednesday night.”

Morrison captained the squad that reached the playoffs last year with Neil Harris and believes that the club is underachieving this season.

The 30-year-old added: “We know the team’s underachieving. We’ve been way too inconsistent, over the first half of the season, we haven’t been good enough.

“Managers and staff can get us ready as possible, but if we can’t get it done when we cross the line then it’s down to us.

“All we can do is dust ourselves off and make sure the second half of the season is better.”

Morrison was handed the armband at the start of the 2015/16 season and has been the captain of the club ever since.

And he doesn’t change how hard he trains even if he’s not the captain but leads by example by his character.

“I’m sure it’s different for every captain. Every person who goes through this as an experienced player. For myself, I have to be myself.

“I don’t try any harder or any less. It’s for me, the way I like to captain the team is to be myself, be happy, be bubbly, work hard on the training pitch and hopefully the young lads can see that and follow suit. It’s always difficult.

“I remember changing manager when I was young and you’re a bit nervous how a new manager is going to perceive you.”

City have lost their last six games with that run costing Neil Harris the job.

But Morrison insists that the speculation over Harris’s departure didn’t affect the players.

“I don’t think it really affected players too much. Neil was very good at keeping conversations with upstairs to himself,” added the centre-back.

“When we were on the training ground, we were focused on ourselves. For whatever reason, it just hasn’t happened. Over the course of the season, it’s been way too inconsistent.”

Morrison now looks forward with the new manager at the helm as he acknowledges the tough task ahead if the Bluebirds wants to reach the play-offs spot.

“I never thought we’d end up in that. But we’re going to have to have a very good second half of the season and average two points per game. If we’re going to make the playoffs we have to go on a run of games.

“If you look at our squad it’s a very good squad in the Championship. All we can focus on is the game in hand and see where we are in May.”