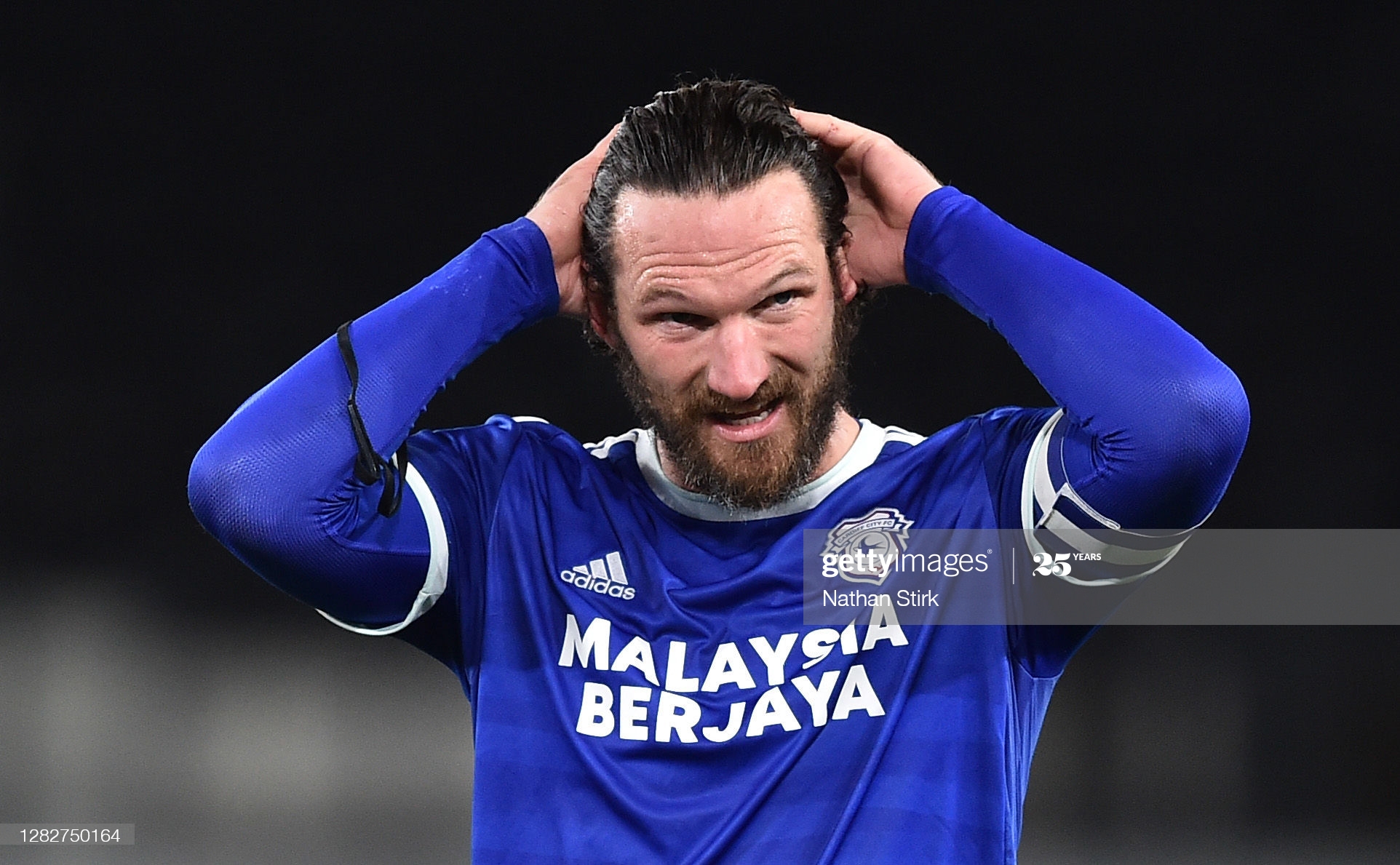 Sean Morrison has spoken about the honest discussions Cardiff City’s players had after their Championship defeat at QPR.

And he called for an immediate response to their disappointing start when 17th placed City face Barnsley at home on Wednesday night.

“When you’ve been on a run of games when you’ve not picked up as many points as you would have liked, drew games you should have won or lost games because the performance wasn’t good enough, sometimes you need to sit down as a group and discuss things, try and voice opinions and find out why results are going that way,” said Morrison.

“From a personal point of view, I spoke up and said, ‘Look, I’m not here to have a mediocre season. I don’t want to be fighting it out in the middle of the table, 15 points from relegation, 15 points from play-offs, we become professional footballers to win things, promotions, games.

“Sometimes people need to be reminded of that. Having a good start to the season can go a long way come the end of that.”

Morrison admitted manager Neil Harris was right to blast his City players as they trailed 2-0 at QPR at half-time on Saturday.

Joe Ralls’ second-half double looked to have rescued a point until they were hit by a worldly late strike from Dominic Ball.

We have to take responsibility as players for that performance today. Nowhere near good enough, we know that and will do all we can to put it right ⚽️

“Yeah. It needed to be done,” said Morrison, who has been with City since 2014. “I’m sure he doesn’t enjoy doing it and he doesn’t want to have to do that.

“When he is watching his team not perform to a level, he expects them to, he has every right.

“We were unfortunate in the end to concede that goal, the lad’s hit it off his wrong foot into the top corner from 25 yards, but we can’t give ourselves such a big task and then decide that’s when we start playing.

“It’s hard to break teams down when you go a goal behind. We need to get back to the levels we were at after the restart last season.

“This league, especially this season with it being so short, we need to start winning games”

With their unbeaten away form gone and winless at home. Sean Morrison can’t put his figure on why the Bluebirds aren’t performing the way everyone expects them to.

He added: “Once again, I’m not quite sure. Things happen in games. First game of the season we conceded after a few minutes down to a mistake.

“That’s not got anything to do with fatigue or preparation. We are not making enough right decisions as a collective. As a whole squad.

The Cardiff centre-back led his team to a playoff semi-final last season where they lost to eventual Wembley winners Fulham.

But Morrison doesn’t believe there is a hangover from their play-off defeat despite their poor start to the season.

“It’s hard to say. We are in a position we have never been in, in terms of the season finishing for three months, coming back to it, finishing, then an extremely short summer break.

“To come back into that, I’m sure it has its part to play for everyone. From a personal point of view, it’s hard to comment on whether there is a hangover. I don’t believe there is.

“We just haven’t been at the races. At QPR, we were second to most things, we weren’t winning our battles and left us a mountain to climb.

“We are disappointed, we should have a higher point total. We need to bounce back and roll up our sleeves. We need to put that right as soon as possible.”

One thought on “Sean Morrison Reveals What He Told His Cardiff City Team-Mates: I Won’t Do Mediocre”