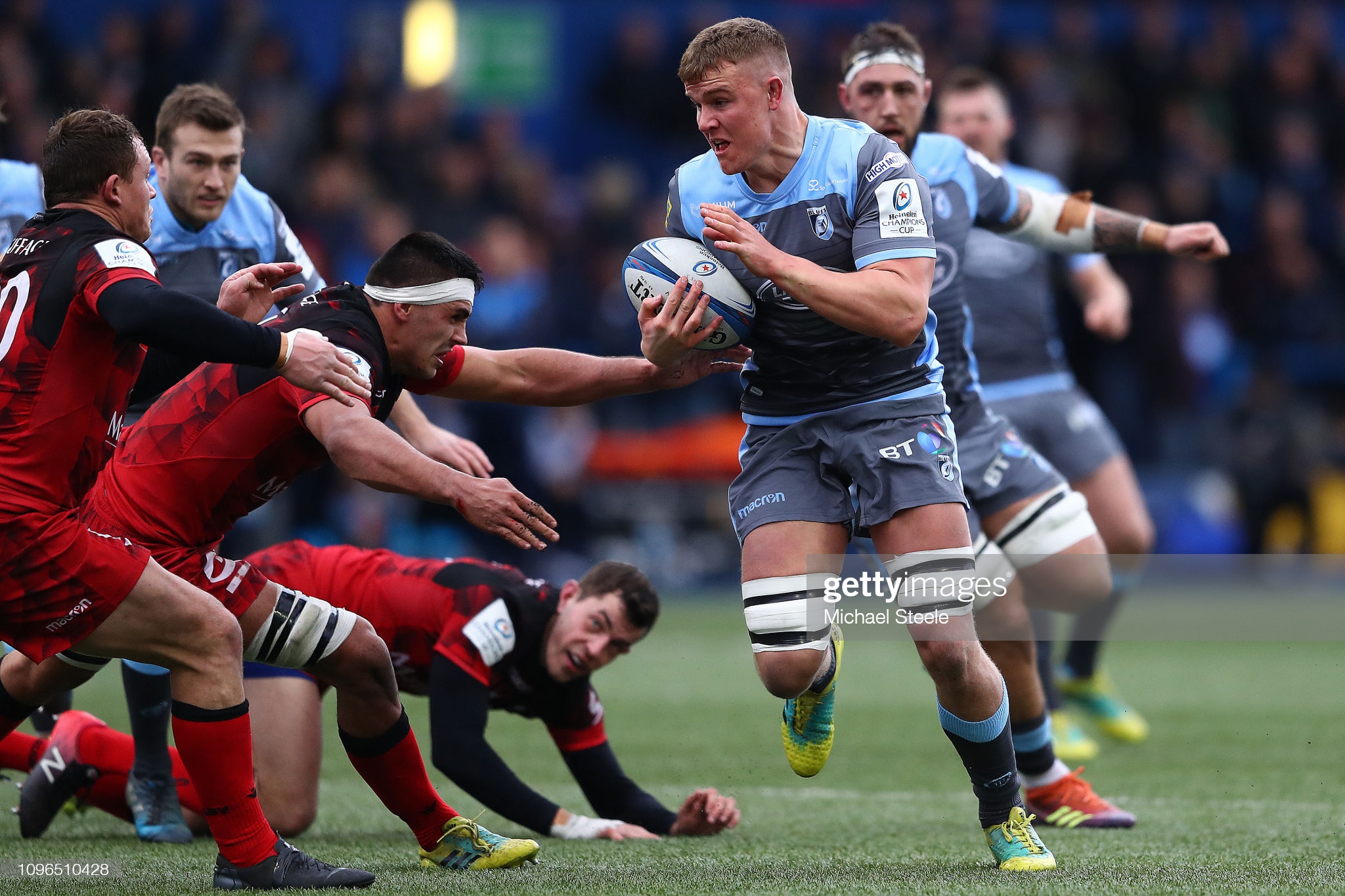 Shane Lewis-Hughes has admitted he is almost back to square one when it comes to convincing Wayne Pivac he is the back rower for Wales.

Lewis-Hughes, 23, was plucked from relative regional rugby obscurity to make his international debut against Scotland in the rearranged Guinness Six Nations game in October last year.

The Cardifff Rugby forward went on to feature in the Autumn Nations Cup against Ireland and England, impressing head coach Pivac and the Wales management not only with his talent, but also his incredible dedication.

On his return to Cardiff action, Lewis-Hughes suffered a nasty shoulder injury against Munster in March which required surgery. He has been on the sidelines since, but is now back fit.

“I’ve got to prove myself again,” the flanker said.

“We’ve got so many good back-rowers and youngsters coming through. Unfortunately, that’s the position everyone wants to play in Wales now.

“If international honours happen, they happen but I’m not looking at that just yet. My first aim is to get back into the Cardiff team.

“I’m not going to lie, it’s been a very frustrating time missing all the rugby I have in the last five or six months. I’ve been back into it for the last two or three weeks and it’s been brilliant.

“I’m slowly feeling like a rugby player again. Don’t get me wrong, it’s everybody’s dream to play for Wales. If a player tells you anything different, they’d be lying.

“But my main focus now is to have a good pre-season, keep working on my strengths, and improve and if I do get an opportunity to play for Cardiff, I need to take it.”

Lewis-Hughes missed Wales’ 2021 Six Nations title win and the summer matches with Canada and Argentina, but he has used his time on the sidelines wisely.

He is set to feature in Cardiff’s pre-season games with Bath and Harlequins and be ready for the start of the inaugural United Rugby Championship campaign.

“Having five months off with my shoulder allowed me to work on a lot of leg power, strength and speed,” said Lewis-Hughes, whose three caps for Wales have come in his favoured blindside flank position.

“Those were things I needed to work on to help with my ball carrying and attacking game.

“In pre-season I’ve already seen the benefits of that. I feel more agile and a lot faster than I ever did before so I’m really excited to play. I’ve actually put on four kilos.

“I’m 115 kilos at the moment which is probably a bit heavy for me, but I’m actually finding it OK.

“It’s important to find the right balance between being strong in the carry and being fit enough to maintain it for 80 minutes. I’m excited now for the games to come around.”

Lewis-Hughes will be like a new signing for Cardiff director of rugby Dai Young who might be forced to occasionally deploy him at lock following Cory Hill’s departure from the region.

When Lewis-Hughes was called up to the Wales squad as a late replacement last year, he earned the praise of iconic British & Irish Lions captain Alun Wyn Jones.

The pair are at opposite ends of their careers, but both share a huge passion for rugby and have had to recover from recent shoulder injuries albeit of varying seriousness.

While going through his own treatment, Lewis-Hughes admitted he was inspired by Jones’ own Lazarus-style comeback which allowed him to captain the Lions in South Africa.

“You’re not the most capped player in world rugby history without having an insane work ethic. When I was with Wales, he was the first on the training pitch and the last off,” Lewis-Hughes said of Jones.

“He’s an inspiring character and I had a couple of conversations with him about how he goes about his training and preparation.

“He’s probably the best second row to have ever played the game and it was no surprise to me he came back that quickly.

“When you see what he can do like coming back from a dislocated shoulder in two weeks, it makes you think ‘Am I doing everything I can?’

“It holds everyone accountable because he sets the bar that high.”