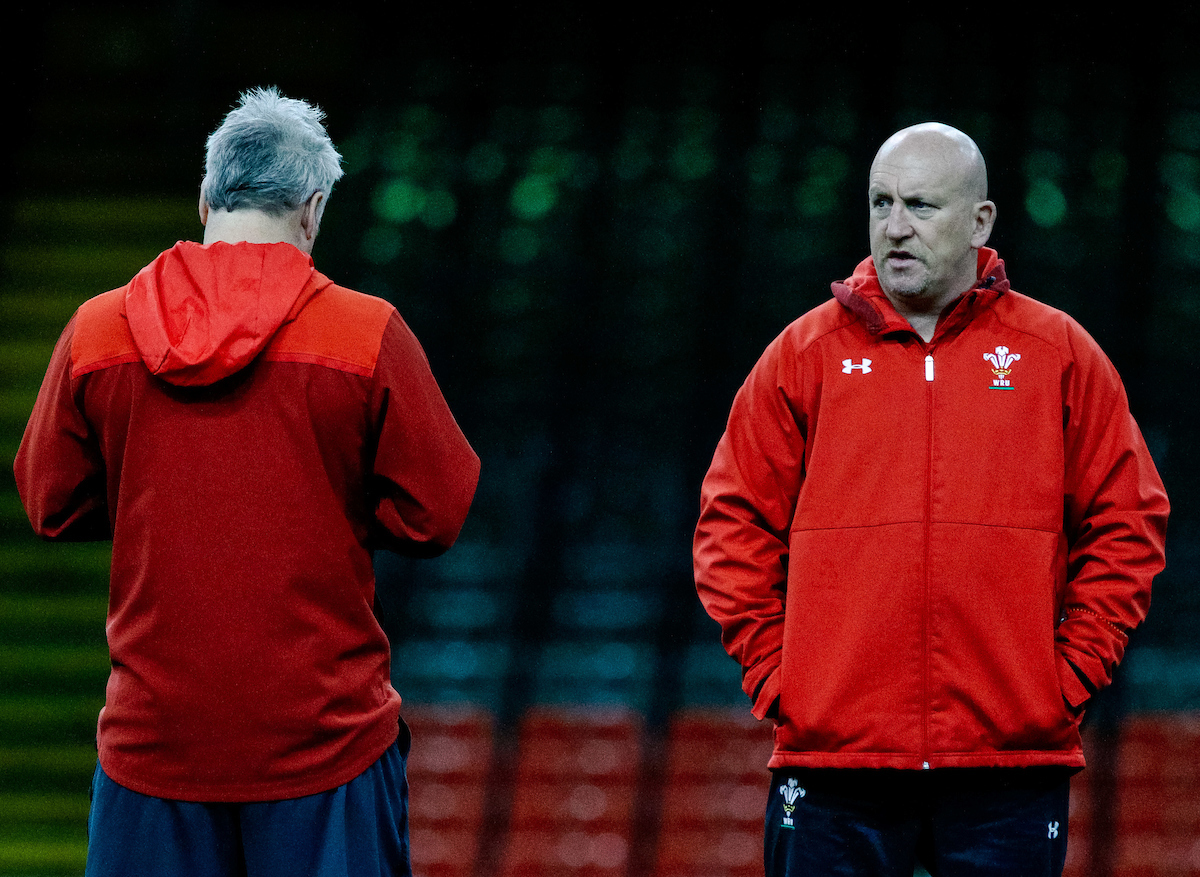 It will soon be break-up time for Warren Gatland’s Wales coaching team. Robin Davey ponders their next moves and suggests Shaun Edwards’ job-share role as defence coach would leave him plenty of time to also sort out the Dragons.

It’s World Cup year and Wales go in as Grand Slam champions but where will the coaches end up when the tournament is over?

We already know they’re mostly all going – WRU employee Neil Jenkins apart, and possibly Shaun Edwards – but the question is where will their ultimate destination be?

Head coach Warren Gatland intends returning to his native New Zealand where he will be taking a break, but he is hardly likely to put his feet up for long.

He’s already been touted as a possibility for a record-breaking third stint as Lions coach for the next tour to South Africa, but as for the regular day job, where could that be?

Many across the border see him as Eddie Jones’ successor as England’s head honcho, but Gatland says if he took that job, were it to be offered to him, he couldn’t come across the bridge back into Wales.

France was mentioned as a possibility but the all-powerful clubs have ruled that their next national coach must be French, and former scrum half Fabien Galthie is expected to be appointed.

Steve Hansen is finishing as All Blacks coach after the World Cup, having done a wonderful job, and there can be little doubt Gatland would jump at the opportunity to succeed him.

But will it be offered? Or is it more likely to go to a coach who has been doing a domestic job consistently in his native land, someone like Scott Robertson at the Crusaders, for example?

Another possibility for Gatland would be a return to the English Premiership where he enjoyed a brilliant run with Wasps before taking up the Wales job.

Such a role would be financially lucrative in a vibrant league and could well appeal to Gatland. That is where I would probably put my money.

Most intriguing is what the future holds for Edwards, and more particularly what his precise role or roles will be.

It’s been reported that the Wales defence coach will remain in the national set-up after it appeared he was heading back to rugby league and taking up the Wigan post.

But it’s also been suggested that talks between Edwards and the WRU have reached a sticking point over the length of his contract.

Quite why Edwards should not be given the full four-year deal everyone else in the Wayne Pivac regime is working to is a bit of a mystery.

Sure, they could have a twoyear break clause inserted – in case both sides feel things are not quite working out – but the overall deal should be to the next World Cup.

Only if there is that level of trust and confidence can such a delicate working arrangement be made feasible.

It has already been agreed that Byron Hayward will join fellow Scarlets coaches Pivac and Stephen Jones in a new Wales line-up.

Pivac wants both Edwards and Hayward, but two defence coaches? There is bound to be considerable overlapping and confusion and it could well involve quite a bit of sorting out.

Could it be that Edwards will take on a role with one of the Welsh regions as well? He was linked with both the Ospreys and the Dragons before taking on a part-time position with the former, the Dragons pulling out for financial reasons.

But the Dragons are due to appoint a new head coach, Ceri Jones having occupied an interim role after the removal of Bernard Jackman.

An announcement is expected next week after the Judgement Day fixtures, and given the likely part-time nature of Edwards’ position with Wales, could he combine that with the difficult job of reviving the ailing Dragons?

It’s a mighty task after yet another disastrous season for the Dragons, but it’s one that could well appeal to Edwards’ love of being the outsider.

It may again come down to money, though, for the Dragons operate on a smaller budget than their rivals.

What of the future of Wales’ two other coaches – Rob Howley and Robin McBryde – who have been in charge of attack and the forwards, respectively, in Gatland’s regime?

When many thought McBryde might be heading back to the Scarlets, it now appears he’s favourite to take up the role of scrum coach with Leinster, where a vacancy is expected to arise.

That would be a top job for Leinster are probably Europe’s strongest team, along with Saracens, and he would work alongside another exile in Stuart Lancaster, the former England coach.

Which leaves Howley. There has been little, if any, speculation about where his future might lie. Could he also be in the running for the Dragons job?

The feeling, however, is that he’ll probably want to get out of Wales, as he did before with Wasps. A move to one of England’s Premiership clubs could well be on the cards.

Meanwhile, it’s going to be another blank weekend for the Welsh regions, for it’s the Champions and Challenge Cup semi-finals and, as we all know, not one Welsh team made the quarter-finals never mind the semis.

Something has to change.