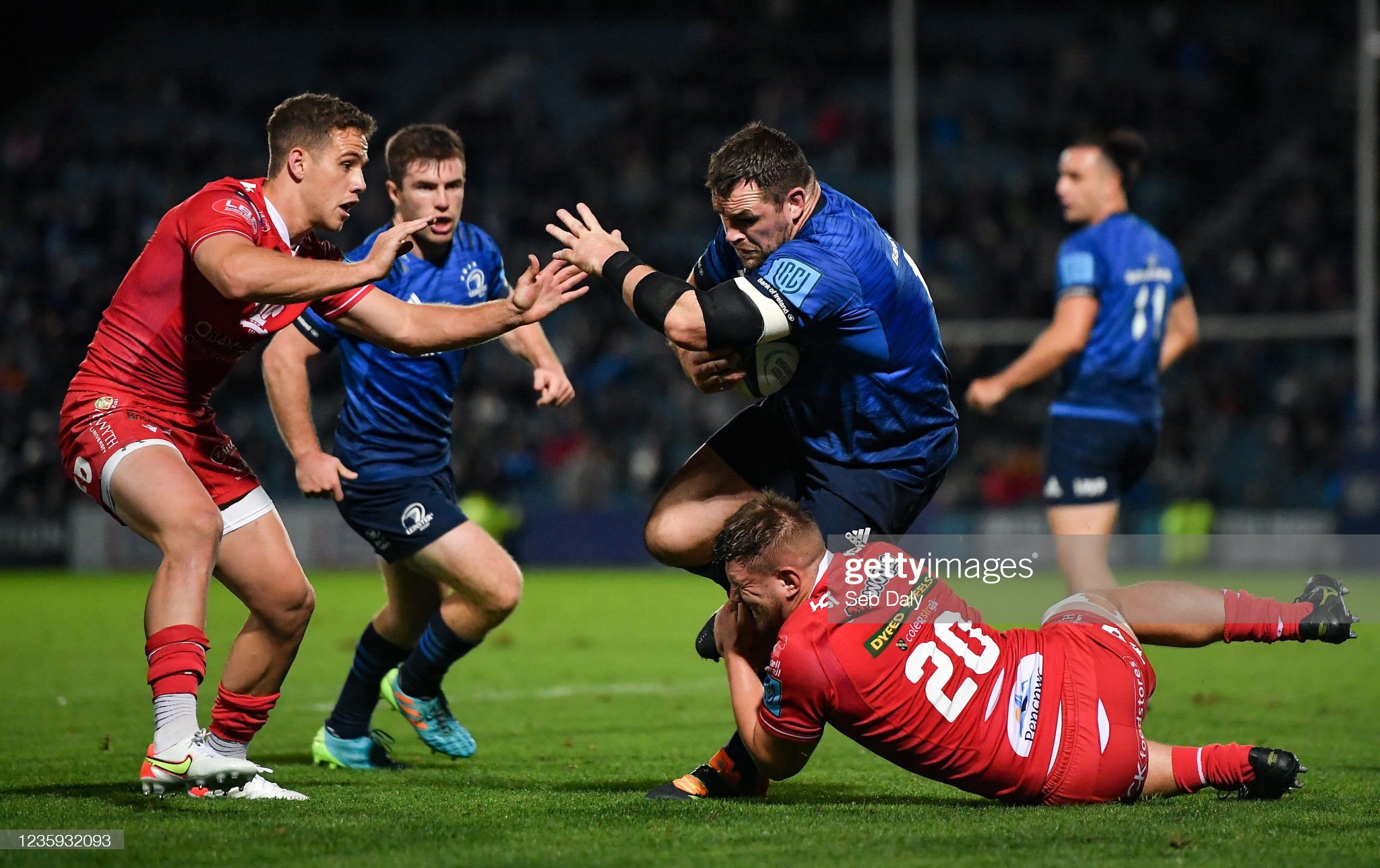 Scarlets hooker Shaun Evans has backed Jac Morgan to emerge stronger from his Wayne Pivac heart-to-heart – just as he himself did.

Evans – who will line up for his region’s final match of the season on Saturday against the Stormers – was a former teammate of Morgan’s at Parc y Scarlets, before his old pal moved to the Ospreys.

He admits he was surprised to see flanker Morgan left out of the Wales squad to tour South Africa, but less shocked by Pivac’s frank assessment of the situation.

Evans will be bidding to help the Scarlets pip the Ospreys to European Champions qualification in a final round URC match that is live on S4.

But when Pivac was head coach at the Scarlets before he took the Wales job, it was a cards-on-the-table chat with the New Zealander that altered the direction of Evans’ career.

Evans, 25, was a back rower himself before Pivac suggested his best position would be in the middle of the front row.

In terms of Wayne Pivac's comments about Jac Morgan needing to improve his physicality over the ball, it is worth noting that the Ospreys flanker is top of the turnover chart in the @URCOfficial with 22 of them.

“I was surprised Jac was left out, given how effective he is around the field,” says Evans.

“But I’m sure he will keep working and before long he’ll be back in where he wants to be.

“Coaches discussing your strengths and weaknesses can be tough, but it’s all part of the game and as a professional you get used to it. You look for feedback and criticism and take what you need from it.”

After leaving Morgan out, Pivac revealed he had told the forward he needed to work on his physicality and power – a no punches pulled assessment of Morgan’s required improvements.

“I went through it myself when I moved from back row to hooker,” says Evans.

“For me, it was Wayne Pivac himself who transitioned me to hooker, when he was at the Scarlets.

“I am not the quickest, but he said that with my body shape I should make the switch to hooker.

“I sat down with my father, who played front row for Felinfoel many years ago, and a couple of other coaches and thought, ‘why not?’ – let’s go for it.”

The only thing it could be is that they didn't feel he transferred regional form into the Test arena during Six Nations.

The result has been a breakthrough season for Evans in which he has made 14 appearances for the Scarlets, although, ironically, four of those came in the No.7 shirt midway through the campaign due to injuries and international calls.

“I started a few games at seven earlier in the season, but now I’ve settled in at hooker and I think my future lies at hooker. I’m getting more comfortable in that position every game.

“The way the game is going, it probably suits me more now to play hooker.

“For me, the big challenge has been the set-piece. There’s a lot to learn.

“Aside from that, the way hookers play the game nowadays, they are pretty similar to back rows. The stuff around the field is pretty much the same.”

Aside from learning new tricks at scrum and line-out, the former Wales U20 Grand Slam winner has also been adding a few kilos to his 6ft, 106kg frame.

That extra power will come in handy against the Stormers, the form team in the URC who will arrive in Llanelli on the back of a seven-game winning streak that includes the notable most recent scalp of Leinster.

All of them. So many big performances. Sam Costelow continues to impress, Shaun Evans had a great game, Foxy, Sanjay, Sam L and Sione just *chef's kiss* Loved it.

The Cape Town-based visitors are currently laying fourth in the table and have already made the play-offs, but will be motivated by the knowledge that a victory will give them a home draw in the knockout stages.

“They are very strong, as all the South African sides are now proving in this competition,” says Evans.

“They have a lot to play for as they’re looking for a top four finish, but then so do we. We are pushing for that Champions Cup spot and we’re desperate to make it.”

The Scarlets are currently 10th in the table, tied on 44 points with the Ospreys who are one place above by virtue of having won two more matches.

That means a bonus-point victory for the Ospreys at home to the Bulls on Friday night would clinch their position as the top Welsh team and with it, Champions Cup qualification for next season.

But anything less will leave the door open for the Scarlets to squeeze past.

We maybe need to replace Samson if he's out til 2023 but a big 2nd row should be priority. Wyn, Steff and Kemsley are a cracking group of looseheads. Ken, Elias, Shaun Evans hooker and Javan, HOC, WGJ tightheads

“We know how much top level European competition means to the fans and it’s the same for the players,” says Evans.

“It’s something we have chased all year. The supporters love those big nights in Europe. It creates excitement all around the town.

“We have been on the wrong side of a few heavy defeats, but it’s been a learning process with new coaching staff coming in, trying to put their stamp on things.

“I think it’s starting to shape up well for next season.

“Playing at the top level in Europe means so much to everyone. I sat in the stands myself as a kid and so I know how much it means to the fans.”

Live coverage of the URC match between the Scarlets and the Stormer from Parc y Scarlets. English commentary available.