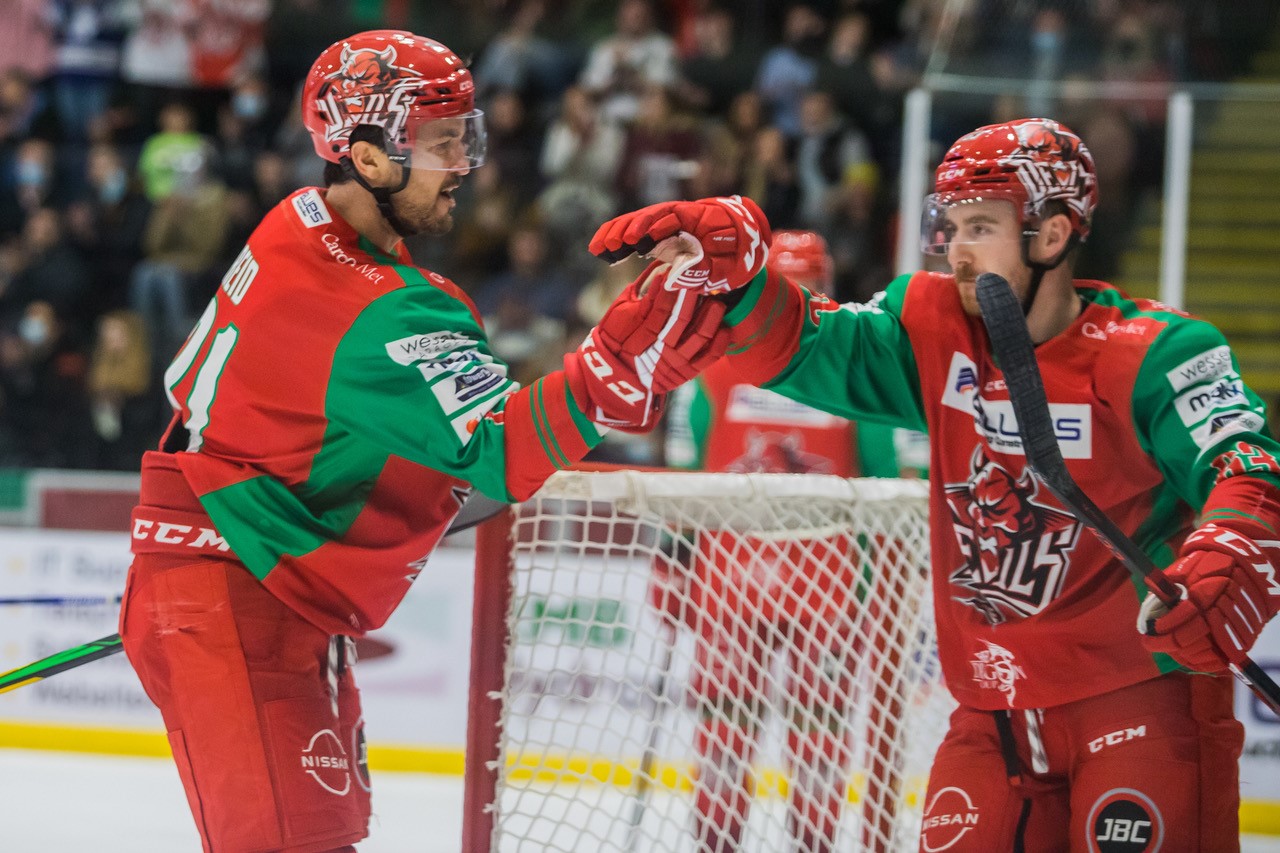 The Cardiff Devils start their weekend with a Saturday night shootout against the Guildford Flames at Ice Arena Wales to determine who will finish as one of the top-seeds in the Challenge Cup.

The two teams are level on points heading into their final group stage game and the winner of Group B will be seeded in the quarter-final round.

The Devils then visit Sheffield on Sunday afternoon to face a streaking Steelers side, who’ve won five-straight in all competitions.

They dropped points in consecutive games for the first time in domestic competition this season after the Coventry Blaze and Fife Flyers snuffed the Devils’ industrious yet predictable offence, as the team slumped to their third defeat in four games.

To avoid a repeat of last weekend, they quickly need to rediscover their groove.

“We’ve put 114 shots in the past two games this past weekend and scored two goals,” rued head coach Jarrod Skalde to a media gathering this week.

“We have some guys who have proven they can score, they’ve gone on streaks throughout the start of this season where they can score but right now we’ve put a lot of shots on net for whatever reason over the last little bit we’ve just struggled.”

That is despite the efforts of Brodie Reid, the summer arrival, who leads the Elite League in goals with nine in seven games, alongside his three in seven games in the Challenge Cup.

In the Elite League, Reid has contributed half of the Devils’ 18 goals this season, behind him Josh Waller and Cole Sanford each have two.

With frustration fresh in the minds of the Devils shooters, Skalde says the focus this week has been on the team’s wider approach.

“One thing we’ve talked about this week as a group is, if you’re not scoring, you’d better be checking,” he said.

“There’s other areas of our game that need to improve and that’s been our focus this week. It’s almost like putting too much emphasis on scoring, guys start gripping their sticks a little more.

“So there are some areas of our game where things have crept in and we’ve addressed them and that’s going to be our focus heading into this weekend,” he added.

“We know that Brodie could score, he finished in the top ten [scorers] in the ECHL last year – he’s done it over his career.

“For us here, it’s been the timing of a lot of his goals. The timing of a big-time goal scorer like him seems to rise just when you need a goal, so we’re very fortunate to have him here and his professionalism and what he means to our locker room.

“That said, we need more consistency from our line-up, whether it’s from our back-end, our third line or our second line.

“We’ve moved some lines around to see if we can get some chemistry from some other guys, and when you can get different areas of your team scoring it sure makes a difference if you’re not relying on one guy,” he said.

Despite their inconsistent results to date, the Devils have won all three of their previous meetings against Guildford so far this season.

Toran Kozun was the starting goaltender in each of those games and it is thought he will again be in the net on Saturday.

A fourth win over the Flames would clearly give the team a time lift heading into that Sheffield game as the Devils look to avenge an overtime defeat from their last meeting.

“Our goaltending has been very good and solid,” said Skalde. “We’ve been really fortunate with both goaltenders.

“The plan going in was to have two import goalies, not necessarily sharing and more about seeing how it plays out.

“We’ve given Kozun some support with goals, but of late with Mac Carruth in, we’ve not been getting any goals for him.

“I know that’s frustrating on his end, it’s frustrating on all our part – we’ll continue to go week-by-week to see how they go. I know both want to go back-to-back on certain weekends and both will get that opportunity.”

The Devils have parted ways with Andreas Valdix

After announcing the departure of Andreas Valdix this week, centre Brodie Dupont is expected to return from injury following a three-week absence.

Josh Waller did return to the ice this week after leaving the game against Coventry but there is no confirmation that he will ice this weekend.

Sheffield visit Nottingham Panthers on Saturday night in the Challenge Cup before hosting the Devils.

A limited number of tickets for the game against Guildford on Saturday night are available from here.