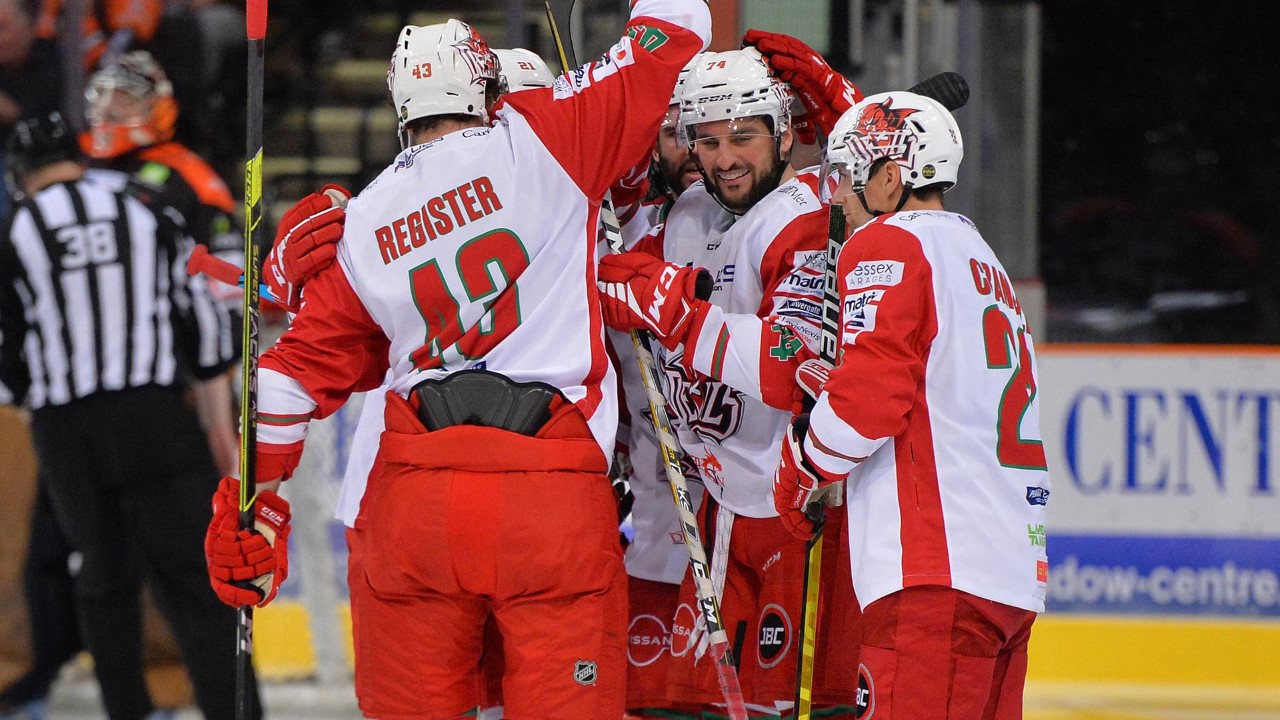 Jarrod Skalde says the Cardiff Devils need to ‘re-focus’ ahead of this weekend’s double-header in Scotland.

The Devils are attempting to win three games on the bounce for the first time this season against the Dundee Stars on Friday night before facing the Fife Flyers on Sunday.

The Devils stunned their hosts as they stormed into a 3-0 first period lead. Cole Sanford scored his second of the game early in the second frame and netminder Mac Carruth was able to secure the shutout.

The win was the Devils most impressive to date, in a campaign that has so far yielded mixed results.

“It felt great. It was a good rebound weekend for us and it was great to get the overtime win at home in the shootout and knowing the rivalry with Sheffield, I thought it was a 60-minute effort on our part,” said Skalde.

After a sequence of injury problems, the Devils should finally be at full-strength this weekend and are boosted by the return of forward Josh Waller.

“Training has been good. We were coming off a good weekend but it was important to regain our focus. Last time up in Fife it didn’t go our way and this is the first time we’ve seen Dundee all year,” he said.

“We’ve got Josh Waller back this weekend, he’s got that speed and energy and it’ll be nice to have a full line-up and share some ice-time around and play with a lot more tempo and energy.”

The Devils will have the chance to avenge their recent 3-1 defeat against the Flyers in front of the live TV cameras. Premier Sports will be showing the game live on Sunday evening (6pm).

On that occasion the Devils were frustrated by a defiant display of goaltending from Shane Owen, who turned away 56 shots for Fife.

“We put 57 shots on net last time so we’re not going to focus on our offence. We need to make sure we defend properly and other areas of our game are intact to give us the chance to score some goals,” explained Skalde.

The Devils have an off-day on Saturday that was originally scheduled for the team to face the Glasgow Clan. However that game was postponed, allowing the team to take some time out and experience the Scottish capital.

“It’s an opportunity for a lot of the guys who haven’t been to Edinburgh to see the city and take in some of the history and culture – it’s not very often we get this much time on the road so I think it’s a great opportunity, ” he added.

The Devils are currently fifth in the Elite League standings with nine points following their four wins and four defeats.

Tickets for the Cardiff Devils next home game against Belfast Giants on Saturday 27 November are available now.