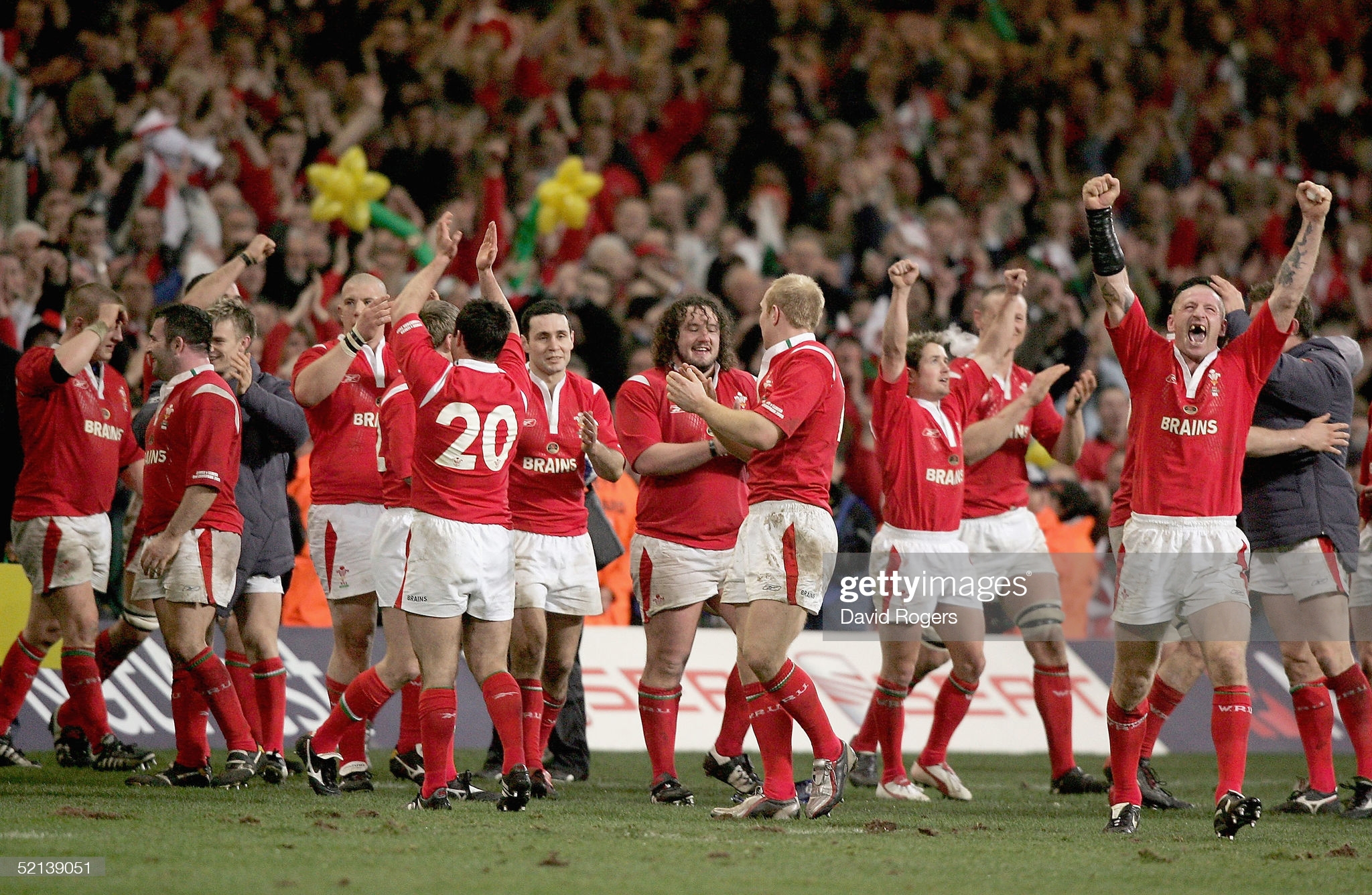 The American novelist Barbara Kingsolver wrote: “Memory is a complicated thing – a relative to truth, but not its twin.”

So, how do you remember recent years of Welsh rugby? Aside from the record books and statistics, what are your memories? And how do they stack up to the truth?

In his new documentary, “Slammed”, producer-director Craig Withycombe has attempted to re-tell the events of one of the most tumultuous decades for the national sport – the 10-year period stretched, and lovingly stitched together, between 1998 and 2008.

The three-part series  – which is being screened across three successive nights by BBC Wales – is a must-watch for anyone who finds their own feverish emotions can always be tracked and traced to the fortunes of those wearing red.

Instead of Chris Whitty or Mark Drakeford, though, this drama is told by those who stood at the centre of the fandemic – Gareth Thomas, Shane Williams, Colin Charvis, Steve Hansen, Mike Ruddock, Warren Gatland, Tom Shanklin and others.

In the interests of transparency, I should declare I’m one of the bit-part journalist contributors used to help tell the tale.

It’s a wide-eyed, compelling account, a rollercoaster ride through the highs and lows – of which there were plenty, including record thrashings, Ruddockgate, car park sackings and Grand Slams – both on and off the field.

But is it the truth?

“It’s my truth,” says Withycombe, Wales’ leading sports documentary-maker, who was inside the tent, to some extent, as a producer on Scrum V for much of the period he has now chronicled.

You get to do something that very few people get to do for a very proud rugby nation. #SLAMMED pic.twitter.com/PRXODMPEJo

“Those views are entirely valid. People will remember the same events, but have a totally different take about why they happened. That’s fine.”

In essence, “Slammed” attempts to do for Welsh rugby what “The Last Dance” did for Michael Jordan, the Chicago Bulls and the NBA.

Jordan’s brilliance was said to make him “impervious to overstatement” and while the same cannot quite be said of Shane, “Alfie”, Gavin Henson and others, the archive footage alone brilliantly captures the swaggering self-assurance of the Welsh team when they are ablaze.

The other star of the show is the stage itself. The Millennium Stadium, as it was then known, has never looked as vibrant, it’s throaty roars a spine-shivering marvel.

Noticeably absent, even only 13 years ago, are the beer-carriers clogging up the stands. Yes, kids. Back in those days, people actually took notice of the game.

“During lockdown last year, I watched The Last Dance and it reminded me that I always felt something similar could be made about Welsh rugby,” says Withycombe, who has previously made superb documentaries on Shane Williams, the 1974 Lions tour to South Africa, Swansea City’s meteoric rise, and the “Mavericks” series on various Welsh sports figures.

“I also really liked recent sports documentary series such as “Sunderland ‘Til I Die” because of the way it really got under the skin of the club.

“In Wales, we have this incredible natural stage for epic story-telling, which is the stadium itself. It gives you a grand setting on which these events were placed.”

It is on that patch of Cardiff turf where much of the climactic action takes place. But the series also takes you around the world as Wales chase respectability before trophies.

There are no Big Questions answered, no big reveal. But there is an ocean of detail, carefully selected to help make sense of the chaos.

It is more an attempt to give the viewer the feel of what it was to be at the centre of events as they unfolded – the depths to which Wales had sunk in the late 90s, the appointment of the shrewdly influential Graham Henry, the hard yards under Hansen, Ruddock’s Midas touch, the debacle of his departure, the tawdry treatment dished out to Gareth Jenkins and the sudden, laser sharp focus imposed by Gatland.

If that sounds like a mundane chronological march through the years, it most definitely is not.

Rather than follow a rigid timeline, the series riffs around certain significant themes. Those include the gift of charisma delivered by Henry, the despair of Williams as he is overlooked by Hansen, the lurid homophobic threats being made to Thomas, and the banal incompetence of the Welsh Rugby Union when it came to handling success.

Slammed – the inside story of one of the most turbulent times in Welsh rugby.

“It’s chronological, but that would be really boring if it just recounted events in sequence,” says Withycombe.

“We looked at certain people and various themes that were going on and tried to bring a whole narrative together that way. By showing the parts, you maybe get an understanding of the whole.”

Some issues are dealt with more deeply than others. After all, navigating 10 years in three hours means avoiding some sinkholes.

The start point is 1998, a year when the national team were a global gag – a team so bad they were described as the very worst on the planet by South Africa coach Nick Mallet.

The ascent is steep, but, of course, it doesn’t last. This is Welsh rugby, after all, where there are only two settings on the gauge – outrage or hysteria.

What goes up, must lurch down.

Thomas is his usual impassioned self – especially when defending his actions during the Ruddock era – although other versions of that period have already been made available from the likes of Williams and Adam Jones.

I hope he spills the beans about his controversial exit and who stabbed him in the back? https://t.co/JnecYJy4v9

There is humour, too, from the former captain and also plenty of genuine heart-warming stuff from the likes of Shanklin, Williams and Jones.

Archive nerds will enjoy the behind-the-scenes footage – over 300 hours of material were trawled through to unearth nuggets, such as the horse-shit training field where the country’s finest players honed their skills.

The tightly-shot match action, the sweeping broad brush images, the sound and fury of the whole lovingly crafted memoir, is a tribute to Withycombe, director of photography Phil Chappell and editor Dan Young.

Wales produced some magnificent rugby players in the years that ended a 27-year wait with two Grand Slams inside four years.

Now, the country has a visual record worthy of those achievements.