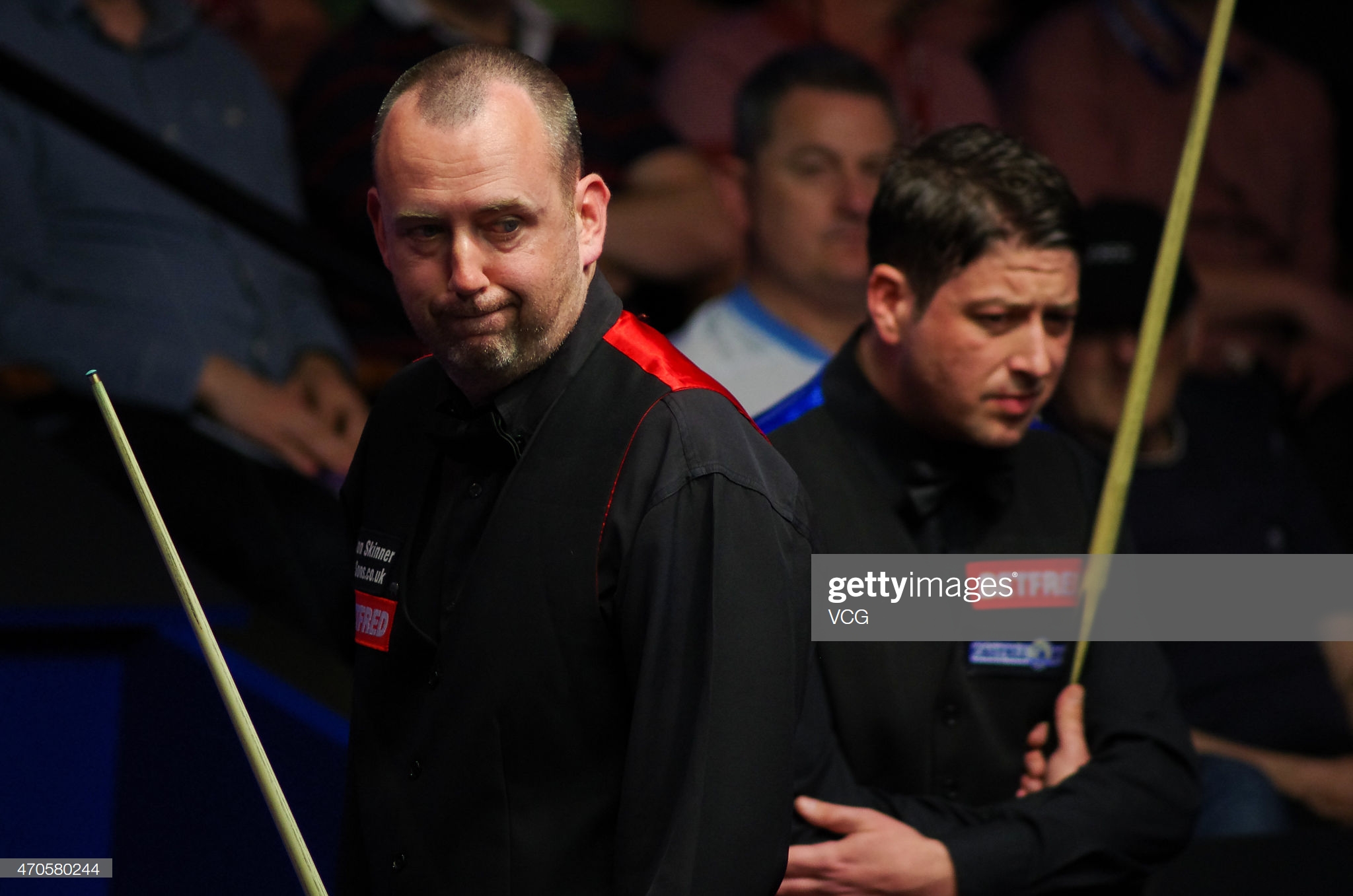 Snooker’s second biggest tournament, the Betway UK Championship, starts today (Tuesday) in York, where the Welsh challenge is likely to be carried by very familiar faces. Simon Kendal-Williams examines why the new Welsh baize brigade have failed to march up the rankings.

It was 20 years ago this week that two Welshmen faced each other in the final of the UK Championship, when the world was a very different place.

Cardiff City and Swansea City languished in the Football League’s third and fourth tiers, respectively; Robbie Williams had just usurped Geri Halliwell at the top of the UK singles charts; The Sixth Sense and Fight Club ruled at the box office and Wales crashed out of their own Rugby World Cup against Australia with barely a whimper.

The fact that the two protagonists from that final – Mark Williams and Matthew Stevens – remain in the professional ranks well into their 40s is to be applauded; celebrated, even.

That one of them remains the best hope of a Welsh victory two decades on, however, is rather more sobering.

This is neither Williams’ nor Stevens’ fault, of course. Their longevity is testament to each player’s dedication to maximise their innate talent.

Those talents were certainly in evidence during that 1999-2000 season.

In addition to the UK final – which Cwm-born Williams won 10-8 – five of the eight other ranking event finals featured either Stevens or Williams.

And in the final at the Crucible, the pair treated us to another memorable duel, Williams prevailing 18-16, despite Carmarthen’s Stevens leading 13-7 at one stage.

It was Williams who went on to enjoy the greater success.

In claiming a second world title in 2003, he became only the third player to achieve the Triple Crown of UK, Masters and World titles in the same season.

His third World crown in 2018 was his 21st ranking victory.

Stevens never matched his compatriot’s achievements, but remained part of the game’s elite for another decade.

He finally won the UK Championship at the third attempt in 2003, and reached his second Crucible final two years later, losing to Shaun Murphy.

But as this year’s UK Championship gets underway in York on Tuesday, the chances of another all-Welsh final on December 8 are as remote as Geri enjoying another number one single.

It wasn’t supposed to be this way.

Over the last decade, a new breed of Welsh players was expected to emerge, building on the legacy of Stevens and Williams, Reardon and Griffiths, before writing their own names into snooker’s history books.

Not a ‘golden generation’, perhaps, but still one capable of featuring among the game’s elite.

For whatever reasons, this hasn’t happened.

Yes, there have been occasional successes, the odd trophy held aloft by a young Welsh player, prompting talk of a potential ‘breakthrough’.

But so far, these have been little more than false dawns.

Since the start of the 2017-18 season, nine of the 46 ranking finals have involved Welsh players.

Take Williams out of the equation, and that number falls to three.

It is fair to say that with 12 professionals in the ranks – only England and China have more – Wales is punching well below its weight.

Arguably the biggest under-achiever – across the sport as a whole, not just in Welsh terms – has been Ryan Day.

The Pontycymmer player rose steadily through the ranks after turning professional in 1999, reaching his first two ranking finals in 2007, and another the following year.

Despite climbing as high as sixth in the world, incredibly it was not until 2017 that Day landed his first ranking title, the Riga Masters.

He claimed a second later that season at the Gibraltar Open, but in the 25 ranking events since, he has failed to make it beyond the quarter-finals.

With his potting prowess, break-building ability and all-round game, there is no doubt that Day should be a multi-ranking title winner.

Critics point to lapses in concentration holding him back, and they have a point: those two wins came in minor ranking events over shorter formats – best-of-nine and best-of-seven frames.

And strikingly, in the multi-session Triple Crown tournaments, Day only has one semi-final appearance to his name (the 2017 UK Championship) and three Crucible quarter-finals.

Perhaps lack of self-belief on a bigger stage remains an issue.

Losing those early finals – especially the Shanghai Masters, where he lost 10-6 to Dominic Dale having led 6-2 – certainly left their mental scars.

This would explain the head-shaking and negative body language which accompany even the slightest mistake or misfortune.

At 31, Daniel Wells is only eight years Day’s junior, but he remains on an (albeit slow) upward trajectory.

Since regaining his Tour card for the third time in 2016, the Neath player has seen his ranking rise from 87th to 57th, despite only reaching one ranking semi-final to date.

If Wells’ progression could be described as steady, the opposite is true of fellow Neath resident Michael White.

Having made a century break at the age of nine (then a world record), in 2006 he won the World Amateur title at just 14, turning pro the next season.

When his ranking was as high as 15th three years ago, no less a name than Ronnie O’Sullivan proclaimed White a future world champion.

But by then White had already admitted to suffering from depression, and he has since struggled to rediscover the form which brought him two ranking titles.

Currently 62nd in the world, White’s one-year ranking has plummeted to 104, due to a disastrous run of just one win in 14 matches.

The third of the Neath triumvirate, 31-year-old Jamie Jones, has just completed a one-year ban for admitting having prior knowledge of another player’s attempt to fix a snooker match in 2016.

Jones – a ranking event semi-finalist and Crucible quarter-finalist – has now dropped off the Main Tour, and it remains to be seen if he launches a comeback next season.

Perhaps Cwmbrân will provide the next Welsh tournament winner.

At the age of 26, former European Amateur champion Jak Jones goes into the UK Championship in the best form of his career, having reached the last 16 of two ranking events already this season.

Already up to 71st in the world – 35th on the one-year rankings – the rest of this season will be crucial in determining whether Jones can manage to breach the all-important top 32. And what better place to start than the second biggest tournament of them all?

Not even born when Williams and Stevens locked horns 20 years ago, Jackson Page’s professional journey is just beginning.

The early signs are encouraging, with the 18-year-old from Ebbw Vale breaking into the top 100 last season, and climbing to 81st on the one-year list.

His only appearance in York came as an amateur two years ago and ended in a 6-3 defeat to O’Sullivan.

Chances are this week will present a similar learning curve, providing invaluable experience for the years ahead.

Dominic Dale Scorches The Rocket . . . Then Crashes And Burns

Given their current rankings and experience, you would expect Llanelli’s Jamie Clarke, Cardiff’s Kishan Hirani and Duane Jones from Mountain Ash to adopt a similar mind-set.

If they find themselves with a spare five minutes at the Barbican, though, they would do well to pick the brains of two more Welshmen in the twilight of their careers.

At October’s English Open, 43-year-old Lee Walker reached only his second quarter-final since regaining his card in 2014 – and remains the last player to defeat Judd Trump in the world champion’s last 24 ranking-event matches.

And in the same month, Dominic Dale managed to pull off a shock win against O’Sullivan at the World Open at the age of 47.

Forty-somethings upsetting the snooker form book once in a while makes a great story, momentarily turns back the clock and allows us the briefest of wallows in the intoxicating waters of nostalgia.

But what we really need is for the current crop of Welsh players to step up and make their mark – before the undoubted talent and potential of another generation is wasted.