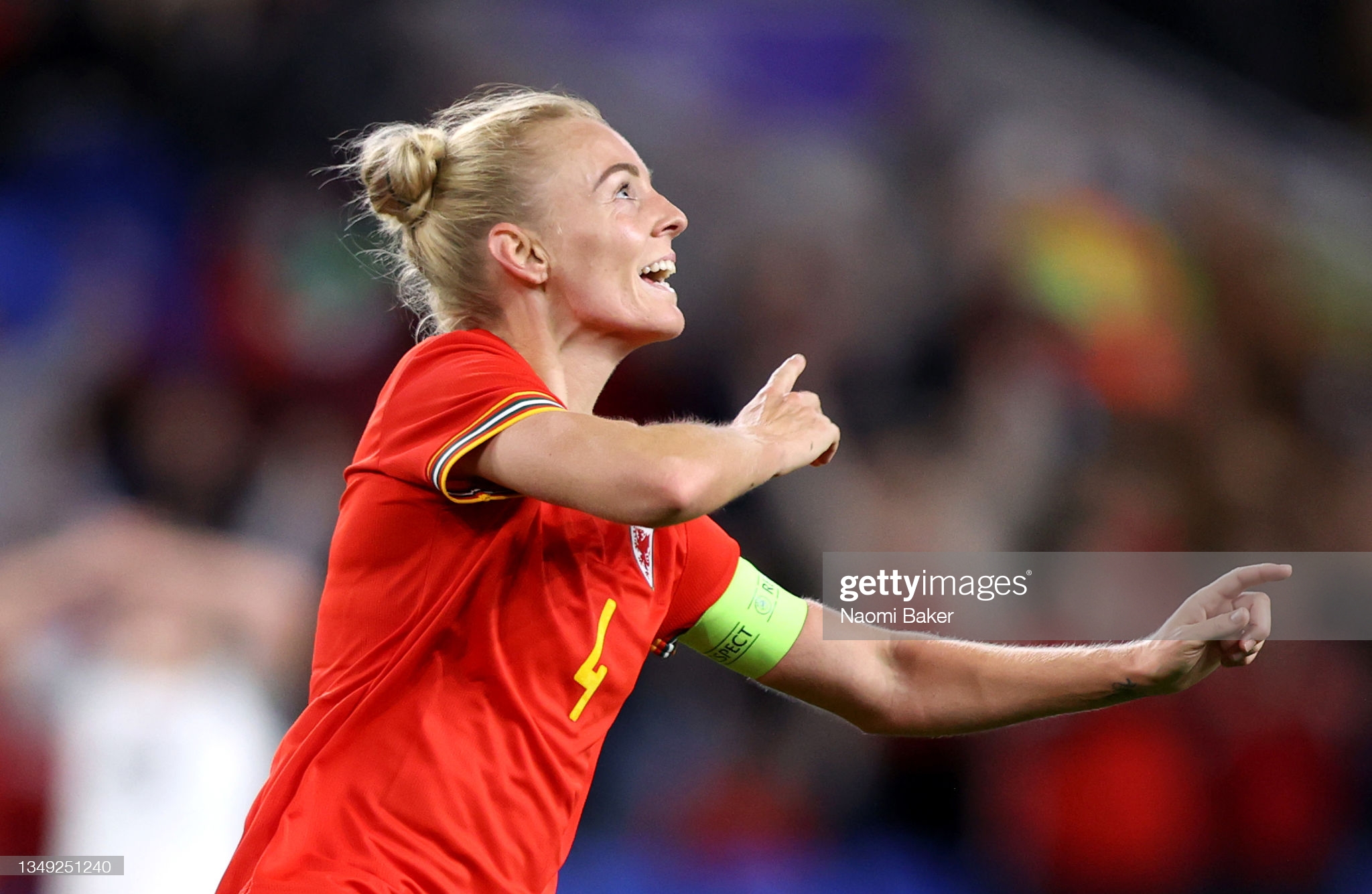 Sophie Ingle has admitted Wales are unlikely to top their FIFA Women’s World Cup group – but the captain still insists they can get a positive result in France on Tuesday night.

The Wales skipper leads her unbeaten team into the second of their two-game qualification period, following an impressive and highly professional 5-0 thrashing at home to Greece last Friday.

But France in Brittany – who top Group I with maximum points and are ranked the fifth best team in the world – will prove by far the toughest test of the campaign so far for the Chelsea star and her improving team.

“We are realistic,” says Ingle, who has led her team to four wins and a draw so far in a very promising first campaign under manager Gemma Grainger.

“On paper, France will probably finish top of this group, but that is not to say we can’t get a result out there.

“But we will have to defend really well to get anything. France are relentless and score goals for fun.”

France, who were World Cup hosts of 2019 but were beaten by eventual champions the USA at the quarter-final stage, have started their qualification quest in ruthless fashion.

They are averaging seven goals a game, having scored 35 goals in just five one-sided matches but Ingle believes it would be a mistake for Wales to have an overly defensive approach.

“We know we’re probably not going to have as much of the ball as we have in the last games, but when we do have it, we have to be brave with it and we have to try and get the ball forward as quickly as we can.

“Realistically, we probably will be in a mid-block and just waiting for those turnovers.

“We want to show who Wales are and we don’t want to turn up to France on Tuesday night and not show a good account of who we are as the Welsh national team.”

Grainger admits France appear to be on a mission to make amends at the finals in Australia and New Zealand in 2023, for what they perceive as a failure to conquer the world when they were hosts.

They may be in a period of transition, with players like the great Wendie Renard and Amandine Henry having been used less frequently in recent games, but that does not appear to have weakened their firepower.

Wales, though, should be feeling confident due to their progress under their English manager. Not only have they become much more attack-minded under her guidance, but there is a level of physicality, aggression and ruthlessness that was evident in the goals plundered against the Greeks.

But Grainger acknowledges the first thing Wales must do is deal with that French goalscoring threat and she confessed: “That average is seven goals a game is certainly one we would like to bring down.

“We are the underdogs, but we have to use that mentality to our advantage.

“Expectation levels may be low from the outside, but inside there are high expectations for a quality performance.

“This will show the progress Wales are making against one of the best teams in the world.

“The foundations of this team is built on how defensively sound we are. We have to defend well in all areas and now it’s going to be a challenge for us based on the stats.

Slovenia are also in action on Tuesday when they take on Greece.