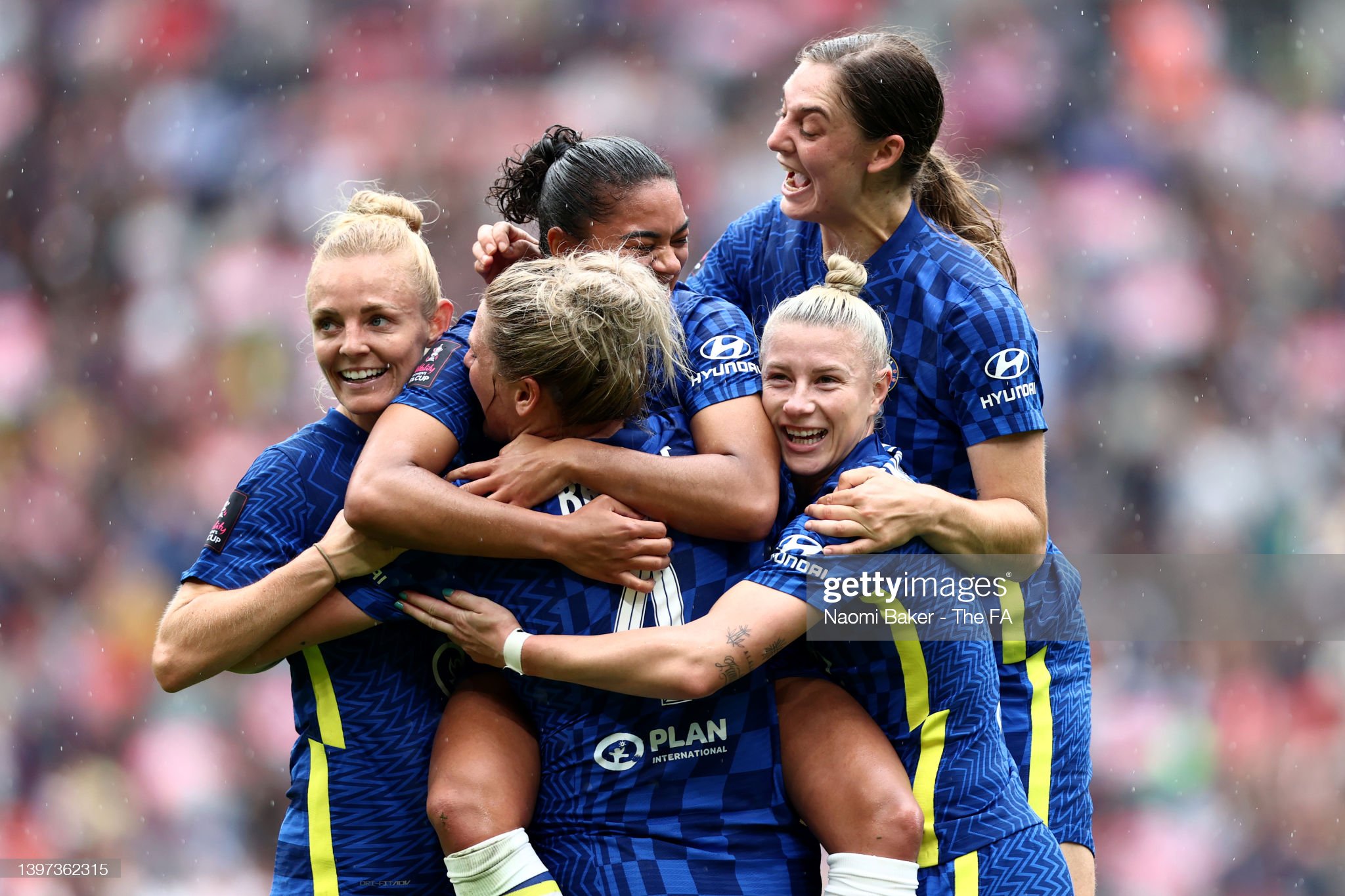 Sophie Ingle will celebrate her Double triumph with Chelsea by trying to break the attendance record for a Wales women’s international later this year.

The Wales captain helped her club lift the Women’s FA Cup at the weekend when they overcame Manchester City 3-2 at Wembley after extra time.

It followed the club’s historic third successive Women’s Super League title clinched last weekend, a Double accomplishment of which Ingle has been a key part.

The Barry-born midfielder will now turn her attention to attempting to guide Wales to World Cup qualification for the first time.

Gemma Grainger’s side need four points from their remaining two matches to guarantee a play-off spot for the 2023 finals and the FAW have confirmed the last of those games – at home to Slovenia on September 6 will be at the Cardiff City Stadium.

Wales have more recently used Parc y Scarlets in Llanelli  as their main home base, but it’s anticipated the final qualifier will set a new record for a home crowd for a Welsh women’s international.

Another week, another trophy 👀

The last match at the Cardiff City Stadium saw a record attendance for the side, with 5,455 fans watching the 4-0 win against Estonia last October.

Ingle is currently on something of a career high with her club and will hope the momentum can spill over when she leads her country, with the first of the remaining qualifiers away to Greece on September 2.

Her Chelsea manager Emma Hayes described her team as the best group of players she had ever coached in her career af their Wembley triumph.

“Honestly, those women will go down in history,” Hayes said.

“I will look back in 10 years’ time and I’ll be like: ‘That group was immense.’ It’s the best team I’ve ever coached.

“I totally understand that we always want to talk about perfection in football but having been on the winning side more often than not, let me tell you, it’s about human endeavour.

“And we have a group of people who are not going to be on the losing team, they’ll find a way.”

Hayes’s team twice took the lead in a thrilling match that went to extra time in front of a record crowd for the final.

Sam Kerr put Chelsea ahead in the 33rd minute only for Lauren Hemp to equalise shortly before half-time.

Erin Cuthbert restored Chelsea’s lead just after the hour but the City substitute Hayley Raso scored with a minute of normal time remaining.

Kerr struck again in the first half of extra time.

Hayes added: “I’m so happy, if you can’t tell from the smile on my face.

“I’ve been involved in lots of football matches. Nothing was more enjoyable than that win today. Even though my assistant nearly knocked me out following our winner. He literally pulverises me. That game was a win for women’s football.

“I love these games. I love playing Man City and they love playing us for the same reason, it’s football at the highest level.

“Tactically both teams have their strengths. I thought we did enough because we stopped them in their game, in the way that I’ve seen them control the games.

“I thought we were bold; really, really bold and I think that’s why we’re the winning team.”