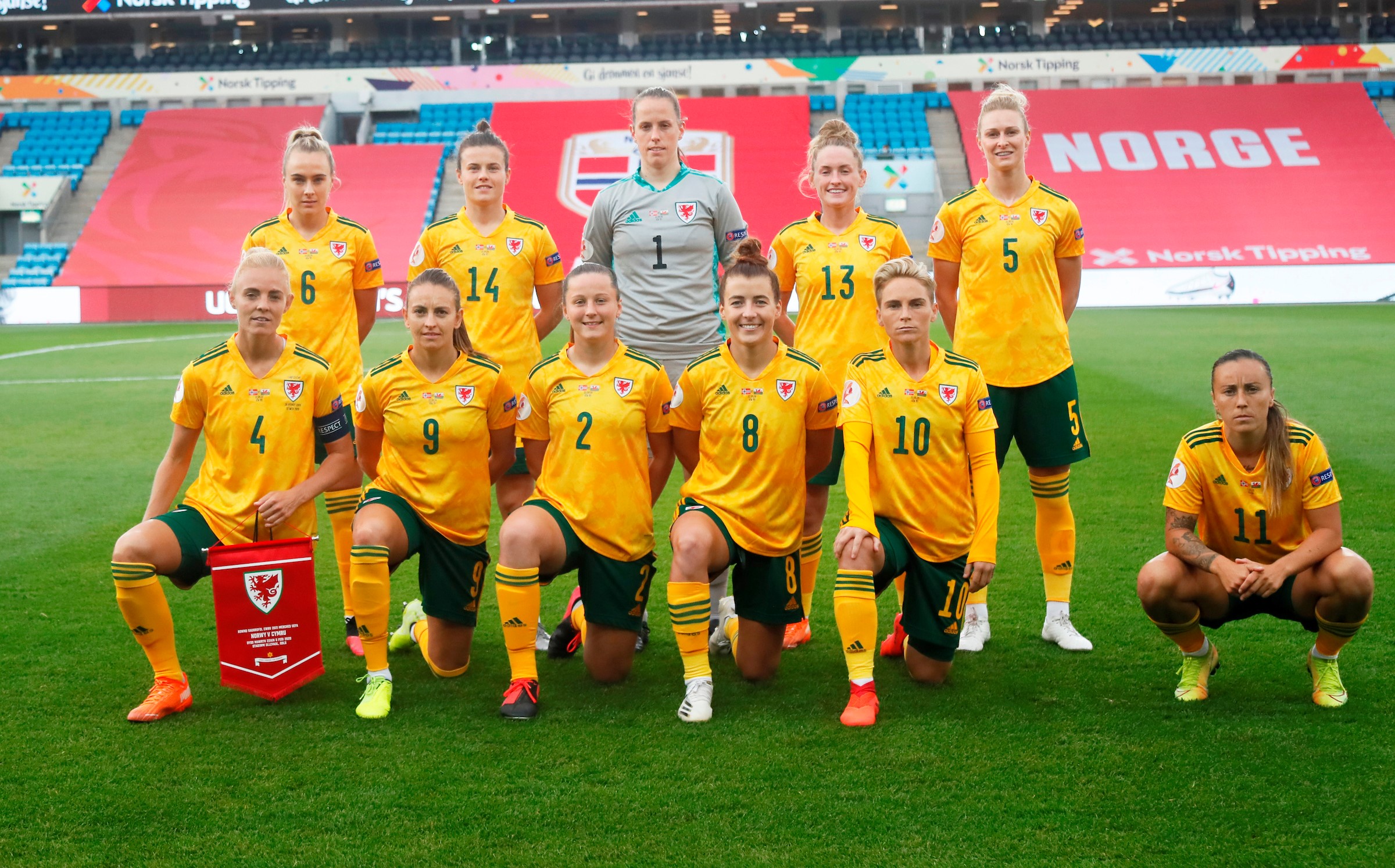 The Chelsea star saw her celebrations at joining Wales’ 100 Club tinged with disappointment after a narrow 1-0 defeat in Oslo on Tuesday.

There was nothing wrong with the performance against a side averaging eight goals a game in qualifying with Guro Reiten’s first-half goal proving the difference.

But Ingle is already looking ahead to next month’s return on October 27 five days after they face the Faroe Islands at home.

“It was one of our best performances despite the result, said Ingle, who joined Loren Dykes and team-mate Jess Fishlock in reaching 100 caps.

“When you come up against one of the top teams like Norway you have got to be patient and be willing to defend.

“We knew it was going to be a tough game coming out here. We respected them and they had a lot of the ball.

“We had a fair few chances we could have put away but it didn’t quite go our way. We just weren’t clinical enough.

“They are going to be a massive challenge for us, especially at home. We can’t wait to let them come to our place and hopefully, we can get the result we want.”

Of her cap landmark, Ingle added: “It was amazing. I still can’t believe I have played 100 times for wales and it means the world to me. That’s why I play football, there is no better feeling than putting on the red shirt.

“It’s a massive honour. I just want to keep fit and healthy.”

But Wales, aiming to qualify for a first major finals, created several chances against one of the world’s top team and also saw a penalty appeal turned down.

Jayne Ludlow’s side are now seven points behind group leaders Norway and in a straight battle with Northern Ireland for a runners-up berth.

The nine group winners and three best runners-up qualify automatically for the tournament, with the remaining six runners-up entering play-offs.

“It will be interesting to watch that performance back,” said manager Ludlow. “There were times when they (Norway) shone like a top nation would and they created a couple of chances.

“But when you think of the expectations going into the game for us I am s proud that the girls stuck to their task and we created opportunities.

“The details just wasn’t right and we didn’t finish them. But we created far more than people would have expected given the opposition they were up against.

“I am gutted for us that we didn’t manage to take any of the chances.

“We were disappointed with their goal at the time, but it was a good performance.

“It was an improving performance which is all I can ask for and if we manage to do that next month then hopefully improving next month means taking those chances.

“There is bitter disappointment right now as we wanted more, but we have them to play at home so there is always that.

“When all of our top players are fit we can compete with anyone and we showed that. Unfortunately, we didn’t get the result.

“The girls have got a month now to go away and play some more games then look forward to the next camp.”