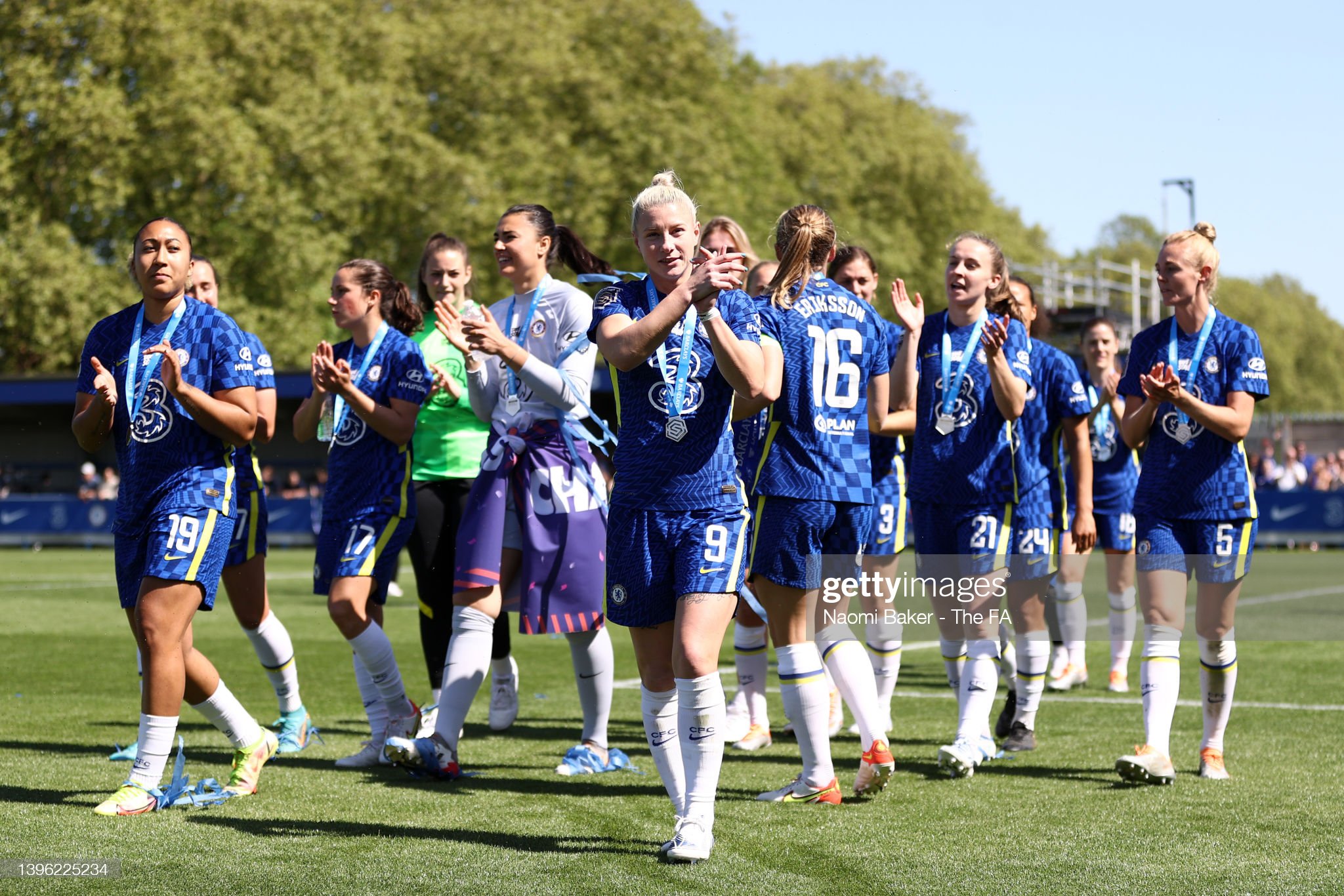 Sophe Ingle (far right) with her Chelsea teammates on a lap of honor. Pic: Gety Images.

The Wales captain made it a treble triumph of consecutive WSL winners’ medals with Chelsea as they twice came from behind to beat Manchester United 4-2 and hold off the challenge of second-placed Arsenal on Sunday.

Ingle was at the heart of the action in the Chelsea midfield and the 30-year-old will have a chance to finish the season with another trophy when her team face Manchester City this Sunday in the Women’s FA Cup Final.

After that, the Wales skipper will turn her attention to attention to international maters with a friendly against New Zealand in June preceding the crucial remaining World Cup qualifiers against Greece and Slovenia in September.

Goals from Erin Cuthbert and Guro Reiten, either side of a pair of stunning volleys from Sam Kerr, did the damage at a sold-out Kingsmeadow.

“First half, I thought we played with fear; second half we played to win and I have to credit the whole dressing room for switching that mentality because we knew we had something to lose,” said Hayes.

“Once we play like we had something to win, that was the difference.

“We’re 2-1 down at home, packed house, everyone’s thinking, ‘oh no, you can’t lose the title at home’ and then we go and do that second half, we’re just amazing.

“I’m absolutely mentally drained right now,” added Hayes. “I will just go home, have a cup of tea as usual and get ready for tomorrow.”

Arsenal knew they could snatch the title on the final day, if they bettered Chelsea’s result.

It looked within their reach when their rivals twice trailed the Red Devils, first following Martha Thomas’ header and again when Ella Toone volleyed home after Cuthbert briefly levelled.

But the Blues roared back in the second period. Kerr equalised and later gave her side breathing space with another fine strike following Reiten’s close-range finish.

Goalscorer Cuthbert said: “I feel like it’s the best one (title success) yet. The league’s getting tighter, more competitive, we’ve won it on the last day.

“Probably everyone was watching thinking we were down and out but never write off this team.

“We’ve got a top mentality, a top manager – what a day for the football club.”