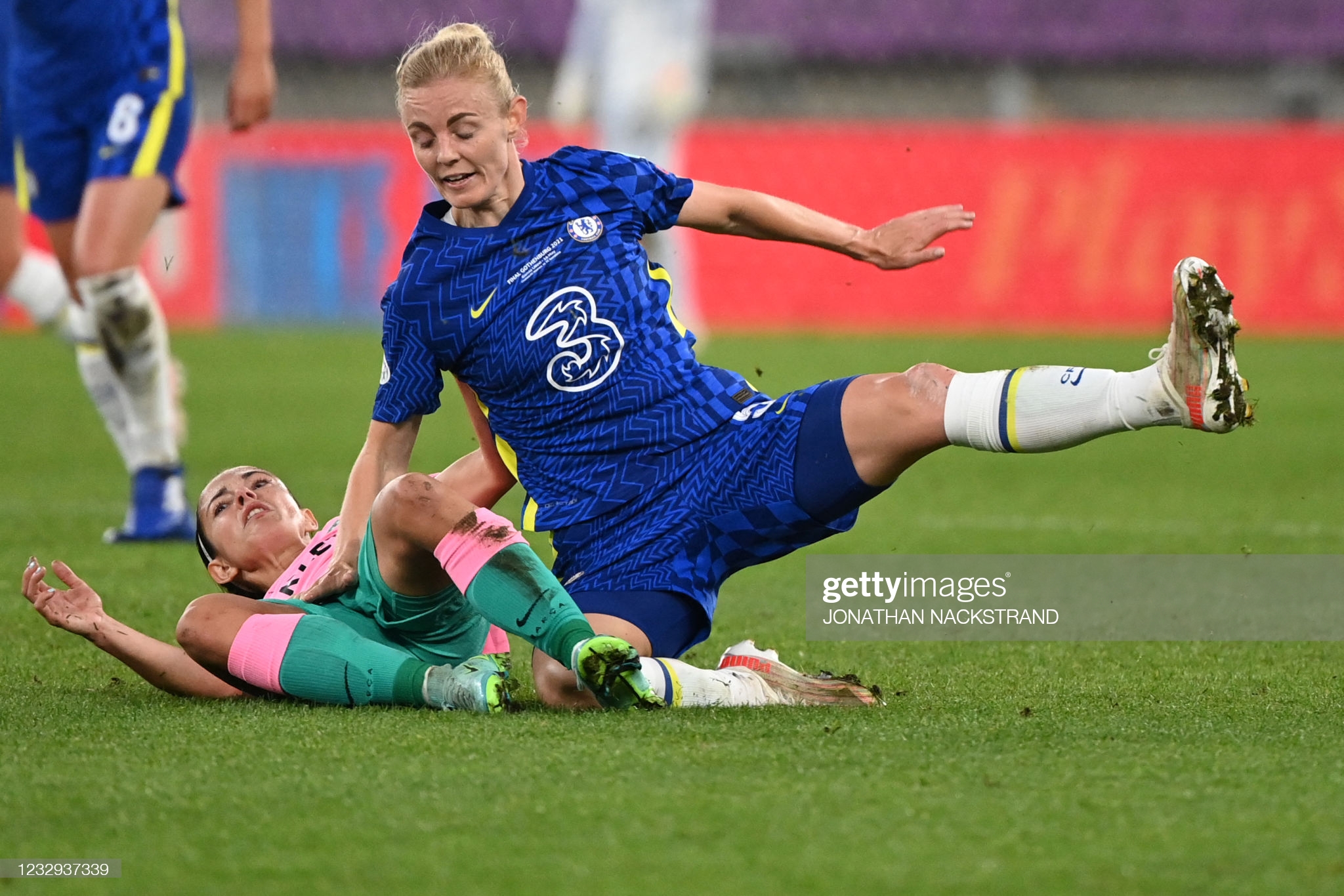 Sophie Ingle’s dream of joining Fess Fishlock and Jayne Ludlow in becoming a European champion ended due to naivety, according to her Chelsea manager Emma Hayes.

Wales captain Ingle was bidding to follow Fishlock and Ludlow to become the third Welsh woman to lift a Champions League trophy, but her bid was emphatically denied by Barcelona who won the final, 4-0 on Sunday night.

The showpiece final in Gothenburg turned into a nightmare for Chelsea who conceded four goals in the opening 36 minutes.

Ingle’s Chelsea side had hoped to add a European crown to their Women’s Super League and League Cup triumphs this season, as they looked to become only the second English side in history, after Arsenal and Ludlow in 2007, to complete the quadruple.

But Hayes admitted the final was “over before it began” but she insisted that despite some inexperience, the players will learn from the defeat.

Chelsea were stunned inside a minute when Melanie Leupolz inadvertently sent the ball looping into her own net, before giving away a penalty shortly after.

Within a quarter of an hour, Barcelona were already 2-0 ahead and storming towards a third, eventually winning 4-0 to lift their first-ever Women’s Champions League final trophy.

It was a tough defeat in Chelsea’s first appearance in a European final, but Hayes felt a touch of inexperience cost her side at times.

She told BT Sport: “It’s been a wonderful season for us, today was difficult because the game was over before it began and that’s what is so difficult to reflect on.

“To concede so early, we had two good chances and then they got the second through the penalty.

“Ann hasn’t had a save to make but we’ve lost 4-0, but the damage was done, I’m proud of the second-half performance, the players gave it everything.

“Congratulations to Barcelona, they’re worthy winners, deserving of the title and it’s something we will learn from because this is the next step. We showed some naivety at times.

“They were favourites for a reason and you have to stay in the game against this team. the early goal and the manner in which we conceded it… It’s an own goal and a penalty and we’re 2-0.

“That’s the difference. Everything fell for them – they got the rub of the green and they made that happen. They’re a wonderful team… I certainly will be gracious in defeat.

“Being in this position helps because as I said to the players, look at the scoreboard. That’s got to be a motivating factor when they come back for pre-season because this will stay with them over the summer.

“I felt calm coming into the game but I think some of the inexperience cost us. But they will grow and improve from that. They’re all really proud of the shift they put in.

“We have won the double so we’re not trophyless, but I’m gutted we didn’t get the chance to actually make a game of it. I did my best, I tried to coach the players and change a few things, just to give us a little bit of momentum.

“We’re not quite European champions but we’re the second best and I’ll take that as a step in the right direction.”

Defender Millie Bright also said Chelsea will learn from their defeat, but says her side were unable to covert their chances.

“It’s disappointing, we didn’t have the start to the game we wanted, but in these game against these opponents you can’t concede sloppy goals,” she told BT Sport.

“They had four chances in the first half and put four goals in the back of the net. It’s a massive learning curve but we’re proud of the journey.

“We had chances, but couldn’t put the ball away.

“Congratulations to Barca, they’re an incredible team and deserve it. We’ll be back better and back stronger for the next time.”