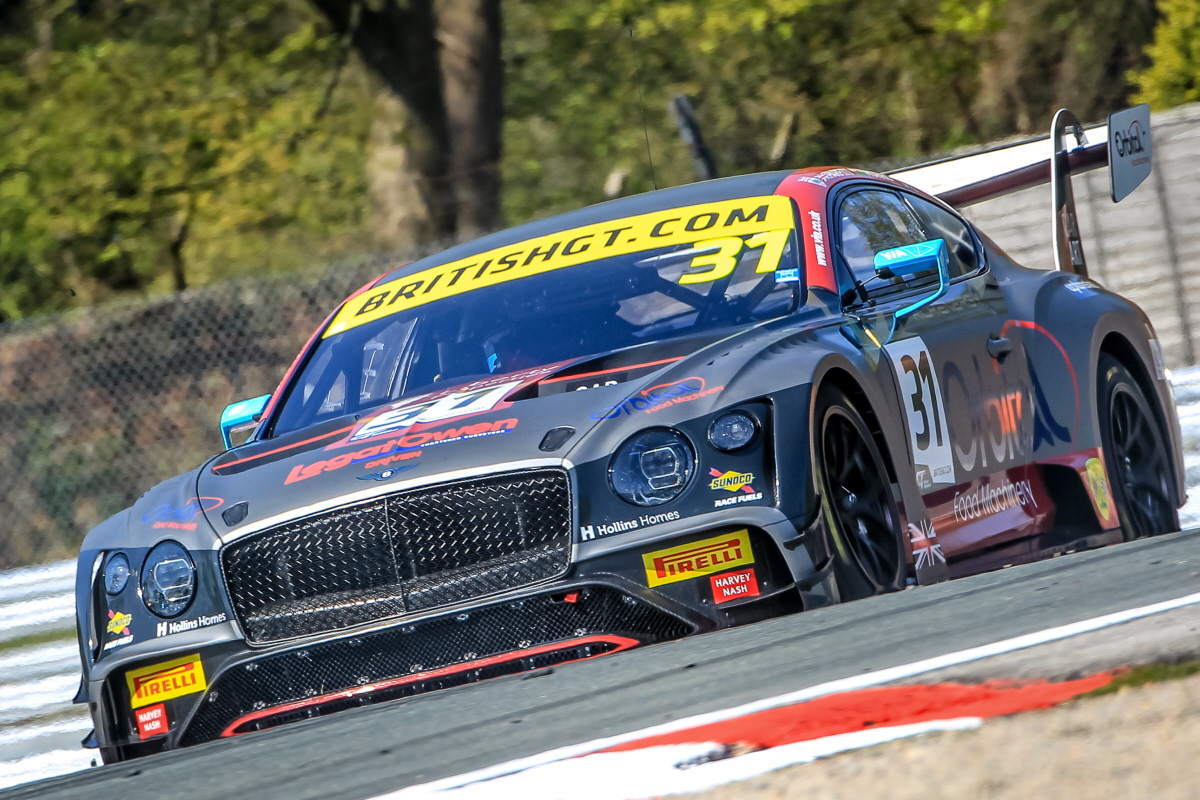 British GT racer Seb Morris is confident of scoring a good result in Belgium this weekend.

Seb Morris is hoping for a change of future and a late-season British GT Championship results boost, starting at Spa-Francorchamps this weekend.

A campaign that promised so much for the 2017 British GT title winning ‘dream team’ of Morris and driving partner Rick Parfitt Jnr has instead been one of frustration, with the Bentley Continental GT3 duo seeing a bid for a second title victory hampered by bad luck and an unfavourable ‘Balance of Performance’.

Last time out at Donington Park in June, they raced as hard as possible and extracted every last bit of performance from the impressively handling No.31 machine. Still, though, they had to settle for a seventh place result during the two-hour contest with the ‘BOP’ having a big impact.

Victory during the opening race of the season at Oulton Park in April certainly got Wrexham-born Morris’ return to the domestic championship off to a superb start, but since that time it’s been more of an uphill battle than expected.

Going into the 120-minute Spa race this coming Sunday, Morris and Parfitt Jnr are seventh in the overall championship standings and also seventh in the Pro-Am battle. Challenging for a big haul of points is, as ever, the goal and Morris is confident Spa will be much friendlier to the JRM Bentley.

“I think we’ll be okay at Spa, it’s obviously a bigger track and much longer than Donington where the BOP really held us back with the hairpins”, said Morris. “We’ll see how we get on but we’re pretty confident it should be a much stronger event for us, and Rick and I are as determined as ever to push for a big result.

“Unfortunately, we haven’t been able to test the JRM car since Donington so we’ll need to complete plenty of work in the free practice sessions. Hopefully we can have a strong qualifying and be in a position to challenge for the podium in the race.”

Morris was actually at the Belgian track at the beginning of the month for the official two-day Blancpain Endurance Cup test which acts as the annual pre-cursor to the Total 24 Hours of Spa, which will take place over the weekend 27/28 July.

Making his first official appearance as a Bentley factory driver with the M-Sport squad, the Welsh ace joined Rodrigo Baptista and Callum MacLeod with whom he will contest the 24 Hour race in the No.109 ‘works’ Bentley Continental GT3.

As well as a burning desire to make a long overdue return to the British GT podium with JRM at the weekend during round seven of the 2019 season, the race mileage will also act as great preparation for the upcoming twice-round-the-clock encounter in Blancpain a couple of weeks from now.

“It was fantastic being part of the official Bentley team for the first time during the 24 hour test and everything went really well, I integrated with the team well and we moved forward with the set-up,” added Morris. “It was great to be in an all-Pro environment for the first time, especially with a manufacturer as prestigious as Bentley – it’s where I want to be in the future.”

Free Practice and Qualifying at Spa takes place tomorrow, while the race itself starts at 12.30 (local time) on Sunday.