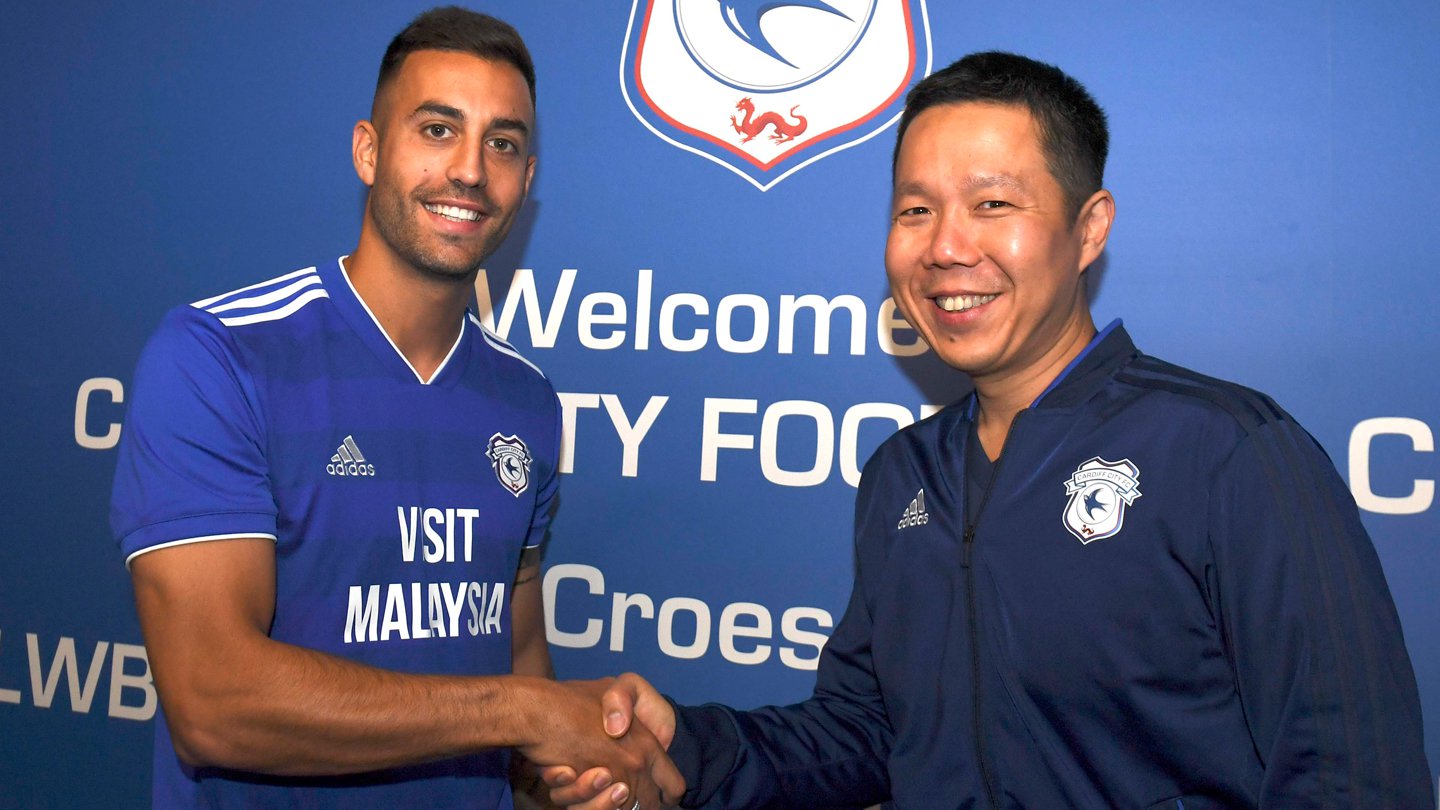 Spanish playmaker Victor Camarasa is sticking with Cardiff City – and he will be at the heart of their Premier League survival battle for the rest of this season.

The form of Camarasa, signed on loan from Real Betis, and Harry Arter, who is on a season-long deal from Bournemouth, has fired up speculation that they could be sold by their parent clubs.

But they are tied to the Bluebirds and manager Neil Warnock confirms: “Victor and Harry are with us until the end of the season.”

Warnock is preparing his team for a Premier League away match at Leicester City on Saturday followed by their home clash with second-placed Spurs on New Year’s Day.

“Both of them are on season-long loans, that is the plus for us,” says Warnock.

“We could not get Harry or Victor at this stage – it would be impossible.”

The two midfield players are going to be a major influence for City over the rest of this season. Camarasa, aged 24, has impressed during 18 Premier appearances, while Arter is all-action, energetic and highly effective.

“Victor has matured beyond all recognition,” said Warnock.

“Yes, it can be frustrating at times, but he has so much going for him in what he can do. We cannot worry about one or two things he’s not so good at. He is getting better as the season goes along.

“Betis can only thank me because I have put him in the shop window. They must have one hell of a team to allow him out on loan.

“I asked if there were any more reserves like this at their club.“

Camarasa developed through Valencia CF youth and Levante, while he signed a five-year contract with Real Betis last year.

Warnock’s medical staff are assessing the fitness of striker Callum Paterson, who has a one injury, while Kenneth Zohore is out for a couple of weeks with a thigh strain.

“If Cameron is available he will play,” said Warnock.”He had a knock on the side of his knee. Not the one he had an operation on. He was in a lot of pain so there was no point in risking him even though we’d had Zohore out for two weeks.

“Pat’s been an absolute gem. If I asked him to go in goal he’d put gloves on.

“We’ll see how it goes. Pat moans at everybody. Everybody’s wrong!

“It doesn’t bother me which way it goes because I thought Bobby Reid did a decent job.”

Leicester manager Claude Puel has reflected on their trip to Cardiff earlier this season, a fixture which was the first following the tragic helicopter accident that claimed the lives of Foxes chairman Vichai Srivaddhanaprabha and four others.

“When we played Cardiff it was a tough game because it was the first after the accident,” said Puel. “It was a lot of emotion. We had a fantastic response on the pitch.

“What a fantastic feeling with our fans at the end. It was a fantastic connection all together.

“I thank Cardiff fans because they have been fantastic for their support. It was a special day of course and we cannot forget this. “Tomorrow it will be a different game. It will be also the first game in the second part of the season. The second part – it is important to make a good start.”

Warnock talked about Leicester, saying: “They won the league a couple of years ago have improved every year. They’ve kept their best players and invested in the squad.

“That’s good management by them. When we’re starting at the bottom of the ladder that’s the sort of model we have to aim at.

“I was rooting for them to win the league because everybody likes an underdog, but they have good players and it’s going to be difficult.

“In the last couple of years we’ve had challenges thrown at us all the time. We ran before walking. First it was trying to stay in the Championship. Every six months has been a battle. All credit to the players.

“It’s been such a battle and that’s why the fans are with us. They remember the results earlier that season before I came.”

Warnock is keen to sign a right-back, midfield player and striker in January transfer window, having seemingly been priced out of the running for Nantes striker Emiliano Sala after a bid was rejected by the French club.